Please ensure Javascript is enabled for purposes of website accessibility COVID-19 vaccine demand drops in Texas, though less than a quarter of population is fully vaccinated - Mid Year Media Review
Skip to content 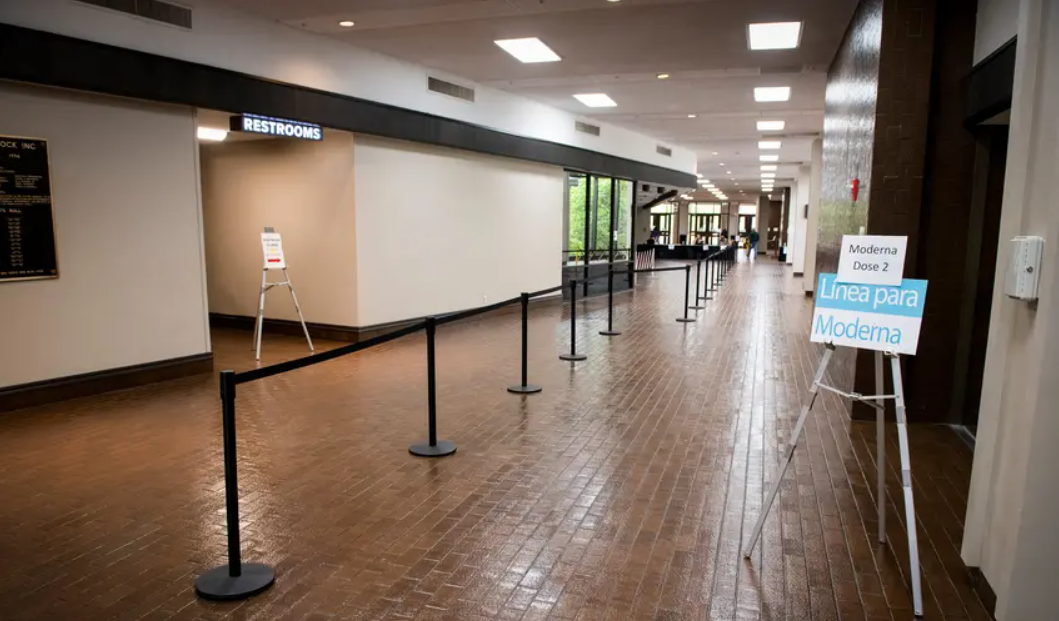 After months of not having enough COVID-19 vaccines to meet demand, Texas suddenly appears to have plenty of shots but not as many people lining up to receive them, even though more than three quarters of the state still isn’t fully vaccinated.

Almost 7 million Texans have been vaccinated against COVID-19 — more than 23% of the state’s population — and health officials say they are starting to see lower demand at public vaccination sites. Recent data show reported vaccine doses have decreased: The number of people who have gotten at least one shot in Texas grew by over 1 million during the week ending April 14; the following week the number dropped to about 660,000.

Across Texas, local leaders are trying to ramp up outreach efforts and fill more appointments. Houston’s FEMA hub at NRG Park is now offering walk-in slots, a shift from prior appointment-only requirements that kept some residents from getting early doses. The state will also be rolling out a TV campaign to boost vaccinations, Department of State Health Services spokesperson Chris Van Deusen told the Wall Street Journal.

“It seems we’re getting to the point that most people eager to get vaccinated have gotten at least their first dose,” Imelda Garcia, associate commissioner of laboratory and infectious disease services for DSHS, said during a Thursday press conference. “The next phase will be about helping ensure that vaccine is more easily available to those folks who are not going to go as far out of their way.”

Nationally, vaccine supply may outpace demand within the next month, according to the Kaiser Family Foundation, a health nonprofit.

Vaccination rates vary across Texas: most large urban and suburban counties, except for Tarrant County, are above the overall state rate in terms of the percentage of people who have received at least one dose. Along the border, a region that has been particularly hard hit by the pandemic, more than 40% of the population in many counties, including El Paso, Starr and Cameron, have gotten a dose — compared with 36% statewide.

In Starr County, Manuel Muniz, Rio Grande City’s fire chief and EMC, said vaccination rates have been slowing down for the past two weeks. Just over 40% of Starr County residents have been fully vaccinated, and Muniz said appointments have slowed over the last two weeks, with some sites only open once or twice a week. They’ve had to drive a few hundred unused doses back to the pickup location as well, he said.

Many county sites have been open to walk-ins for weeks, a change from the long waitlist they had during the first month of rollout, and are open to anyone in the Rio Grande Valley, Muniz said. Local officials continue to post hours and instructions on social media to make sure the process is understandable.

But in other small rural counties, the vaccination numbers are much lower: In roughly 50 of those counties, less than a quarter of the population have received a vaccine dose as of April 21.

Texas’ vaccination efforts are still missing people who have faced obstacles for months, said Catherine Troisi, an infectious disease epidemiologist with UTHealth School of Public Health in Houston. Some lack internet access or the computer skills to make an online appointment, while others lack transportation to reach a vaccine provider.

And Black and Hispanic Texans continue to be vaccinated at lower rates than whites, even as appointments become more available across the state.

Texas has been allocated 700,000 doses for next week, Garcia said, which is the lowest amount the state has received in the past month.

On April 13, the Centers for Disease Control temporarily suspended the Johnson & Johnson single-dose vaccine out of “an abundance of caution” because of concerns about blood clots. Federal health investigators had identified 15 confirmed cases of the clotting syndrome and three deaths as of Thursday — all in women — out of nearly 8 million doses given. On Friday CDC officials said they are investigating nearly a dozen more possible cases.

Given that it was easier to store and distribute, the vaccine had been prioritized for harder to reach populations, Troisi said, and this pause impacted people experiencing homelessness and homebound people the most.

But the Johnson & Johnson pause also has made it more difficult to convince some people to get vaccinated at all. Marisa Gonzales, community outreach program manager for Dallas County Health and Human Services, organizes vaccination registration events and said that while her events had plenty of action before, only a handful of people signed up at her location in West Dallas on Thursday.

“Especially after Johnson & Johnson was paused, anybody who had any kind of reluctancy now really has [more] reluctancy,” Gonzales said. “A lot of people still don’t trust it.”

Troisi said Republicans consistently show lower intention to get the vaccine than Democrats and independents in Texas, according to a University of Texas/Texas Tribune survey.

“That’s actually increased since March,” Troisi said. “We used to talk about communities of color being hesitant. But in that case, it’s more barriers, it’s just harder for them to get to the place to be vaccinated.”

Muniz said Starr County’s recent slowdown can be partially attributed to the J&J shot being pulled — many people in the region are seasonal workers and prefer to get a single dose rather than two shots spaced weeks apart.

Experts say that this new stage of the vaccination process might require more tailored strategies.

“We need to start thinking about reaching out, really extending and doing other types of community clinics, whether it’s at smaller clinics, at churches, in other parts of the county, in rural areas, just again, making it easier to get [vaccines] to people,” said Kelly Craine, communications lead for the Waco McLennan County Public Health District.

In the Rio Grande Valley, Carlos Sanchez said that one of the groups that concern him are younger people, who might not have high mortality rates when they get infected, but still can be key in spreading the virus.

“Many are sitting on the fence, for others just right now it’s not a high priority for them,” said Sanchez, spokesperson for Hidalgo County. “We’re trying to figure out why or how we can reach those. I’m in the process of trying to organize a focus group of people in that demographic to get a sense of what we can do.”

Experts and county officials across the state stressed that now is the moment to vaccinate as many people as possible to avoid a new surge in cases as new, more contagious variants of the virus continue to spread. In Dallas, where less than a quarter of the population was fully vaccinated as of Wednesday, Marisa Gonzales said they “still have a tremendous amount of work to do.

This article was originally posted on COVID-19 vaccine demand drops in Texas, though less than a quarter of population is fully vaccinated