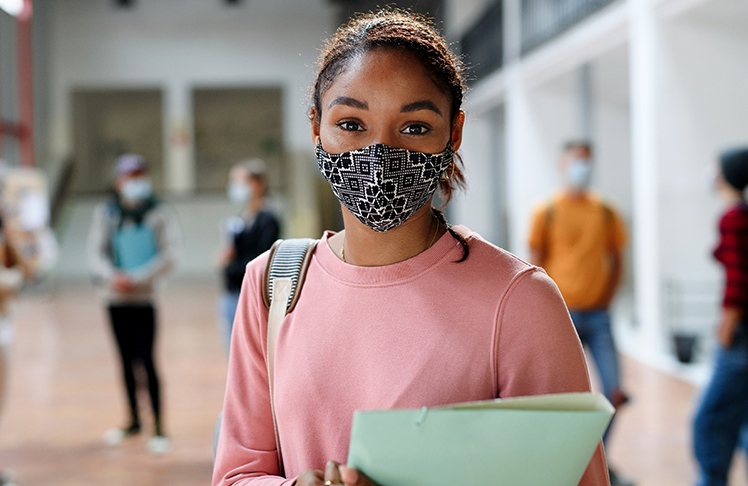 “I’m public enemy No 1 with the teachers and their unions. It is a badge of honor.”

When COVID-19 shut down classrooms from coast to coast, few districts had contingency plans to plug the hole it put in our children’s learning skills and plans for the next year. This impacted many of their SAT scores, scholarships, college entrance requirements and exams. It negatively skewed standardized tests taken in the spring. And those who needed extra help to keep up their grades fell further behind. It also made graduating a challenge for those who needed required classes.

With no strategic plans during a shutdown, and generous union contracts, school teachers across the U.S. collected full time checks while sitting home. States require schools to include 180 days of classroom instruction and teaching programs. But this was ignored around America. Teachers got paid if they worked or not and many children played with friends instead of doing lessons in quarantine. The only students schooled as usual were by home schooling parents.

In 1979, Jimmy Carter created the Department of Education to win support from teachers unions. With a 28% approval rating, he was desperate for votes. Neither the Senate nor voters supported it but he did it anyway. Upon signing the bill, he said, “The Federal Government will be a vocal partner in American education.” With a stroke of a pen, he nailed the coffin shut on local education.

For four decades, we haven’t seen any amelioration in education. The DOED has failed miserably to improve our schools. Every attempt to dissolve this bureaucratic quagmire has been filibustered by the National Education Association. In 2018, U.S. Rep. Thomas Massie, R-Ky., introduced HR 899 to dismantle the DOED and the left frantically sent it to limbo.

“Limbo is when you go from nowhere to nowhere.”

According to a recent report from the GAO, all reform movements by the Department of Education have failed miserably. George Bush’s No Child Left Behind, Barack Obama’s Race to the Top, along with Bill Gates’ Common Core debacle have resulted in highway robbery at the expense of taxpayers.

The GAO identified three key shortcomings in the DOED: methodology, data quality, and oversight. The GAO found offices consistently failed to document activities. Over $21 million in grants could not be tracked where they went. A $170 million grant for Rural Education Achievement in 2016 had no data how funds were used. They concluded over half of DOEDs grants were either ineffective or results were unsatisfactory. They concluded this was a discernible coverup for mismanagement.

When this department was created, it federalized the teachers and the unions. Politicians make it impossible to track the success or failure of programs. School districts and unions have found the DOED a convenient vehicle to pass worthless expensive mandates for personal benefit. This is a coverup for wasting tax dollars on failed public school programs.

“A body of men holding themselves accountable to nobody ought not to be trusted by anybody.”

In its June 2018 ruling in Janus v. County and Municipal Employees, the high court shut down a crucial source of revenue for government and public unions. Teachers were no longer required to pay mandatory fees for collective bargaining. Unions had to represent all teachers even if they paid dues or not. What seemed like an opportunity to return control of education to the taxpayers was a paper tiger lacking fangs. The unions fought back the next election and took control of the House.

According to Lily Eskelsen García, president of the nation’s largest public employee union, the National Education Association (NEA), “We sit here today having budgeted for what we thought might be a worst-case scenario, a drop of a couple hundred thousand members, and we are up several thousand!” Since Janus, the NEA has been gaining members and increasing political power yearly.

Author Bruce Sterling wrote, “Give a guy a license to steal, and he will use it.” When Carter got in bed with the NEA, this gave them a license to abuse tax dollars. Not one local county commission meeting takes place without school districts begging for money. Each legislative calendar is filled with education bills to fund projects for failing schools. And every year education budgets increase even if enrolment drops.

“Don’t confront public-sector unions if you like your job.”

In 2020, Nancy Messonnier of the Centers for Disease Control and Prevention warned school systems to prepare for a shutdown and make contingent plans. Yet school officials were caught with their pants down when it happened. Few had plans to teach online, yet students had laptops and access to Zoom and Google Classroom. Teachers scurried to “prepare lessons” for students to take home. Yet the DOED claims they sent bulletins to the state boards and the NEA to prepare for at home teaching.

Rahm Emanuel told Obama “never let a crisis go to waste.” And he didn’t. He put the expansion of government on steroids. This is an ideal time for American parents and taxpayers to take back their school districts from local boards, state supported unions and politicians. They must react while the iron is hot. The incestual relationship between the NEA, the DOED and politicians has removed the taxpayer voice in the education system they pay for. “Will they let this national crisis go to waste?”

All government is local and so is education. Schools must be held accountable to the taxpayers, not federal directives or teacher unions. Each city, state and child has different needs. Education is not one size fits all. If the states controlled education and taxpayers made the decisions, it would insure they were prepared for a crisis like COVID-19, and local disasters that disrupt schooling. Taxpayers finance education and they should make the decisions how their local education dollars are spent.

The pandemic exposed many problems with the curriculum in our public schools. Virtual schools allowed students to continue classes and gave parents a chance to sit in the classrooms and see everything that was taught to their kids. And for most of them, this was a rude awakening. For the first time, they were exposed to the half truths and mistruths within the Common Core classrooms.

With federal budgets suffering from the pandemic, the time is ripe for Americans to strike back and rescue our schools from common core entrapment. Now parents have been exposed to teaching materials and books used in their schools, it is easy to see why the Millennials and Generation Z have turned to socialism. With less federal money available, parents have more influence with the states and boards for school choice, as well as public school curriculum for the first time in years.

The federalization of education turned classrooms into venues to teach the merits of federalism to our youth. We have a society of young adults who have never learned what makes America a truly great nation. We have it in our power to fix that now. We can’t let this education crisis go to waste.

“The teachers unions that block school reform have done serious damage to the union brand. The public no longer views unions as their friend, much less their champion.”