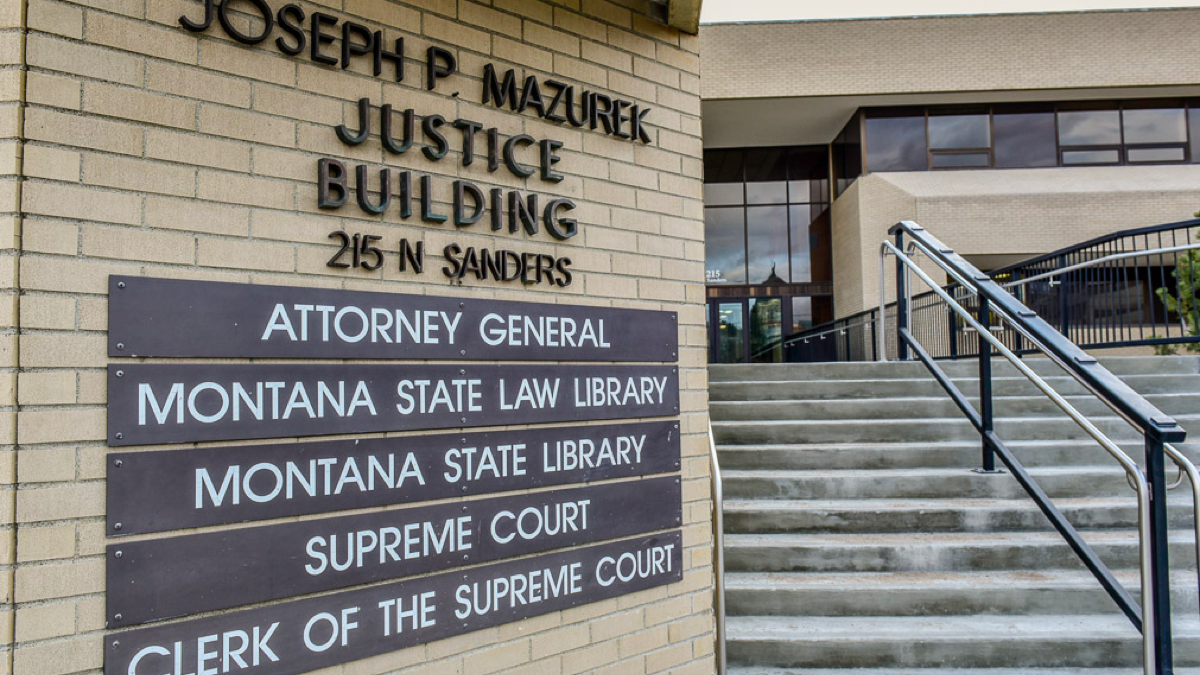 Lawmakers on the Senate Judiciary Committee heard extensive debate Tuesday on a bill that would change the process for filling vacancies on the Montana Supreme Court and in state district courts.

Currently, those vacancies are filled when the governor selects a candidate from a pool of nominees compiled by the state Judicial Nomination Commission. A bill sponsored by Sen. Keith Regier, R-Kalispell, and supported by the Gianforte administration, would repeal that commission and allow governors to directly appoint eligible lawyers to occupy vacant positions until judicial candidates are on the ballot during the next scheduled general election.

Proponents and opponents presented analytical legal arguments dissecting the integrity of the current nominating process and the possible impact of the method proposed in Senate Bill 140. Eight people spoke against the bill, while six offered support, including Lt. Gov. Kristen Juras, formerly an adjunct professor of law at the University of Montana.

“Moving forward, Gov. Gianforte is committed to appointing well-qualified judges in a transparent manner, allowing the public to nominate and comment on candidates. He will appoint judges who respect the powers delegated to the separate branches of government and who will bring to the bench a depth and diversity of legal experience,” Juras said. “Governor Gianforte requests a yes vote on Senate Bill 140.”

The current Judicial Nomination Commission, created after the ratification of Montana’s 1972 Constitution, inserts some distance between the governor’s office and the judicial branch. Four of its term-limited members are lay people appointed by the governor, while two others are appointed by the state Supreme Court and one is selected by district judges. Nominees vetted by the commission are forwarded to the governor.

“SB 140 removes that formal public oversight and formal input from the bench in the bar as to the qualifications of judicial nominees,” he continued. “I know people may not like to hear it, but lawyers and judges are the experts when it comes to the courtroom. We live there every day. And we really do want you to hear our opinions on judges, and the process that we have now allows that.”

Thirty-seven other states use similar nominating commissions to fill vacancies, while the federal system uses direct appointments by the sitting U.S. president, an approach akin to the proposal contained in SB 140.

Juras, in her testimony, asked lawmakers to question the presumption that the current nominating process is nonpartisan. According to a review of two decades of campaign contributions made by recent members of the commission, Juras said, she found that hardly any political donations went to Republican candidates.

“This is a partisan commission, and quite frankly, when Republican governors appoint, the commission members tend to be Republican,” Juras said. “But let’s get rid of the fiction that this is somehow a nonpartisan process. It is not.”

Rather, Juras advocated for vesting the authority of filling court vacancies solely in the governor. During questioning, Democratic senators challenged the idea that removing a panel of legal professionals and civilians from the process would add integrity to the vetting process.

“I’m wondering, how are we fixing the issue of partisanship by going from a commission that has some partisan people and a number of nonpartisan elected judges to having it be just an appointment by a fully partisan process under the governor?” said Sen. Bryce Bennett, D-Missoula.

“The point I am trying to make is this fiction that we somehow have a nonpartisan process in place today,” Juras said. “We don’t. It doesn’t change what’s happening. We’re just being honest and transparent about it.”

The current chair of the Judicial Nomination Commission, Gallatin County District Court Judge John Brown, spoke at length about the current process for filling empty seats, explaining that deliberations are public and members’ votes are transparent, meaning that a governor can see whether support for a candidate was unanimous or divided when deciding appointments.

In the current version of the bill, any eligible lawyer would be able to apply for vacant positions after the opening is publicly announced. There would then be at least 30 days for public comment before the governor selects the appointee.

“Gov. Gianforte simply wants the opportunity, in fulfilling his role to appoint vacancies as granted to him under the Constitution, the opportunity to speak to each candidate who applies for that vacancy,” Juras said.

The Senate Judiciary Committee did not vote on the bill Tuesday.