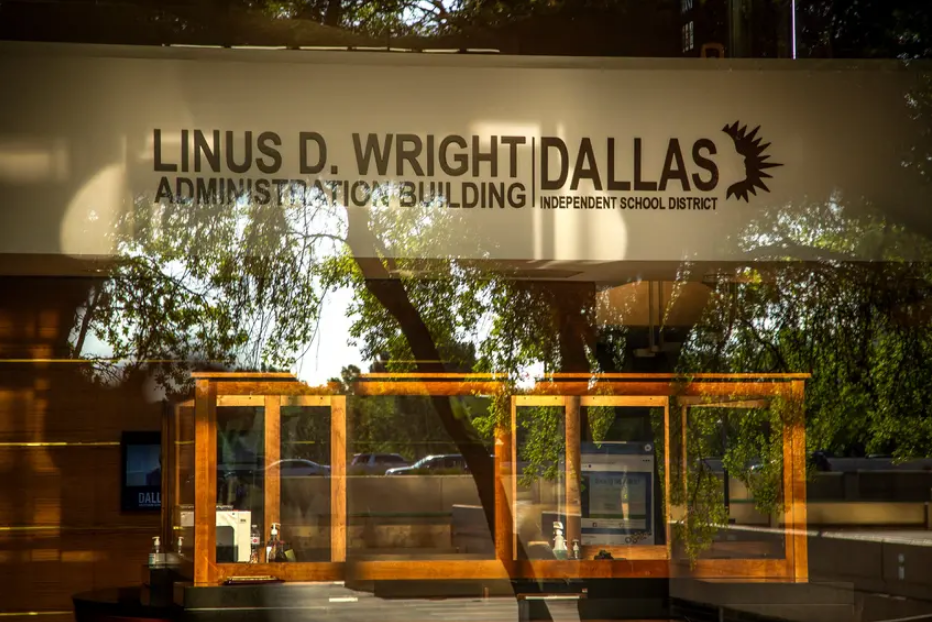 Instead of kicking students out of school, the district plans to use digital tools that have become part of school life during the pandemic to create in-school “reset centers” where students can Zoom into classes and access mental health professionals and teletherapy.

If approved by the Dallas school board as expected, the new policies in Texas’ second-largest school district would be unprecedented in the state and among the most progressive discipline reforms in the country, education experts said.

“If it’s done correctly, it could be truly historic,” said Andrew Hairston, director of the Education Justice Project at Texas Appleseed, a social and economic justice nonprofit.

The move would not only end suspensions for minor behaviors, but also change how more problematic issues like fighting and bullying are handled.

Students involved in more serious infractions such as sexual assault and felony drug possession will still be expelled as required by state law.

“Suspension was never the right structure, but it is certainly not the right structure coming out of a global pandemic,” said former Dallas ISD school board trustee Miguel Solis, part of a task force charged with overhauling how the district handles disciplinary issues.

After the murder of George Floyd sparked a national reckoning on issues of institutional racism, Solis said, Dallas ISD resolved to take a clear-eyed look at its systems and policies. Board President Justin Henry called on trustees to suggest comprehensive policies addressing the unequal experiences and academic outcomes of the district’s Black students.

In the 2019-20 school year, Black students made up 21.6% of the district’s enrollment and accounted for 51.6% of out-of-school suspensions. Meanwhile, Black students’ academic outcomes were worse than their peers.

“Every way we sliced the data, African American students are at the bottom, but when we look at special education and discipline, they’re at the top,” said Pam Lear, a member of the task force and Dallas ISD chief of staff and race equity officer.

Anticipating a “second pandemic” of mental health challenges as students return to school next academic year, the task force recommended capitalizing on technology schools have used to connect teachers and students for more than a year.

Tools like teletherapy, Google Classroom and Zoom — though rarely used before the pandemic and considered not as effective as in-person counseling or classes — have become ubiquitous. Dallas officials say they can be used to safely connect struggling kids to help rather than banishing them from school.

Mental health issues, academic frustration, social anxiety and a lack of coping skills often fuel incidents that get students kicked out of class, said Solis. All are likely to increase as students relearn how to be in a school building with their peers and process the economic hardship, fear, instability and grief of the past year.

While people used to be skeptical of teletherapy for behavioral and mental health support, that perception is changing with the pandemic, said Stephanie Taylor, clinical director of psychoeducational services for Presence Learning, which provides online special education services for thousands of schools across the country. “The pandemic forced some changes,” she said.

School districts now have the chance to be proactive as they account for the trauma students have endured and adjustments they will have to make to reacclimate to school, Taylor said. “Those who anticipate the different settings and the different levels of need … are the ones who will have the easier transition.”

He remembers, as a middle school teacher, seeing students under in-school suspension wearing orange safety vests so teachers could identify them, he described, “like prisoners.” Relegated to a portable building for most of the day, the students would travel in a supervised group for bathroom breaks.

“It was a quasi-criminal justice situation,” Solis said. The teacher in charge was not trained in restorative justice, didn’t teach lessons, didn’t do anything except oversee the preteen inmates.

Dallas has been adopting restorative practices for years, but fully ending discretionary suspensions and making proper use of the reset centers will require full buy-in from teachers, said Lear. “Everybody who is implementing has to go through the process of ‘why are we doing this?’”

According to a report by Texas Appleseed, school suspensions have been a common school discipline tool in Texas at least since 1969, when lawmakers wrote disciplinary standards into the state’s education code under the title “Law and Order.” Efforts to end the practice have been opposed by teachers and administrators as well as state lawmakers, Texas Appleseed senior staff attorney and former educator Vicky Sullivan said.

The desire to end exclusionary discipline as much as possible has existed in the district for a long time, Solis said. In 2017, the school board banned suspension for children in pre-K through second grade, a local policy that became state law later that year. However, the peak year for suspension was seventh grade, and Solis wanted to see the ban used where it was needed most.

“This issue never went to sleep for me,” Solis said.

Exclusionary discipline was heavier not only in certain grades, but in certain schools as well. It was a districtwide problem, but looking closer, it was possible to see clusters of expulsions, teachers who relied on it more heavily than others.

“We also have to look at implicit bias,” Lear said. “We need to ensure that there is awareness.”

To help with this, the task force is proposing increased training for teachers and the creation of an early warning system to help address trauma and prevent larger problem behaviors. The goal is for teachers to have classroom cultures that minimize stress and for campus staff to intervene with mental health checks before a disciplinary code is even needed.

“The teacher-student dynamic is going to be radically different,” Solis said.

Lowering the emotional temperature will serve teachers who have their own trauma and strain from the pandemic, which stretched many of them well past what they’d been trained for in the classroom, on top of fears and losses from the virus.

Implementation will be everything, said Hairston, and initially Dallas ISD should expect to hear from administrators and teachers that “kids are still acting out.” The change in culture won’t happen immediately, he said, but neither did the punitive system Dallas is trying to replace.

“It took [decades] to create this behemoth — it will take more than a few years to address the full magnitude of its past and present harms,” Hairston said, speaking not only of Dallas ISD, but of the national K-12 public school system’s heavy reliance on suspension and expulsion.

Retooling a disciplinary system for more than 150,000 students is no small feat, Dallas ISD Superintendent Michael Hinojosa acknowledged. But it could be one way that the “new normal” created by the pandemic is better than the old. It may take time to get every teacher at every campus on board, but Hinojosa wants to see progress beginning in August, assuming the board greenlights the initiative, which should cost around $4 million, in May or June.

“I’m going to be patient, but also impatient,” Hinojosa said. “We’ve got to get it right.”