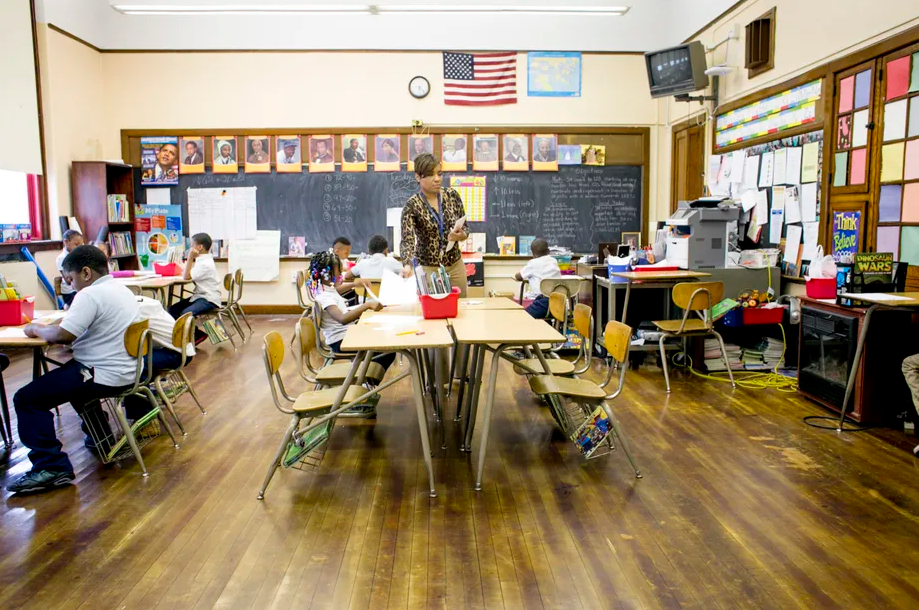 Teachers and school leaders in the Detroit school district are strongly opposed to bills in the Michigan legislature that would sharply restrict how racism and sexism are taught.

The Detroit Public Schools Community District has submitted about 81 letters opposing House Bill 5097 and Senate Bill 460, introduced this past year and sponsored by Republican state Rep. Andrew Beeler and Republican state Sen. Lana Theis, to lawmakers. Most of the letters were written by teachers.

Bill 5097 passed the Michigan House on Nov. 2 and is awaiting a hearing from the Senate Committee on Education and Career Readiness. The proposed legislation would prohibit school lessons that promote “race or gender stereotyping.”

If Senate Bill 460 passes, schools would lose 5% of their funding if educators teach critical race theory, an academic framework that historically examines systemic racism as a part of American life and institutions. The bill has not come to the Senate floor.

Michigan educators could also be docked for teaching “anti-American ideas” about race, or material from “The 1619 Project,” a New York Times Magazine initiative that ties the growth of the United States to the consequences of slavery and the contributions of Black Americans.

CRT has quickly become a catchall term used by some conservative lawmakers and activists to describe various state and local efforts to create equity policies or diverse curriculums in K-12 schools.

“Our curriculum is deeply using critical race theory especially in social studies, but you’ll find it in English language arts and the other disciplines,” said Superintendent Nikolai Vitti during a school board meeting Tuesday.

In a subsequent academic committee meeting Monday afternoon, Vitti reiterated that the district embraces the basic tenets of CRT as part of its 2020 anti-racism resolution to reexamine district-wide policies and curriculum and encourage students and teachers to critically analyze dominant historical narratives and question institutions of power.

School board member Deborah Hunter-Harvill suggested drafting an additional resolution outlining the district’s opposition to the anti-CRT bill at the December school board meeting, as well as promoting letter writing among district parents and teachers.

Vitti said he believed the proposed bills may get passed based on what other Republican-controlled legislatures with similar measures have done. The district’s best strategy to fight the bills, the superintendent added, is to lean on Gov. Gretchen Whitmer’s veto power.

“What I find interesting about this whole idea is that if you look at what critical race theory is, by definition, this legislation is probably the best example of it,” Vitti said.

“You have white Republicans largely outside of Detroit — a community of color — legislating what you can or cannot teach in schools. If that’s not one of the best examples of structural racism, I don’t know what is.”

Port Huron Republican Andrew Beeler, a lead sponsor of the House bill, recently said he was careful not to invoke the term “critical race theory” in his proposed legislation as other conservatives across the country have used to condemn curricula they deem too liberal.

Community members decried the recent bills occurring at the Legislature and across the country and its attempts to censor Black history.

“We are at a point where history is about to repeat itself and the repeat is keeping the truth away from our children,” Helen Moore, a longtime education activist, said at Tuesday’s school board meeting.

“American history. Black history. African-centered education. (Critical) race theory. What’s the difference? Why are we so afraid to deal with what has happened in America?”

The Detroit school district has a long history of centering African American history and establishing schools that emphasize Afrocentric traditions. The district had over a dozen African-centered schools during the 1990s. Following a series of closures during the district’s state-run emergency management, the city currently only has two African-centric schools: Paul Robeson/Malcolm X and Marcus Garvey Academy.

“Our children need to know their story. No student needs to be able to graduate from any public school or institution without knowing our story in its entirety, with all of its graphic (details).”