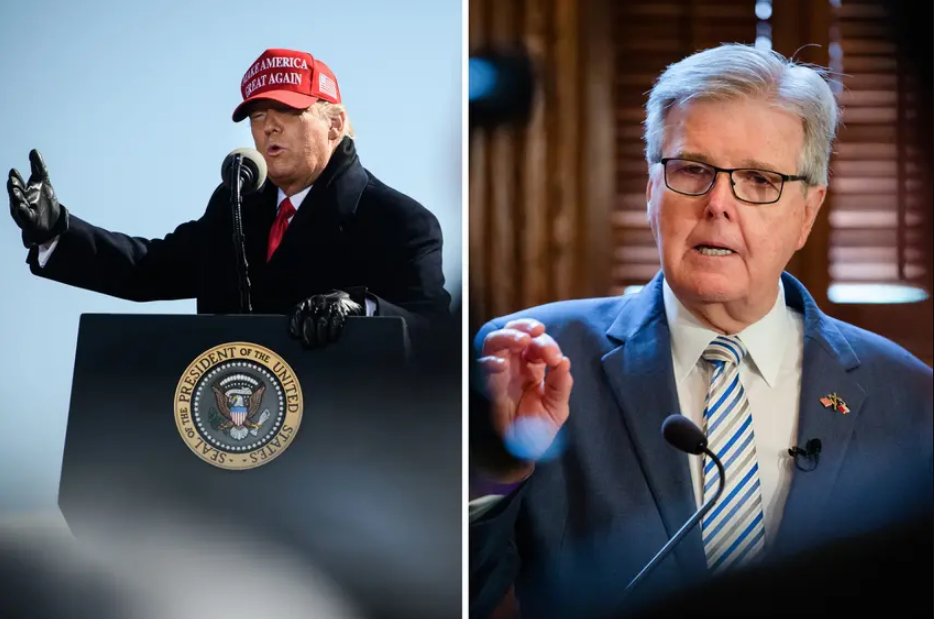 Former President Donald Trump endorsed Lt. Gov. Dan Patrick for reelection Monday, giving a top ally in Texas an early boost in his bid for a third term next year.

“Lieutenant Governor Dan Patrick is a great fighter for the people of Texas,” Trump said in a statement. “Texans should re-elect him! He is outstanding and has my Complete and Total Endorsement!”

Patrick chaired both of Trump’s campaigns in Texas, but he has had to deal with some heat from within his own party lately. After the state House passed a bill last month allowing the permitless carry of handguns, Patrick faced pressure to get it through the Senate despite initially saying the votes were not there. He found an avenue, and the Senate passed the House bill last week — but not before adding amendments that have concerned some backers that the proposal could die on procedural grounds.

Patrick took another hit from inside his own party in March, when Agriculture Commissioner Sid Miller sued Patrick over Senate rules requiring a COVID-19 test to participate in certain chamber procedures. A state judge dismissed that lawsuit Friday.

Miller has kept open the possibility he could run for another statewide office in 2022. He has also closely aligned himself with Trump.

Patrick said in a statement that he was “honored” by Trump’s endorsement and noted how they became “good friends” as he guided Trump’s campaigns in Texas. In a statement, Patrick also made a full-throated pitch for his own reelection, saying he will “continue to lead the fight to make sure [Democrats] gain no ground — not an inch — in Texas.”

Patrick has said he plans to run for a third term in 2022 but that it would be his last if he wins. He has already drawn a likely Democratic opponent in Mike Collier, who ran against Patrick in 2018 and lost by 5 percentage points. Responding to Trump’s endorsement of Patrick, Collier pointed to how the margins of victory for both Patrick and Trump in Texas have narrowed over their past two elections.

“The math is clear: Dan Patrick and Donald Trump’s extremist politics is why Texas will flip in 2022,” Collier said in a statement. “As we say in Texas, that dog don’t hunt.”