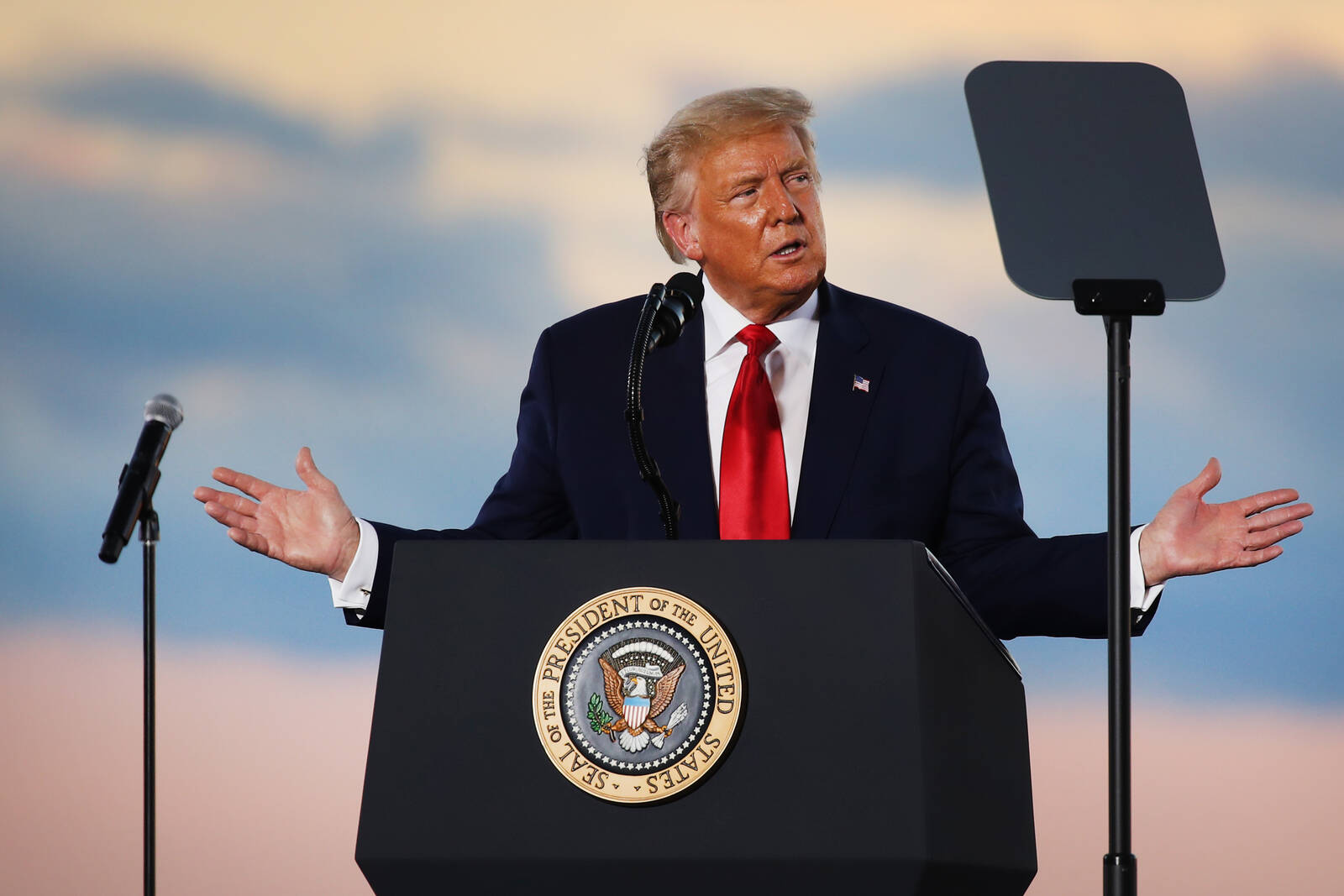 Former President Donald Trump is stepping up his involvement in the final hours of the Saturday special election to fill the seat of the late U.S. Rep. Ron Wright, R-Arlington.

Trump — who endorsed Wright’s widow, conservative activist Susan Wright, for the seat on Monday — is hosting a tele-town hall for her on Thursday night, The Texas Tribune has learned. The town hall is being put on by the Club for Growth, the national conservative group that endorsed Susan Wright on Wednesday.

The Club for Growth has also launched an 11th-hour radio ad to spread the word about Trump’s endorsement, which came on the second-to-last day of early voting. The minute-long spot warns that “out-of-state anti-Trump forces” are working against Susan Wright and says the race “may be a key test of Trump’s continuing power in the party.”

The race is arguably the first major electoral gauge of Trump’s clout within the party since he left office in January. He made an endorsement in another special congressional election last month in Louisiana, but it was far less competitive. Trump has made clear he plans to remain a force in GOP politics moving forward.

Susan Wright, a member of the State Republican Executive Committee, is one of 11 Republicans on the ballot Saturday, which features 23 candidates total — and is likely to go into a runoff. While she secured Trump’s backing Monday, it came as at least two GOP rivals continue to tightly align themselves with the former president, possibly stirring confusion about who he is truly supporting in the crowded special election.

One GOP candidate — Brian Harrison, the former chief of staff at the Department of Health and Human Services under Trump — has been airing broadcast TV ads showing him standing beside Trump in the Oval Office. Another Republican running, former pro wrestler Dan Rodimer, is leaning heavily on the fact that Trump endorsed him when he ran for Congress last year in Nevada, regularly advertising that he is the “only candidate [in the special election] to have ever received a Trump endorsement.”

Susan Wright and her allies have limited time to capitalize on the Trump endorsement, which arrived Monday afternoon. By the end of that day, 32,000 votes —a significant chunk of the total anticipated vote — had already been cast. The early voting period ended Tuesday with over more than 45,000 ballots cast.

In addition to the radio ad, the Club for Growth is spending on text messages and phone banking to boost Susan Wright in the race’s closing hours, according to disclosures made Wednesday with the Federal Election Commission.

While the Club for Growth formally backed Susan Wright on Wednesday, it has been involved in the special election for weeks, spending over a quarter-million dollars attacking one of her closest GOP competitors, state Rep. Jake Ellzey of Waxahachie. The group backed Ron Wright when he first ran for the seat in 2018 and then again when he sought reelection in 2020.

The Trump tele-town hall for Susan Wright is scheduled for 7:30 p.m. Thursday, and the Club for Growth’s president, David McIntosh, is expected to join. Trump previously dialed in to similar events last year for two Texas congressional hopefuls, Tony Gonzales and Ronny Jackson, on the eve of their hard-fought primary runoff elections. Both prevailed in their runoffs and went on to win in November.