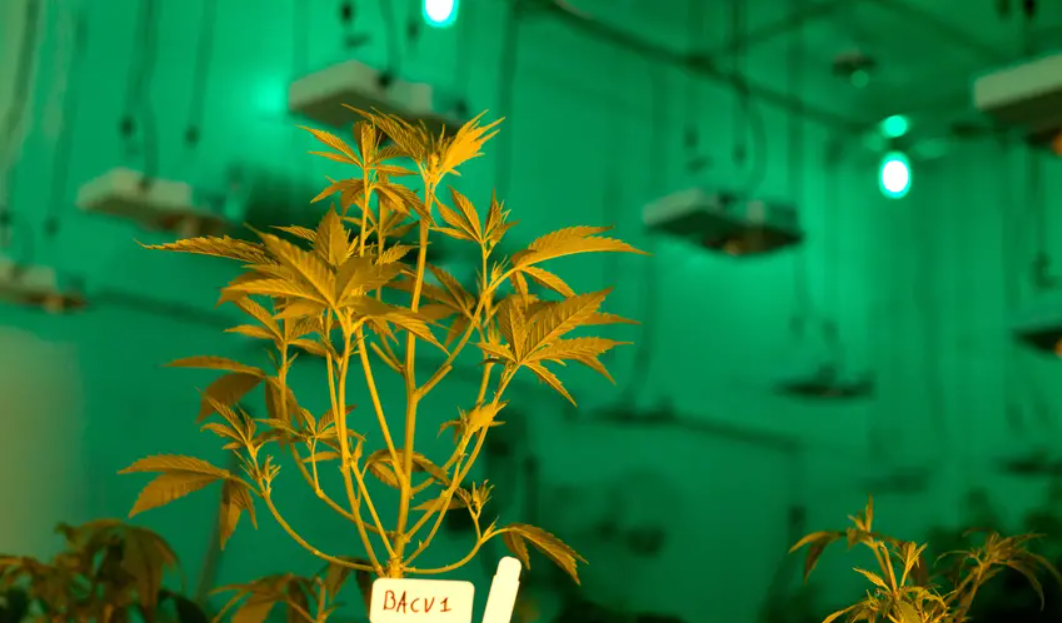 The Texas House gave approval on Thursday to a bill that would expand the state’s medical cannabis program to include those with chronic pain, all cancer patients and Texans suffering from PTSD.

House Bill 1535, by Rep. Stephanie Klick, R-Fort Worth, who authored the bill establishing Texas’ initial medical cannabis program in 2015, would also authorize the Department of State Health Services to add additional qualifying conditions through administrative rulemaking, instead of the Legislature needing to pass a law to expand eligibility.

Currently, patients eligible include those with terminal cancer, intractable epilepsy, seizure disorders, multiple sclerosis, spasticity, amyotrophic lateral sclerosis, autism or an incurable neurodegenerative disease. Next, the Senate will consider the bill, before it can be sent to the governor to be signed into law.

When hemp was legalized in 2019, the medical cannabis program was rendered mostly moot — with legally permissible cannabis treatments only being marginally more potent than over-the-counter CBD oils or tinctures.

The bill would also raise the THC, or Tetrahydrocannabinol, cap from 0.5% to 5% and make it possible for those in Texas’ medical cannabis program to have access to much higher doses than currently available. THC is the psychoactive compound which produces a high. The National Organization for Reforming Marijuana Laws doesn’t recognize the state’s current program as a true medical marijuana program, instead labeling it a “medical CBD” program because of its emphasis on cannabidiol, derived from hemp and containing only traces of the psychoactive compounds found in cannabis, over THC for medicinal use.

Texas’ program is called the Compassionate Use Program and has fewer enrolled patients and businesses than most other states with medical cannabis programs. At least some form of medical cannabis is legal in 47 states nationwide, but Texas’ restrictions put it in the bottom 11 in terms of accessibility, according to the National Conference of State Legislatures.

There were only about 3,500 Texans registered with the state to use medical cannabis, though advocates estimate that there are over 2 million people eligible based on current law.

Heather Fazio, director of Texans for Responsible Marijuana Policy, says the increased THC limit is “a step in the right direction,” but it still would limit doctors from being able to decide the proper dosages for their patients.

“There’s an incredibly restrictive cap on THC,” she said. “Low levels of THC will work for some people but it doesn’t work for others. And so what we think is that doctors need to be the ones making these decisions, not lawmakers.”

Fazio said the bill would help bring more Texas patients to the program and help reduce the use of addictive opioids. However, she says the bill still “leaves patients behind who desperately need access to this medicine.”

While Klick’s bill strictly affects the legal use of medical cannabis in the state, lawmakers are also taking up bills that tackle how recreational marijuana use is penalized.

The House passed House Bill 2593 on Wednesday, which would reduce penalties for possession of some marijuana concentrate. The penalty for possession of up to two ounces of those products would be lowered to a class B misdemeanor.

And on Thursday, the House will consider House Bill 441, which would lessen the penalty for possession of one ounce or less of cannabis, as well as remove the possibility of jail time or losing a driver’s license. Offenders would receive a Class C misdemeanor, with police issuing a citation similar to a traffic ticket punishable by a fine of up to $500.

“Not that we want to condone young people smoking weed, but the punishment for possessing it shouldn’t be harsher than the actual use of the plant,” Fazio said. “The penalties have caused far more harm than smoking marijuana ever could.”

But in recent years, Texans have increasingly demonstrated a desire to see marijuana use legalized in the state. According to the February 2021 University of Texas/Texas Tribune polls, 60% of respondents supported legalization for at least small amounts of marijuana for both medical and recreational use — compared to 49% in 2014.

“There’s a significant shift happening now, and it’s so wonderful to see,” Fazio said. “To see the shift in the way that this issue is perceived, the seriousness that is given at the legislature and now increased support — it’s very rewarding. It’s such an exciting time to be an advocate.”