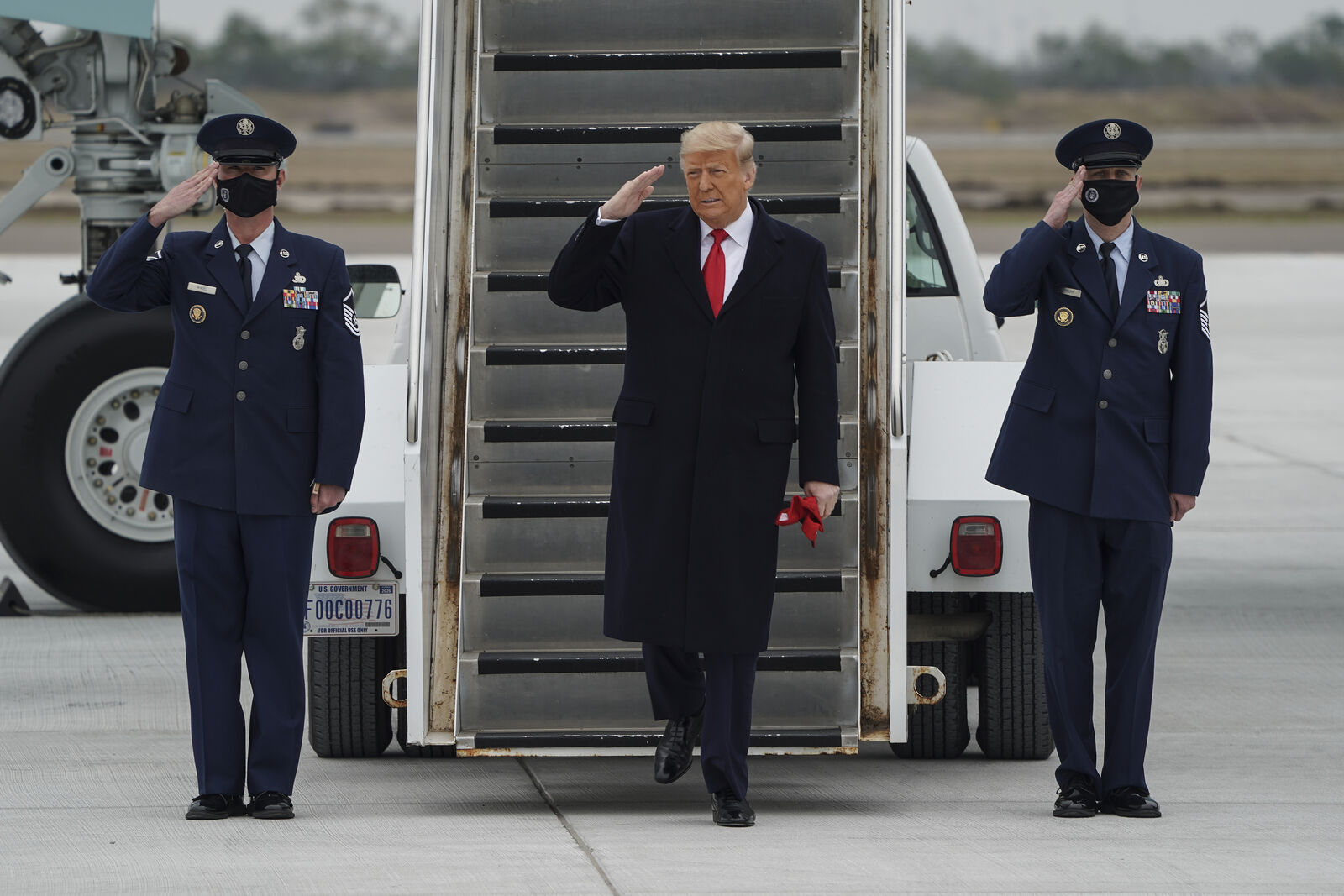 “The Biden Administration inherited from me the strongest, safest, and most secure border in U.S history and in mere weeks they turned it into the single worst border crisis in U.S history. It’s an unmitigated disaster zone,” Trump said in a statement.

Building a wall along the Texas-Mexico border was a key promise throughout Trump’s presidency, but he never fully delivered. His promise that Mexico would pay for the wall was unfulfilled, and the 450 miles of barrier he did build were mostly in Arizona and far less was completed in the Rio Grande Valley where border crossings are more prevalent, according to The Washington Post.

Abbott announced last Thursday that Texas would take the matter into its own hands and build its own border wall to stem the flow of migrants from Mexico. In a podcast interview Tuesday, he elaborated that the wall will be at least partially crowdfunded, and the state will solicit donations from across the country.

The announcement immediately sparked denunciations from those who said that immigration enforcement is a federal responsibility, not a state job, and questioned the constitutionality of Abbott’s intentions.

Abbott also announced plans to increase local jail capacity along the border, and increase arrests by having state troopers arrest migrants on state charges. Abbott scheduled a press conference for Wednesday afternoon, where he said he’ll provide more details about the plan.

Abbott has sharply criticized the Biden administration for its immigration policies in the past few months, calling the border a crisis and accusing the president of “helping the cartels make more money.” The policies include pausing border wall construction and ordering a review of the Trump administration’s “remain in Mexico” policy that requires asylum seekers to wait in Mexico until their hearings in U.S. immigration courts.

At the end of May, he deployed more than 1,000 Texas Department of Public Safety troopers and National Guard members to the border as part of Operation Lone Star, an initiative aimed at increasing border security that he announced in March.

Earlier this month, Trump endorsed Abbott for his reelection, giving him an early stamp of approval as he confronts a possibly competitive primary.

Former state Sen. Don Huffines of Dallas has already announced his challenge to Abbott. Agriculture Commissioner Sid Miller also has been considering a run, and Texas GOP Chair Allen West recently announced he would be resigning from his position to seek a statewide seat.

This article was originally posted on Donald Trump to tour border wall with Gov. Greg Abbott on June 30