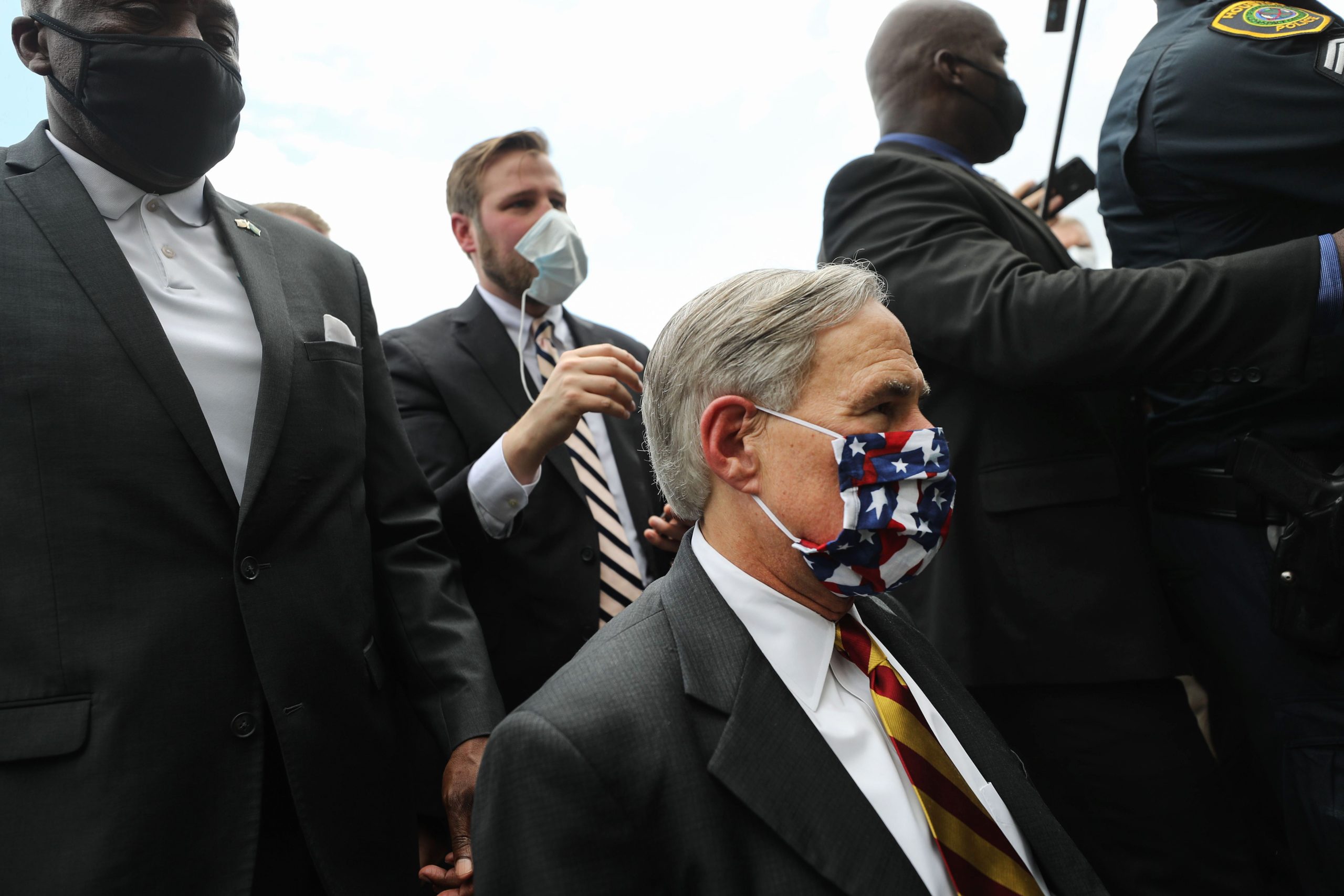 Senate Bill 6, one of the more controversial bills filed by Republicans, was signed into law by Gov. Greg Abbott this week. Because it passed by a significant majority, it becomes effective immediately instead of Sept. 1.

Its chief critic, Matt Rinaldi, who is running for chair of the Republican Party of Texas, argues the bill does the exact opposite of what it purports to do.

Rinaldi, who continues to raise awareness about the new law, engaged in a Twitter debate last month with Leach on the merits of the bill. Some of the tweets posted by Leach have since been taken down.

Rinaldi argues “the lack of a mask mandate from the governor isn’t in ‘conflict’ with a mask recommendation from the CDC [U.S. Centers for Disease Control and Prevention] or DSHS. So, businesses would be forced to adopt the most restrictive set of rules to assure compliance.”

In response, Leach wrote, “If the Mayor or County Judge or School Board issued an order not requiring masks, the business, school, etc., wouldn’t be obligated to require masks and would still be protected from liability under the legislation. Plain as day in the very text of the bill I will lay out Friday.”

But Rinaldi argues the measure does no such thing. The bill “was deceptively written to punish businesses that do not follow the lengthy and overly restrictive recommendations of the CDC, Department of State Health Services, and liberal local governments related to the pandemic,” he maintains.

“Since there have been no noteworthy cases establishing that any such liability currently exists, it is unclear what purpose SB 6 has other than as a backdoor way to impose further restrictions on the public,” he adds.

On March 2, Abbott lifted some of his previously issued mandates, allowing more businesses to reopen and allowing them to require patrons to wear masks and follow other restrictions or be denied service. Many businesses chose not to require such measures.

However, under SB 6, Rinaldi argues, those businesses could be sued if they “knowingly failed to implement or comply with government-promulgated standards, guidance, or protocols intended to lower the likelihood of exposure to the disease.” This means that “every CDC or City of Austin standard, guidance, and protocol, which has included social distancing, capacity restrictions, double-masking, and masking of toddlers, would be the codified standard of care required of Texas businesses, even in the absence of a government mandate,” Rinaldi argues.

Leach argues the bill protects businesses who decline to adopt CDC or DSHS recommendations such as mask mandates or social distancing requirements if the governor or local officials don’t require them.

“I was proud to carry one of Governor Abbott’s emergency items, Senate Bill 6, which will provide COVID liability protections for businesses, schools, churches, medical professionals and more,” Leach said in a statement. “This bill was born out of countless hours of communications with the people of Texas – employers and employees, pastors and teachers, doctors and nurses. Texans have fought hard to recover from the COVID pandemic, they shouldn’t also have to fight frivolous and abusive lawsuits.”

Because of the way the bill was written, Rinaldi argues, a preschool may be liable for an outbreak of any kind of disease if it doesn’t require 3-year-olds to wear masks. It could also allow businesses to implement different guidance for patrons who receive or don’t receive the COVID-19 shots, requiring some to wear masks and others not to wear masks, incentivizing businesses and employers to determine patrons’ vaccination status.

An executive order issued in early April by Abbott prohibits state and local governments and agencies from enforcing a “vaccine passport.” It specifically prohibits the state from refusing service to individuals based on their vaccination status, as well as any organization receiving public funds from requiring consumers to provide documentation of vaccine status in order to receive any service or enter any place. The order does not apply to private businesses that do not receive public funds.

However, critics of the order note that banning vaccine passports should be addressed by the legislature, not the governor, because it is the legislature that makes laws, and executive orders can be revoked at any time.

Throughout Texas, some businesses still require patrons to wear masks or refuse service. According to the Texas Tribune, Texans filed at least 917 coronavirus-related complaints against employers with OSHA in 2020. Without providing a reason, OSHA had closed 820 of them by Jan. 10, 2021.

Regardless of HB 6 becoming law, employees and customers can still sue Texas businesses for violating federal ADA and OSHA laws.

More recently, Houston Methodist became the first hospital in Texas to require its employees to receive both doses of the COVID-19 vaccine or be fired. While a district court dismissed a lawsuit filed by hospital staffers challenging the requirement, the plaintiffs say they plan to take their case to the U.S. Supreme Court, arguing the requirement is unconstitutional.