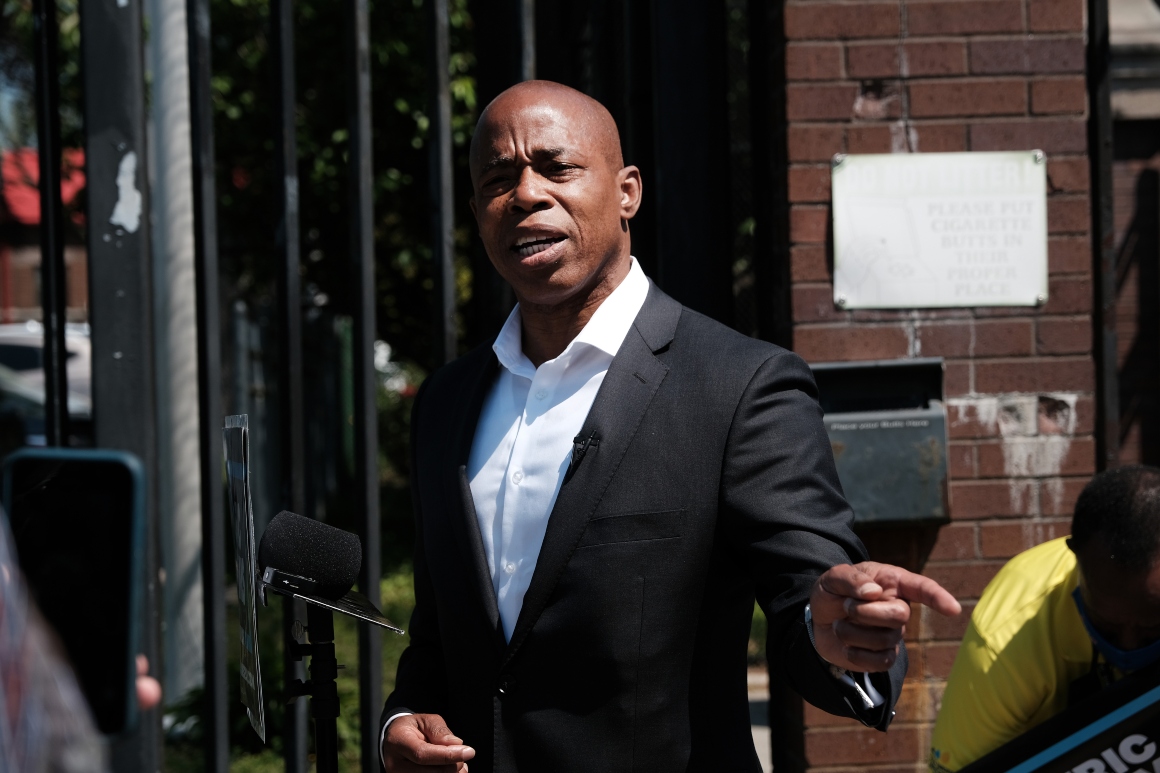 A nonprofit tied to Brooklyn Borough President Eric Adams saw its donations drop by nearly two-thirds last year amid the pandemic — and ahead of his successful bid to win this year’s Democratic primary for mayor.

The One Brooklyn Fund, which Adams launched in 2014 with the purpose of providing services, resources and recreational events to residents across Brooklyn, took in less than $70,000 from nine donors in 2020.

The amounts given by two other donors weren’t specified in the information provided to the city’s Conflicts of Interest Board, which posted it online Monday.

In addition to supporting events like concerts and Borough Hall public information sessions, the non-profit also served to boost Adams’ profile throughout his seven-plus years as borough president.

Any nonprofit tied to a city official that spends more than 10% of its budget promoting that official must be subject to the city’s strict campaign contribution limits for people doing business with city government, under reforms passed by the City Council following Mayor Bill de Blasio’s aggressive fundraising for his own group.

In 2020, as in previous years, contributions to Adams reflected no such limits, allowing for hefty donations from developers and lobbyists with potential business pending with Borough Hall.

Jonah Allon, a spokesperson for the borough president, attributed the drop in donations to the pandemic. He said the contributions without dollar amounts specified — from Wegman’s and the nonprofit UA3 — are due to a software issue with a Conflicts of Interest Board vendor.

A COIB representative didn’t immediately respond to a question about the missing donation amounts.

A Gift from Charlamagne

De Blasio launched a similar nonprofit just as he took office at City Hall in January 2014 — with the mission of promoting his signature effort to expand pre-kindergarten to all eligible 4-year-olds in the city.

But the nonprofit, the Campaign for One New York, drew the scrutiny of good government groups and law enforcement entities, after developers and other businesspeople who sought favors from the administration gave generously.

In March 2017, the U.S. Attorney’s office in Manhattan closed its probe without filing charges but while noting the set-up wasn’t totally kosher.

A year prior, in response to a complaint that the Campaign for One New York was boosting de Blasio’s pending re-election bid, Campaign Finance Board officials ruled that any donation to a nonprofit controlled by an elected official can be considered “related to a candidate’s campaign” if it’s submitted after Jan. 1 of an election year.

That ruling predated the shift in New York City’s primaries from September to June.

In April, a review by THE CITY found that from 2015 through 2019, Adams netted as much as $322,750 in donations — either to his One Brooklyn Fund or to his political campaigns — from lobbyists and developers who were at the time seeking favors from him involving various projects.

Adams officially launched his campaign for mayor Nov. 18, 2020 — but he’s made his intention to run for City Hall known publicly for years.

There were two donations that came into the One Brooklyn Fund after that date, both in December: $6,000 from Ponce Bank and $7,000 from MetroPlus.

According to Allon, the LLC is a DJ pseudonym for radio host Charlamagne Tha God — whose popular morning show Adams has appeared on. The firm was incorporated in New Jersey in September 2020.