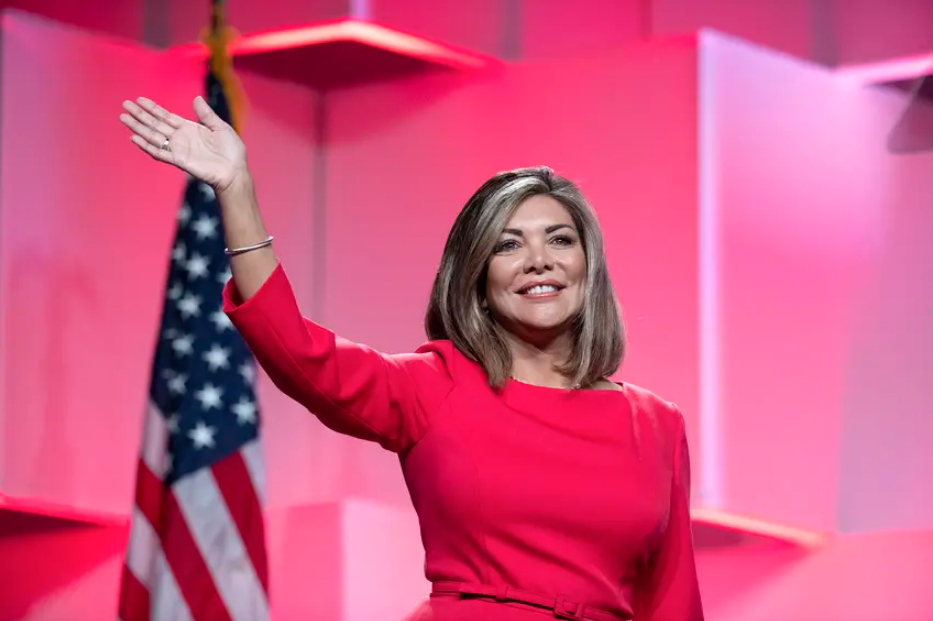 Eva Guzman, one of the 2022 Republican primary challengers to Attorney General Ken Paxton, raised more than $1 million in her first 10 days as an announced candidate — and has garnered the support of some of the state’s top GOP donors, according to her campaign.

Guzman, a former Texas Supreme Court justice, raised $1,051,723 between when she declared her campaign on June 21 and the end of the fundraising period on June 30. Perhaps more notable, though, are the donors who fueled the haul and are backing her against the incumbent, who also faces a primary challenge from Texas Land Commissioner George P. Bush.

“The fact that they are willing to go up against an incumbent is very impressive,” said Susan Lilly, a Republican fundraiser who previously worked for Bush in his land commissioner campaigns but now works for Guzman. As for anti-Paxton donors weighing their options, Lilly said Guzman’s fundraising is a “clear sign that they’re not gonna coalesce behind” Bush.

A few hours after Guzman announced her fundraising haul Monday morning, Paxton’s campaign announced that he had raised over $1.8 million during the same period. The figure came from over 500 individual donors, “the vast majority being Texans,” his campaign said.

“What is clear from this report is that attacks on me from RINOs” — Republicans In Name Only — “are solidifying my support and contributions from Texans who want to keep a conservative champion as their chief law enforcement officer,” Paxton said in a statement.

Statewide officials, state lawmakers and candidates for those officesface a Thursday deadline to file a report with the Texas Ethics Commission detailing their fundraising for the first half of the year.

While Paxton did not voluntarily reveal any of his latest contributors Monday, there is evidence he still maintains support among major Texas GOP donors. The host committee for a recent Paxton fundraiser in Dallas included heavyweight names such as textiles mogul Arun Agarwal, hotelier Monty Bennett and biotechnology entrepreneur Darwin Deason.

And Guzman starts the primary as the underdog, at least according to one recent survey. In the Dallas Morning News/UT-Tyler Poll from late June, Guzman registered a distant third in the primary, getting 4% of the vote to 34% for Bush and 42% for Paxton.

Among Guzman’s donors is Stacy Hock, the Austin philanthropist and school choice advocate. She had supported Paxton since the 2014 GOPprimary runoff for attorney general, but now she calls herself an “early and enthusiastic” Guzman backer. She said she has been “very grateful” for the job Paxton has done but thinks it is “healthy for the state to have the vibrancy of turning over those top statewide roles after eight years.”

“Now obviously that’s not always gonna be the case, but I think when other really qualified, compelling candidates make their case, it’s worth considering,” Hock said. “Each case is gonna be unique, but in this case, you add to it the fact that so much of the senior staff has left the attorney general’s office, and I think that has put us in a more vulnerable position” when it comes to waging major legal battles.

Paxton’s office saw a senior staff exodus last year that led to a whistleblower lawsuit alleging he abused his office to help a wealthy donor. The FBI is currently investigating the claims. Paxton has also been under securities fraud indictment for most of the time since he took office in 2015. Hehas denied wrongdoing in both cases.

This article was originally posted on Eva Guzman raises $1 million in first 10 days of attorney general campaign, with some major donor support