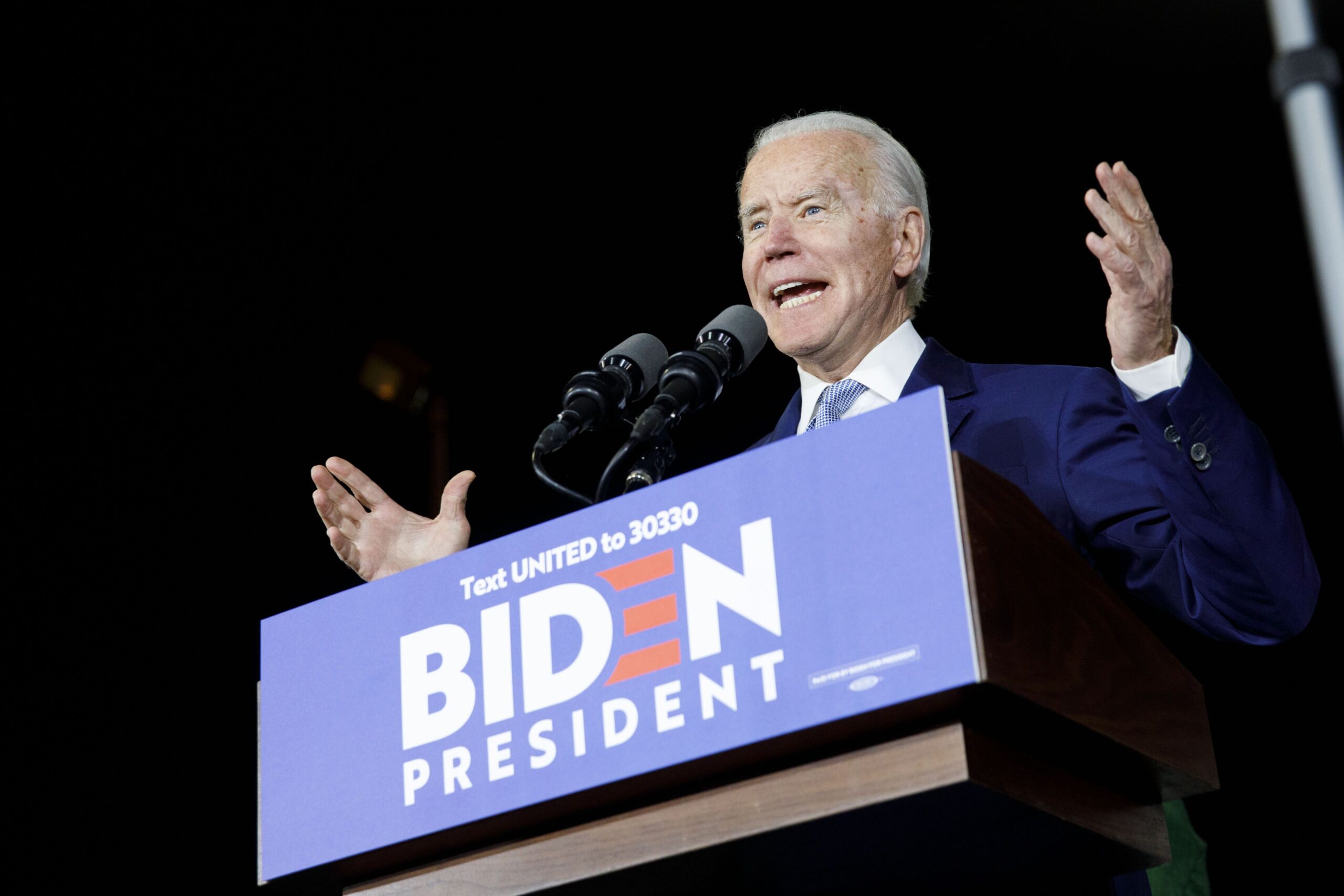 In the first 100 days, new presidents try to turn campaign promises into quick legislative victories, defuse lingering crises, set themselves apart from their predecessor and set a leadership tone for the next four years — all while avoiding blunders that could destroy their momentum.

So how is President Joe Biden doing as he approaches this mark?

Not bad, experts say, given the scale of the crisis he’s tackling and the political opposition he faces in Congress.

“I think there are three accomplishments that stand out so far: the ramped-up coronavirus vaccine distribution, the passage of the American Rescue Plan and the return to the Paris Climate Agreement,” said John Frendreis, a political scientist at Loyola University in Chicago.

When Biden took office, the seven-day rolling average for vaccinations was 777,000 a day, but that number rose under Biden to about 3 million a day. As his 100th day approached, about half of the 16-and-older U.S. population had received at least one dose of vaccine. In addition, more than 80% of seniors had received at least one shot, and 25% of American adults were fully vaccinated.

The American Rescue Plan was a $1.9 trillion bill aimed at both providing additional funding for fighting the pandemic and helping the economy through the resulting recession. The measure included aid to state and local governments, increased unemployment insurance, support for vaccination efforts, education aid, refundable child tax credits and housing assistance.

“Few presidents have passed anything as consequential as the relief package” in their first 100 days, said John J. Pitney Jr., a political scientist at Claremont McKenna College.

Beyond these items, our partners at PolitiFact provide a detailed accounting of other actions taken by Biden during his early tenure.

Other moves have been more intangible, but no less significant, experts said. “One word sums it up: normality,” Pitney said. “We can now skip the news for a day or two without worrying that we’ve missed a scandal or a crazy presidential tweet. Biden has made mistakes, such as having to backtrack on refugee policy, but they are the kind of mistakes that presidents normally make early in their term.”

Here is a closer look at what the Biden administration has done, and how his overall performance compares with his predecessors. (Biden’s 100th day in office is Thursday, if you count his half-day in office on Jan. 20.)

The Coronavirus Pandemic and Health Care

Experts said it’s possible that the vaccine rollout would have ramped up no matter who was president, but they added that Biden deserves credit for taking certain steps. He pushed manufacturers to increase vaccine production, provided federal support for mass vaccination sites and ensured that a vaccine is accessible within 5 miles of almost every American.

“He’s done a really good job,” said Claire Hannan, executive director of the Association for Immunization Managers. “The first thing he did when he came into office was set a tone and goals, and that was important to have a benchmark.”

Biden has also met two goals he’d set for his first 100 days in office — first, 100 million covid vaccine doses, then, after achieving that goal on the 58th day of his presidency, 200 million doses. On April 22, eight days before his 100th day, that goal was achieved, too.

“At the end of the day, the proof is in the results,” said Dr. Georges Benjamin, executive director of the American Public Health Association. “More than half of the population having had at least one shot means they’ve been extraordinarily successful.”

Biden also notched a victory on health insurance. Part of the $1.9 trillion relief package was a provision that no one must spend more than 8.5% of what they earn on insurance premiums, which experts say is among the most significant changes to the affordability of private insurance since the ACA.

And he kept other promises that he made on the campaign trail, such as rejoining the World Health Organization and restoring the White House directorate for global health security. (PolitiFact is tracking 100 of his campaign promises on the Biden Promise Tracker.)

In addition, “restoring the [Centers for Disease Control and Prevention] to a place of prominence, having scientists speaking to the general public on a regular basis, this is all evidence that science is clearly a priority for the federal government and for the White House,” said Dr. Amesh Adalja, senior scholar at the Johns Hopkins University Center for Health Security.

Other promises on health have been more difficult to keep, such as mandating masks nationwide. While Biden did implement a mask mandate in areas where the federal government has authority, such as federal buildings, airplanes and other types of transportation, Republican governors in states such as Texas and Alabama have rolled back their mask mandates in recent months. We rated this promise as a Compromise.

The administration faces challenges in getting the remainder of the U.S. vaccinated. There are indications that the number of daily vaccinations is slowing, and some people tell pollsters that they are unwilling to get vaccinated at all.

“The challenges ahead include continuing to adjust the vaccination effort in order to get the next 20% of people vaccinated,” said Hannan. “And we’ll eventually need to get vaccinations to kids, too. We will just have to keep adjusting our efforts for different populations.”

Biden’s progress in containing the pandemic has also paid dividends for the economy, boosting consumer activity that had been restrained during the pandemic.

Key elements of the American Rescue Plan included unemployment assistance, a temporary expansion of the child tax credit, an increase in food stamp aid and aid to state and local governments for public health, housing and education. Those items “deal squarely and forthrightly with the economic calamities that have stuck working-class and poorer Americans as a result of the public health crisis,” said Gary Burtless, an economist at the Brookings Institution.

Critics have expressed concerns about the plan’s size and timing, saying it was passed late in the pandemic, when an upturn was in sight. “There’s a danger of overheating the economy” from injecting so much spending, said Douglas Holtz-Eakin, president of the center-right American Action Forum.

Comparing Biden With His Predecessors

“Biden compares quite favorably with every other president after Franklin Roosevelt,” said Max Skidmore, a University of Missouri-Kansas City political scientist.

Biden has faced arguably fiercer partisan polarization than any of those predecessors — no congressional Republican voted for the American Rescue Plan, and most GOP lawmakers have expressed reservations about other aspects of his policy agenda. In addition, Biden’s party has narrow majorities in the House and Senate.

Experts believe that the narrow margins in Congress will push Biden to continue using executive orders and other administrative actions to advance his agenda. Biden has so far used executive orders on the coronavirus, immigration and gun policy. In some cases, Biden was able to overturn executive orders signed by Trump, who, like Biden, turned to executive orders when he was unable to get some of his priorities through both chambers of Congress.

“All recent presidents seek legislative change if they can get it, but most have spent the bulk of their terms with divided government,” Frendreis said. “Even when they have unified government, they rarely enjoy a filibuster-proof Senate majority. President Biden is no different on this score.”