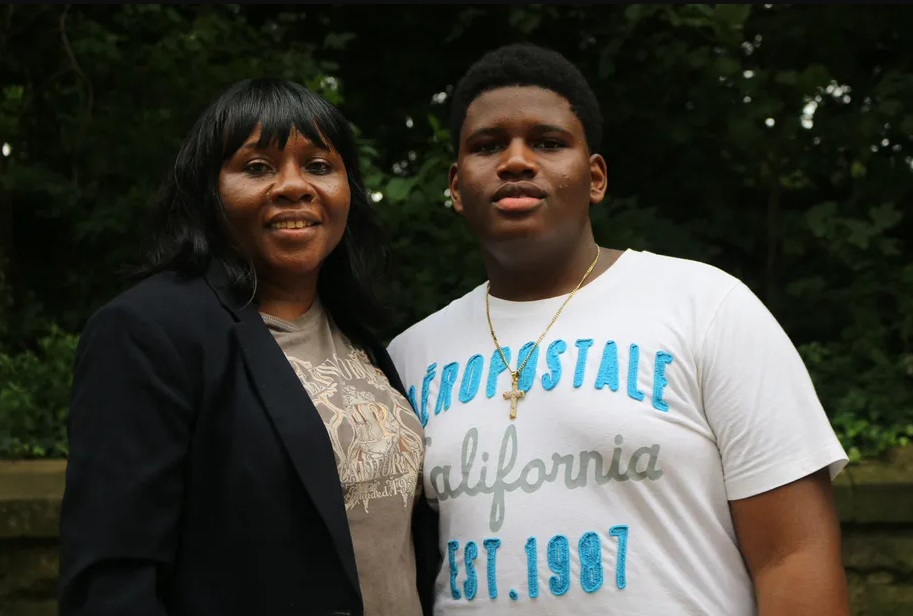 The pandemic tore through the Duncan family’s finances.

Lafleur Duncan, the mom of a teenager in Bushwick, Brooklyn, lost her job as a nanny. Her husband, a restaurant chef, was left without work. They relied on the food bank at a local church to have enough to eat.

Now they’ll have an extra few hundred dollars a month. Families on Thursday began receiving the first monthly payments from a dramatically expanded child tax credit, a key part of the almost $2 trillion American Rescue Plan. Advocates estimate it will help lift 250,000 children out of poverty in New York alone. It also could improve how students perform in school, as a host of research into anti-poverty programs shows that giving more money to families can help lift learning.

With the extra money, Duncan said it will be less of a struggle to put food on the table. She also plans to buy her growing son a pair of shoes and some clothes for when he starts high school in September. And the money will help pay for his asthma medication.

“It will help,” she said. “The insurance doesn’t cover it all.”

With the child tax credit, families receive up to $300 a month for each child under 6 years old, and $250 a month for those ages 6 to 17. That is an increase of $1,600 a year for younger children, and $1,000 a year for older children. Most importantly, the credit was expanded to include children whose families make too little to file taxes. The payments will continue through December, with the rest of the benefit paid out when families file taxes in 2022.

In New York, 3.5 million children are expected to benefit, according to the advocacy group Citizens’ Committee for Children.

Jennifer March, executive director of the committee, called the expanded credits “a monumental step in our nation’s efforts to combat child poverty.” Prior to the pandemic, 800,000 children in New York lived in poverty. That number has only grown since the COVID crisis, she noted in a statement.

Duncan’s son, Jordan, said he did well in school even while learning remotely during the pandemic and despite his parents struggling to pay bills. But research shows that poverty often sets students back from the moment they enter school.

Studies of existing tax credit programs, on the other hand, show that giving families more money can increase students’ test scores and likelihood of finishing high school and college. Another study found that Native American students whose families received cash benefits had better attendance and were less likely to be convicted of a crime.

In a sea of school improvement efforts that often fall short, anti-poverty programs can have similar effects on lifting performance as reducing class sizes or improving teacher quality.

“If you give parents income to meet their basic needs, their kids will do better in school and in life,” said Ashley Burnside, a policy analyst for CLASP, a nonprofit that advocates for anti-poverty policies. “This money will help families in their education and in the long term.”

But in order to make a difference, the benefits have to make it into families’ bank accounts.

Almost 90% of families will automatically receive the payments in direct deposits or in the mail. Those who didn’t file taxes in the last two years, and who didn’t sign up to receive any of the three rounds of federal stimulus payments during the pandemic, have to sign up online through an IRS website.

These families are likely to be among the lowest earners, and also the hardest to reach. About 720,000 children were signed up through the online portal, the Washington Post reported on Thursday. That’s compared with an estimated 7.3 million children in families who did not file taxes, said Matt Bruenig, founder of People’s Policy Project, a left-leaning think tank. Those children are more likely to be Black or Latino.

In New York City, officials plan to conduct targeted outreach in ZIP codes where there are high numbers of families who didn’t file taxes, a spokesperson for City Hall said. The city has also created informational materials in different languages, and shared them with 1,500 community organizations.