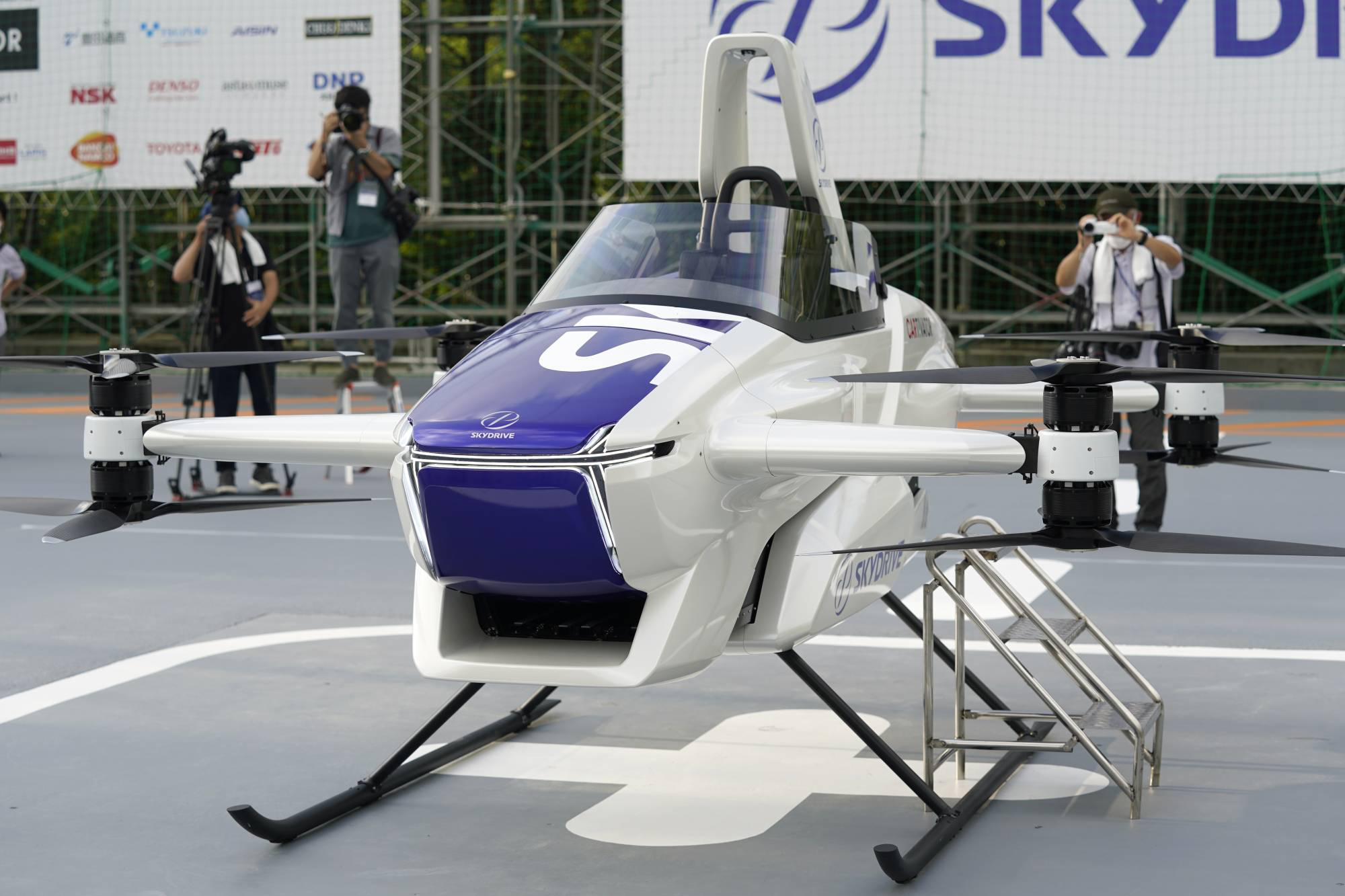 The aspect of flying cars from our favorite science fiction movies may become a reality in the near future. The Japanese company, Skydrive Inc., tested their prototype on the Toyota Test Field and the vehicle successfully passed tests. The vehicle arose 1-2 meters in the air and hovered around with one passenger for about four minutes according to CGTN.com. This was the first public demonstration of a flying car in Japanese history.

Simple specs of the vehicle

The SD-03 vehicle model is 2 meters high, 4 meters wide, and 4 meters long. The SD-03 was “designed to be the world’s smallest electric Vertical Take-Off and Landing(eVOTL) model as a new means of transportation for the near future” according to Skydrive. It has eight electric motors in four locations to “ensure safety in emergency situations” and “to address compliance standards and allay potential regulatory concerns.” It also has a pair of propellers and two white lights in the front and a red light on the bottom of the model.

Skydrive reacts to being of the handful of successful tests

Skydrive is looking to turn the flying car model into a real-life product by 2023 while acknowledging that safety is also important. The Skydrive’s CEO, Tomohiro Fukuzawa explained how proud he was of their historic accomplishment. “Of the world’s more than 100 flying car projects, only a handful have succeeded with a person on board,” he said to The Associated Press. He also said, “We are extremely excited to have achieved Japan’s first-ever manned flight of a flying car in the two years since we founded Skydrive in 2018 with the goal of commercializing such aircraft.”

Fukuzawa added that although the current capacity of the model is 10 minutes in flight, if they could increase the flight time to 30 minutes, the SD-03 will be much more attractive to consumers.

Skydrive has attracted big companies to invest in the model. Some of the investors include Toyota Motors Corp., Panasonic Corp., and Bandai Namco.

The dream of flying cars

Fukuzawa expressed the company’s dreams saying, “We want to realize a society where flying cars are an accessible and convenient means of transportation in the skies and people are able to experience a safe, secure, and comfortable new way of life.” The company also added in a press release, “Skydrive’s flying car has been designed to be a coupe embodying dreams and exuding charisma, such that it will be welcomed into people’s lives and used naturally.” They added, “The company hopes that this aircraft will become people’s partner in the sky rather than merely a commodity and it will continue working to design a safe sky for the future as a partner in the sky.”