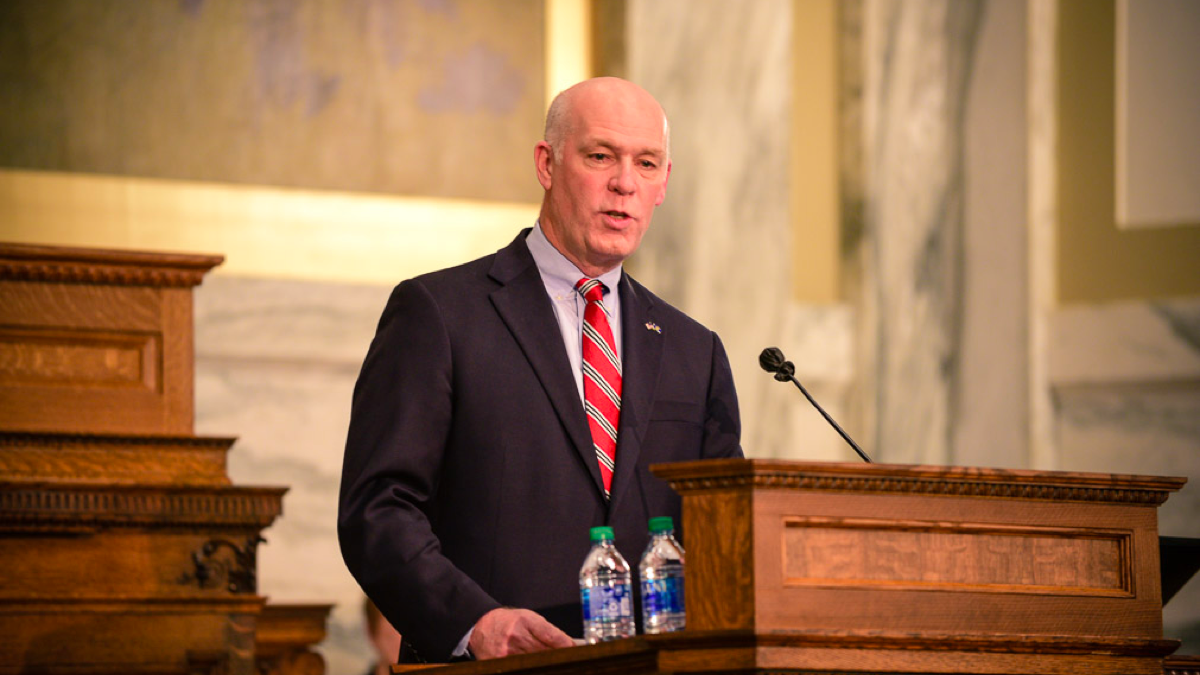 Gianforte issued the two executive orders and a directive reversing Bullock decisions. One repeals a requirement that anyone seeking a state contract must disclose their contributions to political or election-related causes or entities doing that work in Montana. Bullock ordered that change in 2018.

That order was part of Bullock’s push to eliminate so-called dark money in politics. In 2019, a conservative advocacy organization, the Illinois Opportunity Group, sued Bullock over the order, alleging it violated the Constitution. The group also said the order would expose donors to boycotts, threats, harassment or other harm for donating money to unpopular causes.

While Gianforte didn’t say Friday whether he supported the goal of Bullock’s order, he said the former governor had overstepped his authority. He said decisions about political spending and election law should be left to the Legislature.

Similarly, Gianforte reversed a Bullock order that allowed counties to conduct all-mail elections because of the COVID-19 pandemic last year. That directive went into effect and was unsuccessfully challenged in court. Gianforte’s top lawyer, Anita Milanovich, helped bring both lawsuits against the Bullock administration.

Gianforte also rescinded the statewide mask mandate. At a signing ceremony for Senate Bill 165 earlier this week, he said he would end the requirement in the coming days now that businesses, nonprofits, churches and health care facilities are protected from most lawsuits over people catching the virus at their facilities.

Gianforte has also said he trusts Montanans to protect their own health.

“Since we’re not out of the woods yet, I will continue wearing a mask and encourage all Montanans to do the same to protect themselves, their loved ones, and their neighbors,” he said in his statement.

The Montana Nurses Association criticized the move as premature since many Montanans still have not been fully vaccinated against COVID-19. In a statement, the association’s CEO, Vicky Byrd, said the order contradicted recently issued Centers for Disease Control and Prevention guidance to wear two masks or a layered one.

“In the middle of the COVID-19 pandemic that continues to infect an average of 273 Montanans every day and with new variants of the coronavirus being reported almost every week, our governor decides to back away from one of the actions most effective at stopping the spread of the virus: wearing a face mask,” Byrd said. “Until vaccination is widespread, the governor’s decision to ignore the medical science poses a threat to all Montanans.”

All of Gianforte’s orders take effect immediately. Counties can still pass their own health orders requiring residents to wear masks, which many already have in place. Local public health orders remain in effect.

This article was originally published on Gianforte rescinds mask mandate, issues other orders