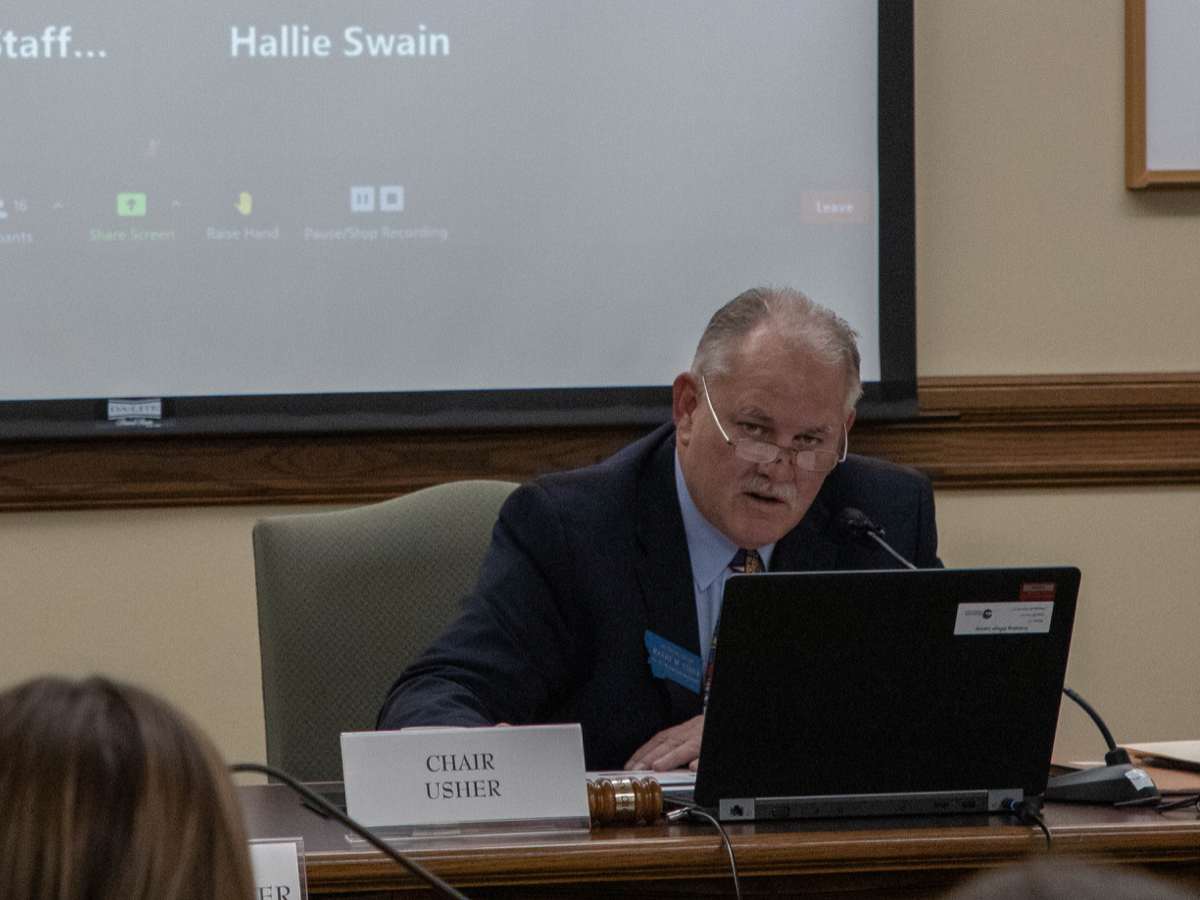 The claim stems from a Jan. 21 Judiciary Committee meeting regarding several House bills addressing abortion and health care for transgender people. The complaint alleges that after convening the meeting, but before calling a vote on the bills, Usher recessed the meeting to discuss the vote privately with Republican members of the committee.

According to the complaint, Usher “explained that he did this ‘on purpose’ so the meeting could be conducted in private. He told [Silvers] he did this on a normal basis, not just on controversial bills.”

After the meeting, the petition claims, Usher reconvened the Judiciary Committee and explained to the committee, “We just always have, that’s the way I was taught. Some of the things we have to talk about when we’re talking and discussing how we’re going to vote are personal and you know, as you can see, our committee does get a little emotional.”

According to the official legislative recording of the reconvened committee meeting, Usher said, “It is my policy that when we do caucus, we will not have 50% or more of our caucus, so it is not considered an open meeting.”

The petition claims the meeting violated Article II, Section 9 of the state Constitution, which reads: “No person shall be deprived of the right to examine documents or to observe the deliberations of all public bodies or agencies of state government and its subdivisions, except in cases in which the demand of individual privacy clearly exceeds the merits of public disclosure.”

The complaint also alleges a violation of Article V, Section 10(3), which states, in part, that “all committee meetings, and all hearings shall be open to the public.” It asks the court to declare that the Jan. 21 meeting violated the media’s constitutional right to know and order Usher not to conduct future meetings in closed session.