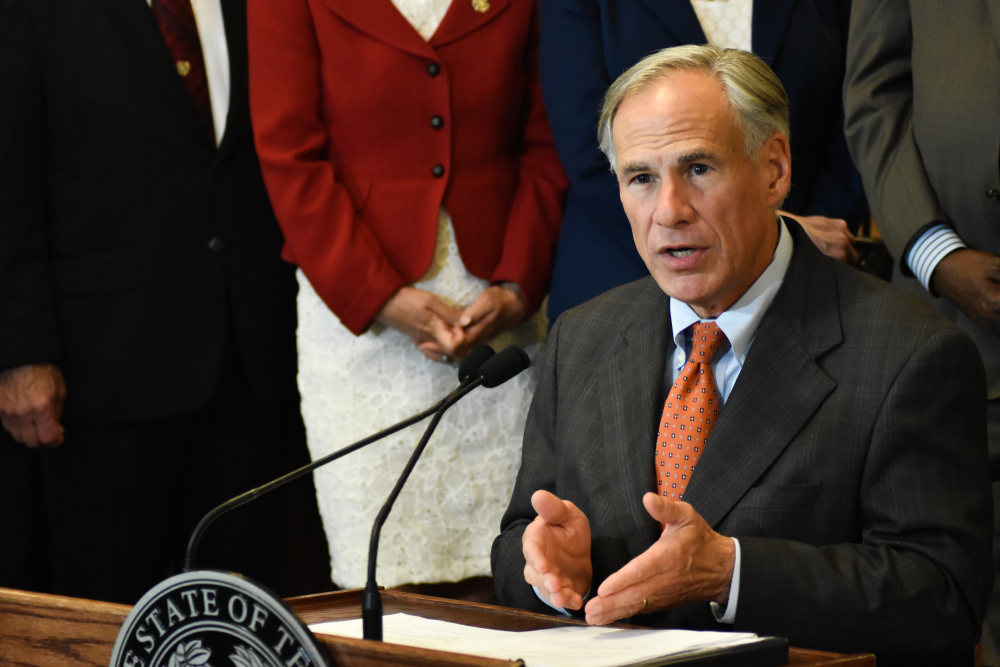 This comes as vaccine credentials, often referred to as vaccine passports, are being developed around the world as a way to quickly prove someone’s vaccination status. It has become a fierce debate, with Republicans largely opposing the move, saying it is an infringement on individual freedoms and privacy. Supporters, including a number of private companies, point to the passports as a way to confidently return to activities and ensure safety at workplaces.

A handful of GOP-backed bills have been introduced in states across the U.S. aiming to restrict entities from requiring vaccines for their employees, including in Texas. Florida Gov. Ron DeSantis also prohibited state agencies from using vaccine passports but went a step further and said no business can require their customers to display them.

Businesses can require their employees to get a COVID-19 vaccine, according to guidance from the Equal Employment Opportunity Commission.

“Texans are returning to normal life as more people get the safe and effective COVID-19 vaccine. But as I’ve said all along, these vaccines are always voluntary and never forced,” Abbott said in a video announcing the executive order. “Government should not require any Texan to show proof of vaccination and reveal health information just to go about their daily lives. That is why I have issued an executive order that prohibits government-mandated vaccine passports in Texas. We will continue to vaccinate more Texans and protect public health — and we will do so without treading on Texans’ personal freedoms.”

Most plans for vaccine passports take the form of a smartphone app, although some are in a paper form and are seen as a way to ensure COVID-19-free spaces for a variety of situations, including concerts, restaurants and sporting events. New York became the first state to unveil this measure in its Excelsior Pass — which can be used to quickly show proof of a vaccination or a negative test.

Israel, which has fully vaccinated over half of its population, also introduced a vaccine passport for anyone in the country. Vaccine passports are being developed and debated for use in the European Union.

Abbott’s order is consistent with his messaging on vaccinations. Although he was vaccinated live on TV, he also stresses that vaccines are “always voluntary” in his public statements.

Republicans, especially white Republicans, have emerged as the most consistently hesitant group in Texas and in the country to getting COVID-19 vaccines. Most Republicans in the state say they are hesitant to get a COVID-19 shot, while 41% say they would refuse one altogether, according to the February University of Texas/Texas Tribune Poll.

Meanwhile, Texas has fully vaccinated over 16% of its population. Hospitalizations and deaths in the state have significantly dropped. And last week, all Texans over the age of 16 became eligible to receive a vaccine — although the demand outweighs the supply, making it difficult for some to get an appointment.

People of color, those with disabilities and lower-income workers face the largest barriers to getting vaccinated despite disproportionately suffering the virus’ worst outcomes: death or hospitalization.

Larger cities are seeing the most demand, while rural areas are more likely to have surpluses of doses.

For some, it has become a race to get vaccinated before another wave of infections can spread as variants take hold in the country.

Nearly a month ago, Abbott ended the state’s mask mandate and COVID-19 restrictions on businesses — although many people still choose to wear masks and many businesses choose to require them. Hospitalizations in the state have continued to decline since peaking in January.