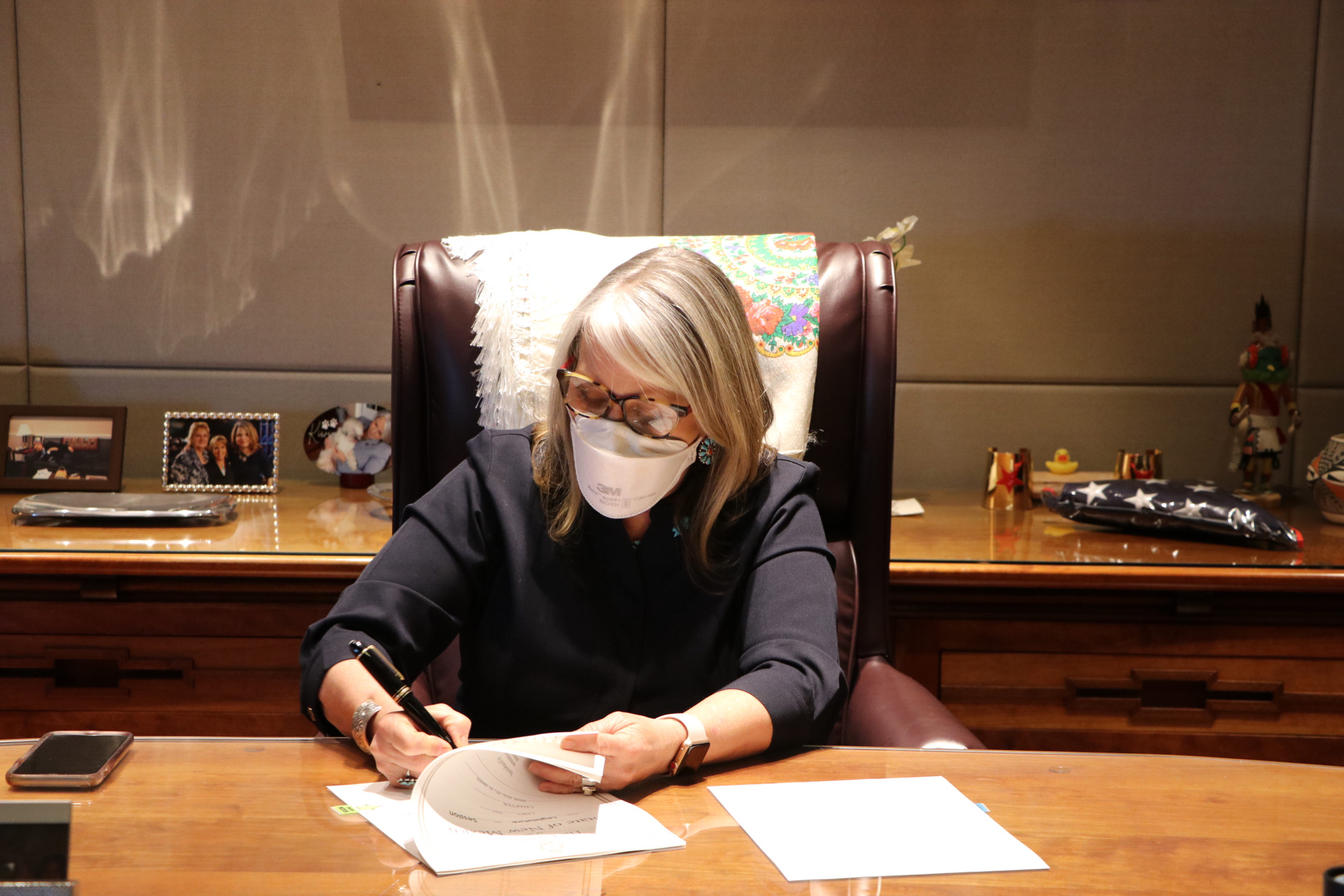 Mayane Barudin, a self-described solar nerd, would like solar energy. However, as a renter, she is unable to place the panels on the roof of the Albuquerque home that she rents.

Barudin, who works as the interior west director and tribal liaison for Vote Solar, hopes a new law will pave the way for community solar farms that would allow renters like herself to access clean energy.

Gov. Michelle Lujan Grisham signed the Community Solar Act, SB 84, on Monday. Barudin said this makes New Mexico the 21st state with a community solar law on the books—and it comes after years of work.

In addition to increasing access to solar energy, the Community Solar Act includes a requirement that 30 percent of the energy produced be dedicated to low-income customers or service organizations.

“I think a lot of times solar energy is thought to be just catered to the upper middle class and this is really transforming that and making it so that we all have access to the clean energy transition,” Barudin said.

The community solar arrays allow people to purchase a subscription for solar power.

Barudin said other people who will benefit from community solar include those who have low-credit scores preventing them from purchasing solar panels or who are unable to afford the upfront cost of solar panels. Barudin is a member of Santo Domingo Pueblo and said she sees the Community Solar Act as necessary for a just transition away from fossil fuels, including providing a level playing field and reducing the risk to utilities when community solar farms are built. This could allow Indigenous communities like Santo Domingo Pueblo achieve energy sovereignty.

In addition to signing the Community Solar Act, Lujan Grisham signed a law that outlaws trapping on public lands, SB 32, and another bill, HB 200, that directs federal funds to water conservation projects rather than a Gila River diversion.

“These three bills represent some big progress for our water, wildlife, and climate, but also for our outdoor economy and pocket books,” said Camilla Feibelman, director of the Sierra Club Rio Grande Chapter, in a statement. “The Governor helped put to rest the billion-dollar boondoggle Gila River diversion, last year, and now creates a path for $80 million in federal funds to be used for local water-conservation projects much better suited to meet southwest New Mexico’s water needs. Outlawing traps and poisons on public lands puts people at ease as they explore New Mexico’s enchantment. And community solar is key to making solar energy affordable and accessible to all New Mexicans.”

Environmental advocates celebrated the governor signing the Water Trust Board Projects & New Mexico Unit Fund, which addressed the money initially set aside for the Gila River diversion. The advocacy groups say the new law marks the end of efforts to divert water from the Gila River.

“The Gila River is New Mexico’s last free-flowing river and one of our most precious resources. Building an expensive diversion will do nothing to protect this resource, but instead will threaten the survival of diverse wildlife that call this region home,” said Larry McDaniel, a sportsman from Grant County, in a press release. Moving away from this pointless proposal will allow southwest New Mexico’s families to continue enjoying the endless opportunities to hunt, fish, camp, hike, and explore this one-of-a-kind place.”