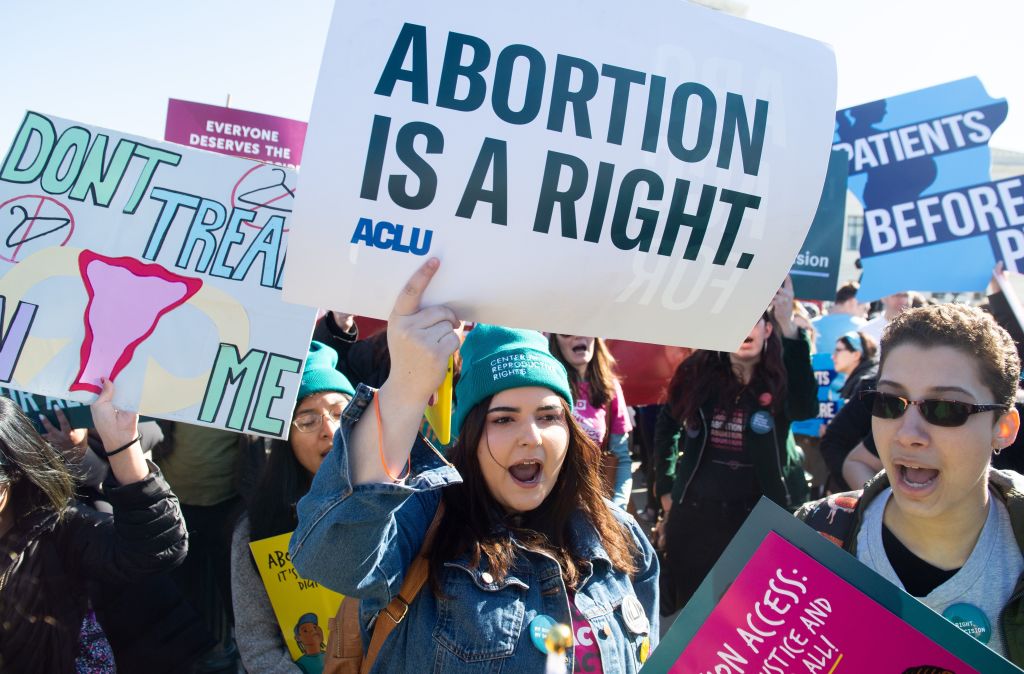 With more than 500 pieces of anti-abortion legislation under consideration in state legislatures around the country, New Mexico’s passage of SB 10, which decriminalized abortion, bucked the nationwide trend.

Only one other state passed abortion rights legislation this year. Because the U.S. Supreme Court is expected to consider and rule on an unconstitutional abortion ban in the next few years, Planned Parenthood of the Rocky Mountains President and Chief Executive Officer Vicki Cowart called the passage and signing of New Mexico’s bill to repeal an abortion ban “critical,” and a “key to protecting reproductive rights.”

Cowart told NM Political Report by email that this year, Virginia is the only other state that has passed a bill expanding abortion access in 2021. But since the beginning of the year, 12 states have passed anti-abortion legislation, according to a Planned Parenthood report.

There are a few other states with pro-reproductive legislation under consideration, Robin Marty, author of “Handbook for a Post-Roe America” and “The End of Roe v. Wade,” said.

Vermont legislators are considering a proposed constitutional amendment that would guarantee a woman’s right to abortion. Massachusetts passed a law that expanded abortion care in that state on December 29, 2020.

Cowart said that not only is New Mexico one of a very few states passing pro-reproductive rights legislation but anti-abortion legislation has increased considerably in the last two years in other states.

Cowart drew a connection between elected leaders who introduce anti-abortion legislation as many of the same who also introduce and support voter suppression laws.

Arkansas passed the most restrictive anti-abortion legislation in 2021. The new Arkansas law criminalizes all abortions except to save the life of the pregnant person with no other exceptions.

Arkansas Governor Asa Hutchinson told reporters when he signed the bill last month that the goal of the legislation was to see it challenged in court. Supporters of the law want the bill to go before the U.S. Supreme Court in the hope that the conservative majority will overturn Roe v. Wade.

Marty said it is “inevitable” that the Supreme Court will consider a case challenging Roe v. Wade within the next couple of years. But, she said, Mississippi asked the court to consider its 15-week unconstitutional abortion ban in 2020, and so far, the court has not.

“The Supreme Court has not touched it. Now that there’s [Justice Brett] Kavanaugh and [Justice Amy Coney] Barrett, there’s no reason for the court to not take it up if they want to do something. It’s really confusing to everybody,” Marty said.

But, Marty said there could be a strategic reason why the court hasn’t considered the unconstitutional Mississippi legislation. The Republican position on abortion mobilizes the right’s base, she said, so she thinks the court might wait until the summer of 2022 to decide on a case that challenges Roe v. Wade.

“I would not be horrendously surprised if there’s something in the summer of 2022 because it helps the GOP get elected in Congress,” she said.

But, Marty said she thinks the Supreme Court will more likely gut Roe v. Wade so that it will be legal in name only in most states, rather than overturn it completely.

“Abortion has to remain legal in some way (at the national level) because the GOP finds it way too easy for a rallying cry,” Marty said.

Several neighboring states—Texas, Oklahoma, Utah and Arizona—are all in the process of passing unconstitutional restrictions and bans on abortion, Marty said. Cowart said that Texas legislators are working on seven bills that are intended to restrict access to abortion care in that state. At the same time, Texas Gov. Greg Abbott is blocking Medicaid patients from seeking care at Planned Parenthood clinics, Cowart said. Planned Parenthood has challenged that order and a judge blocked it last month.

Arizona is actively trying to pass an unconstitutional law that would ban most abortions and earlier this year passed legislation that put several unconstitutional restrictions on abortion.

Marty said “New Mexico and Colorado are the entirety of the west” of states that continue to fully support reproductive healthcare.

Marty outlined a scenario in which abortion will be legal in some coastal states, such as California and New York, but across the south, most of the Midwest and Western states, it will be banned or so severely limited as to be legal in name only.

She said she believes that in states where abortion is legal, such as New Mexico, more clinics will open.

But the need for those who live out-of-state to travel to New Mexico for an abortion could place a strain on nonprofit and grassroots abortion funders who assist people with seeking an abortion, she said.

“I don’t know if [abortion] funds will be able to keep up with it,” Marty said.

It could also lead to more abortions that happen later in pregnancy, as arranging for travel will add layers of barriers for many seeking abortion, she said. The Centers for Disease Control and Prevention provides surveillance data and reported that, as of 2018, 92 percent of abortions in the U.S. occurred by week 13.

Another potential problem is the graying of both doctors who work in abortion clinics and clinic owners, Marty said.

The doctor who performs later abortions in New Mexico is in his 80s.

In addition, almost all abortion care in New Mexico is based in Albuquerque.

“It doesn’t matter how many clinics the state has when it’s all in the same location. It’s just as bad as not having clinics at all. If you live 100 miles away from Albuquerque, it’s difficult to get to it,” Marty said.