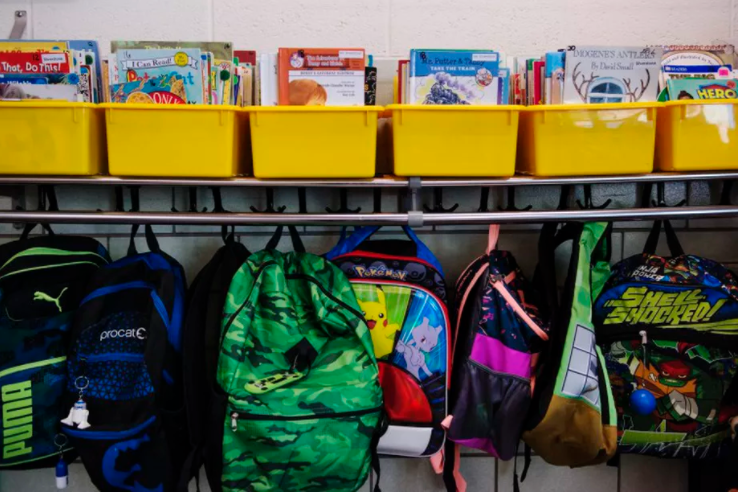 New York City will not test rising kindergarteners for admission to gifted programs, the education department announced Wednesday. Instead, students will be evaluated by their pre-K teacher or sign up for an interview.

Students will then be referred for admission and enter a random lottery for one of the 2,500 seats. There are 65,000 incoming kindergarteners, and typically about 15,000 vie for spots in gifted programs.

The change is for students entering school in fall 2021 only. It comes after the education department was left scrambling to devise a new admissions system for next school year. In a surprise vote last month, a citywide panel rejected a contract that would have allowed the city to continue testing preschoolers for admission to gifted programs, amid concerns about racial disparities in enrollment and the safety of administering an in-person test in the midst of a pandemic.

The education department did not share what criteria students would be evaluated on, which could raise questions about how students with different abilities, such as those who are learning English as a new language, might be judged.

The now-canceled admissions exam has long been blamed for driving segregation, with critics charging that tests for 4-year-olds are more likely to measure a family’s advantage than a student’s giftedness. Black and Latino students make up almost 60% of all kindergartners citywide, but only 14% of enrollment in gifted programs. At 43%, the greatest share of students in gifted classes are Asian. White students are also overrepresented at 36% of enrollment. Just over a quarter come from low-income families, compared with almost 70% citywide.

A memo written by education department officials this summer stated that sticking with the test this year would likely widen disparities because of the health crisis, which has fallen disproportionately on communities of color.  Still, Mayor Bill de Blasio planned to forge ahead with the exam for one last year, pledging to scrap it after collecting ideas for reform from parents, advocates, and educators.

But the citywide Panel for Educational Policy, whose members are mostly appointed by the mayor and are largely thought to rubber stamp his policies, threw a wrench in those plans, voting to reject a contract extension that would have allowed the city to administer the exam this spring.

“We remain committed to finding a fairer and more equitable way forward to identify and meet the needs of students who would benefit from accelerated learning and enrichment, informed by a citywide engagement plan,” said education department spokesperson Katie O’Hanlon. “We believe deeply that wide scale changes are needed to address the racial disparities in who has access to [gifted and talented] programs.”

This year’s changes are no guarantee that admissions will be any more fair.

Parents will have to opt-in to consideration for the program, which could disadvantage families with little information or resources about how to navigate the application process.

If a student is enrolled in the city’s universal pre-K program, then the pre-K teacher will complete a questionnaire to determine whether the student should be referred for gifted admission. There are wide racial disparities in which students have been attending school in person this year, with white students overrepresented. Those with more time in the classroom with teachers could be at an advantage for referrals.

Students who aren’t in a pre-K program can sign up to be interviewed by staffers in the education department’s division of early childhood. With pre-K enrollment down by 13% this year, that could include a significant number of students. Interviews will happen remotely, opening up challenges for families who don’t have reliable access to internet or electronic devices.

M. Rene Islas, former executive director of the National Association for Gifted Children, said he was unaware of any empirical support for identifying such young students for gifted programs in a remote setting. In addition to issues with access to technology, he said that allowing evaluators to peer into the homes of young children could also introduce biases if, for example, a student is living in a crowded apartment.

“I’m really worried about that,” he said. “I don’t think that’s going to help with equity.”

Both parent nominations and teacher referrals for gifted programs have been shown to result in underrepresentation of Black, Latino, and low-income students. However, those disparities are basically erased for Black children when they have a Black teacher — and many pre-K classrooms are led by women of color.

“They’re trading one inequitable screen for another,” said Allison Roda, an assistant professor at Molloy College, who has studied New York City’s gifted programs and has advocated for their reform.

Since gifted classrooms are already unrepresentative, another potential knock against the program becoming much more diverse this year is that children with a sibling already enrolled in a school with a gifted program will continue to receive a priority in admissions.

Even this year’s lottery system could have only a limited effect, if the pool of interested families isn’t diverse. In a typical year, the racial and economic breakdown of those applying for a spot in gifted do not reflect the city as a whole. There are ways to try to make lotteries result in more diversity, by giving certain students a preference in admissions, which some schools for gifted students do.

Halley Potter, a senior fellow at the think tank The Century Foundation and a proponent of reforming the city’s approach to gifted education, called this year’s changes only “marginally” more fair.

“At least it is no longer based on a single standardized test to be administered in-person during a pandemic. But it’s ultimately tinkering around the edges of a broken system,” she said.

New York City’s gifted classrooms are an outlier in many respects. Few other school districts start programming as early as kindergarten, and only about 10% use a model that separates children into completely different classrooms.

Islas said ideally children would have multiple ways to be identified for admission, with multiple entry points throughout a student’s time in school. Many districts start programming around second grade. He said that expanding access to gifted programs in student’s home schools, with support and training for teachers to meet their individual needs, could make the system more representative.

“There should be more investment there, as opposed to creating a few, finite magnet schools where only the privileged have an opportunity to learn,” he said.

O’Hanlon, the education department spokesperson, said the city looks forward “to a long-term transformation” of its gifted programs. In reality, it will likely be up to the next administration to take on that hefty task. De Blasio, who controls the education department, is in his last year as mayor. What to do about gifted programs has already become an issue among the crowded field of Democrats vying to replace him.