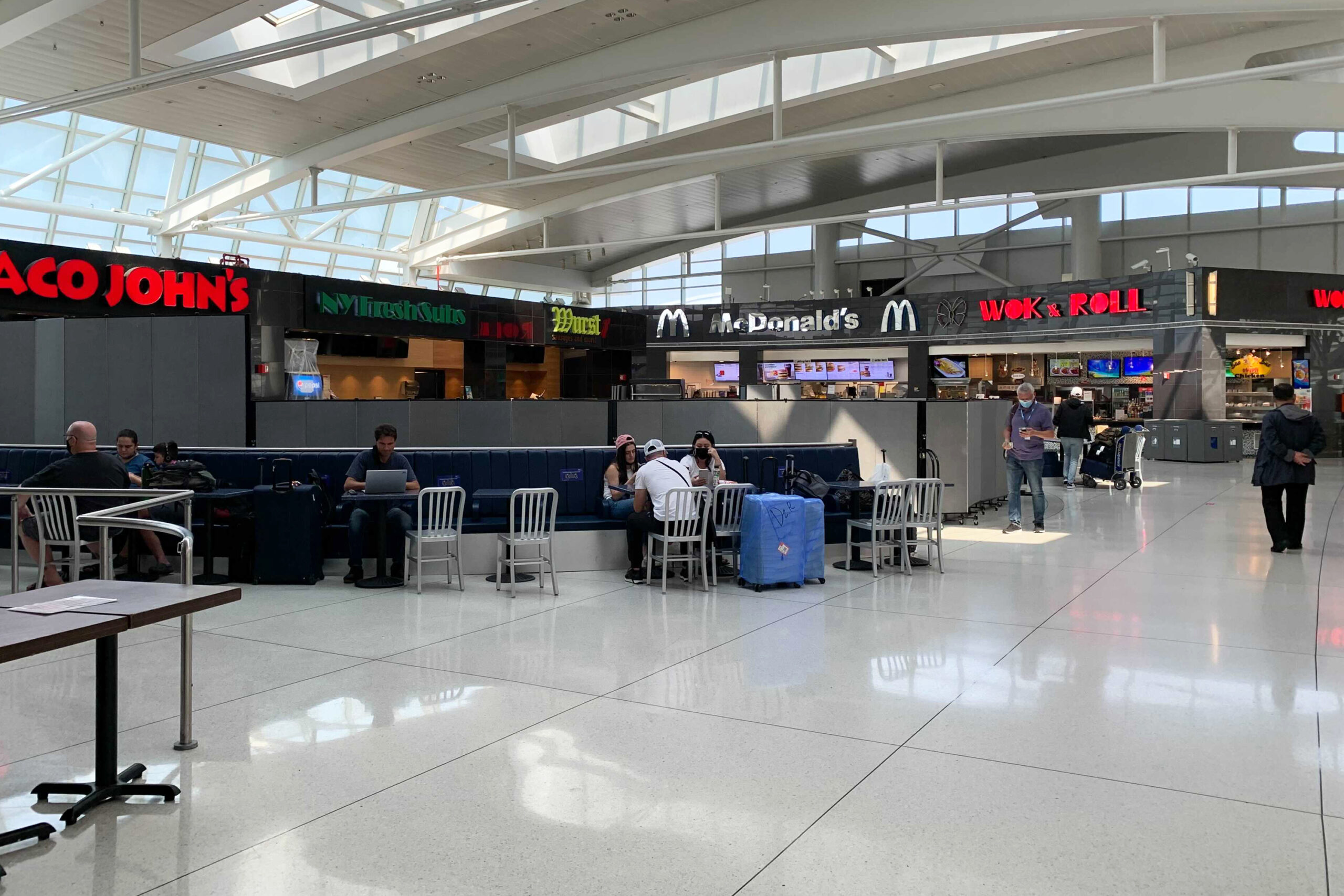 The company that operates food and beverage concessions at the region’s three major airports has been ordered to conduct a full audit of how much it makes customers pay after being called out online for sky-high prices on beer and French fries.

The Port Authority of New York and New Jersey recently asked for the audit after OTG — which runs restaurants and stores at LaGuardia, Kennedy and Newark airports — was flagged on Twitter by travelers outraged over a $27.85 Sam Adams Summer Ale and a $10.90 order of fries.

An OTG spokesperson told THE CITY the prices on the beer at LaGuardia and fries at Newark were “incorrectly posted” and “quickly corrected”  — to $18.15 and $8.45. One of OTG’s senior executives is Larry Schwartz, a longtime lieutenant to Governor Andrew Cuomo.

“Because of these posted-pricing hiccups, our in-house menu teams have been diligently working to ensure pricing across all restaurants are, in fact, rendering correctly,” said the spokesperson, Michael Marchese.

The Port Authority board last year approved airport price increases of up to 10% after voting in 2018 to increase the minimum wage for tens of thousands of airport workers to $19 an hour by 2023.

“Oh my goodness, I thought it was going to be $2.50,” said Emily Fishman, 75, after paying $4 for a 12-ounce bottle of Minute Maid orange juice at a JFK food court during a layover on a flight to Israel.  “They’ve got you, they know you don’t have a choice.”

Terminal operators and concession management companies set the prices at airports, based upon comparison to locations within the New York and New Jersey metropolitan area, according to the Port Authority.

“The Port Authority is committed to enforcing that all terminal operators and concessionaires adhere to cost parity policies throughout our airports,” a Port Authority spokesperson said in a statement to THE CITY. “We know this market is expensive enough already, so we’re committed to everything we can do to ensure reasonable prices for our customers.”

A search by THE CITY of several stores and eateries at LaGuardia and JFK turned up several items that could be had for much less than what the airport businesses charge.

At a NYC Aglow by Hudson newsstand/convenience store inside Terminal B at LaGuardia, a five and a half-ounce tin of Pringles potato chips sells for $5.99, while an 11.5 ounce bottle of Simply Lemonade goes for $4.69 and a five-ounce bag of Kettle Corn Popcorners can be had for $5.49.

At the Pronto Lotto and Vape convenience store in Flushing, the Pringles are priced at $2.50, with the Simply Lemonade bottle at $2.75. The Kettle Corn Popcorners, meanwhile, are $2.99 at the Saanvi Food Mart in Flushing.

At the Long Island Express Deli across from the AirTrain station in Jamaica, a 20-ounce bottle of soda sells for $1.75 — compared with $3.89 at a Hudson News in Terminal 1 at JFK. While a bottle of Dasani water is $3.69 at that same airport newsstand, it goes for $1.75 in Jamaica.

“We sometimes get people who stop by on the way to JFK and get stuff here,” said Jose Guanam, 61, a clerk at the deli. “They say it’s too expensive.”

As part of an approval process for airport concessionaires, the Port Authority said retailers are required to provide four product comparisons to businesses in the New York City region. They also are required to offer a “value item,” such as a combo meal.

Several travelers who spoke to THE CITY at Kennedy and LaGuardia said good deals are hard to come by at the airports.

“I paid $8 for two Fantas, that’s a ripoff,” said Felipe Rodriguez, 61, who flew into JFK from Puerto Rico. “It’s not like this is freshly squeezed juice — it’s Fanta!”

“I just figured airports are this expensive, no matter what,” said Kay Bolles, 37, who had a 10-hour JFK layover on her way from Ohio to Italy.  “I have a long day in the airport, so I brought cash for that.”

Airport concessionaires have struggled to stay open during the pandemic, according to Port Authority figures. At JFK, just 53% were open in June, compared to 64% at LaGuardia and 77% at Newark.

Hudson Group, the parent company of Hudson News with more than 1,000 stores and newsstands in airports and commuter terminals across the country and in Canada, did not respond to questions from THE CITY.

But Lund’s tweet about getting soaked on suds at LaGuardia caught the attention of OTG, whose Twitter account offered beers “on us” next time he travels through the airport.

Lund said he would welcome prices that are more in line with those outside of the airports.

“It strikes me as an enforced monopoly,” he told THE CITY.

And after passing on the high-priced Sam Adams Summer Ale, Lund said he settled for paying $11 for a 12-ounce beer.

“It was underwhelming,” he said. “It was a Heineken.”