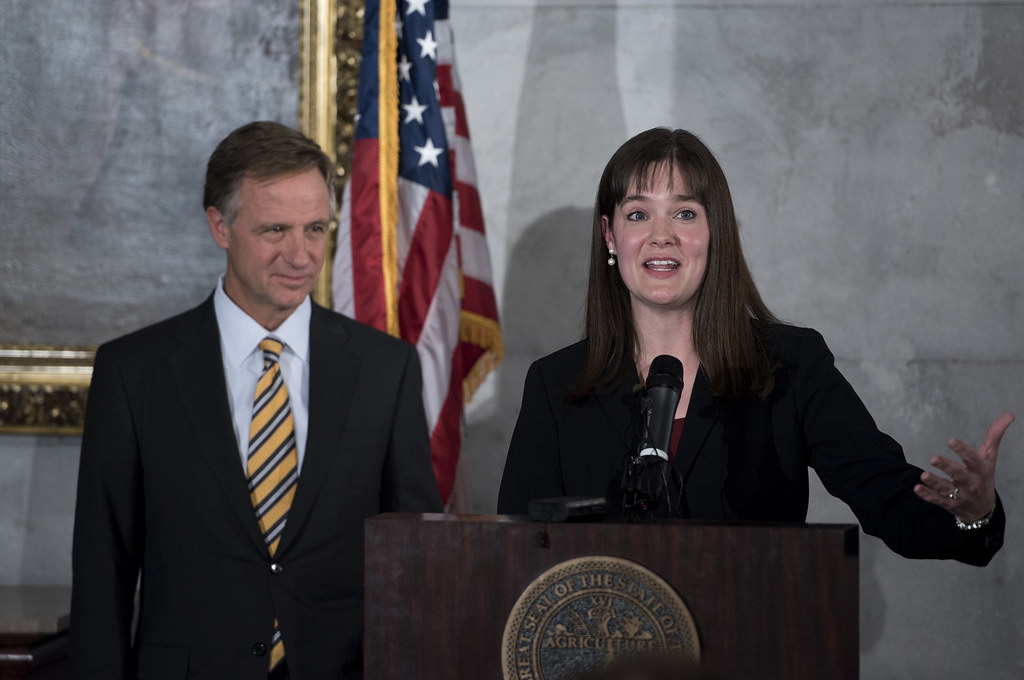 Former Tennessee Education Commissioner Candice McQueen is leaving her job as CEO of a national nonprofit education organization to become president of Lipscomb University in Nashville.

Since 2019, McQueen has been at the helm of the National Institute for Excellence in Teaching, which works with districts and schools to attract, develop, and keep high-quality educators. She was former Gov. Bill Haslam’s education chief from 2015 to 2018.

Lipscomb officials announced Thursday that McQueen will return to the university where she served as dean of the College of Education before joining Haslam’s administration. Lipscomb, a private Christian liberal arts school with about 6,000 students, consistently ranks as having among the state’s top teacher training programs.

McQueen, 47, was unanimously elected the first female CEO of the 130-year-old university during a special meeting this week of the Lipscomb Board of Trustees. She suceeds L. Randolph Lowry III, who will become the school’s chancellor.

Saying she was “honored and humbled” by the opportunity, McQueen called Lipscomb “a truly remarkable place where students grow in their faith and character while building toward their careers.”

A native of Clarksville, Tennessee, McQueen is a former teacher who joined Lipscomb’s education faculty in 2001 and was appointed dean in 2008. Under her leadership, the College of Education doubled its enrollment and added six graduate programs. She also was the founding director of Lipscomb’s Ayers Institute for Teacher Learning and Innovation.

McQueen will remain on the board for the National Institute for Excellence in Teaching, which will be led by co-presidents Josh Barnett and Laura Encalade. Encalade was McQueen’s chief of staff at the Tennessee Department of Education and transitioned with her boss to the institute, where she has been executive vice president of strategy and partnerships.