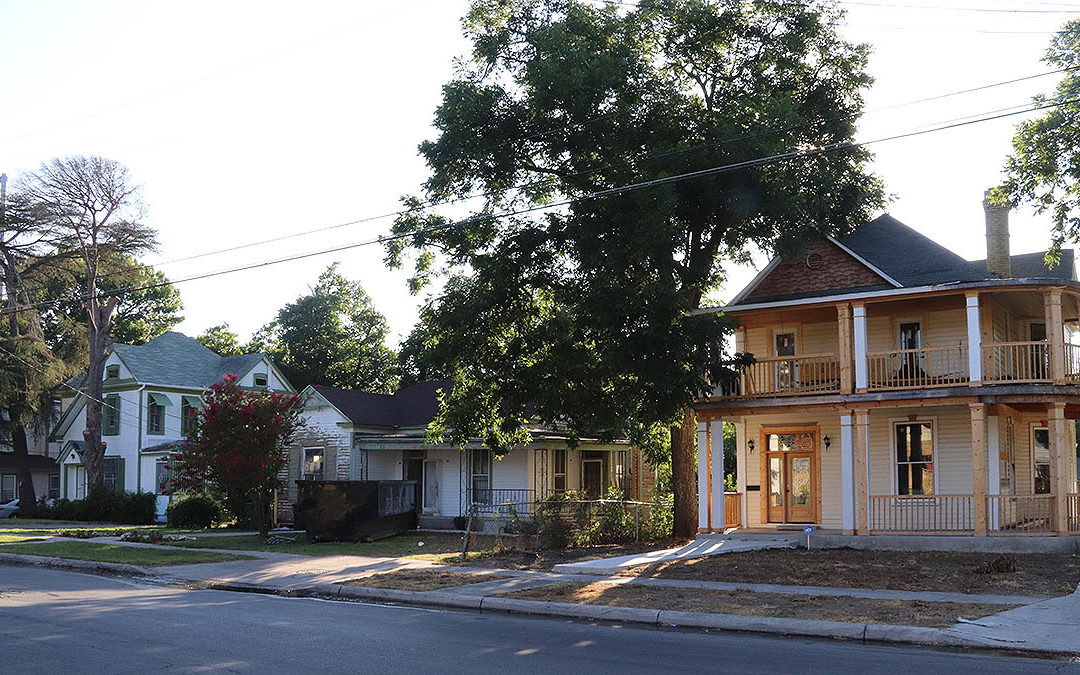 Short-term rentals like Airbnb are more popular than ever with tourists and property owners alike. But observers of this trend say short-term rentals (STRs) could be taking affordable housing units off the market when they are converted into Airbnbs—especially in gentrifying neighborhoods.

The plan, tossed around by a subcommittee of the Housing Commission to Protect and Preserve Dynamic and Diverse Neighborhoods, proposes a $2 fee for nightly Airbnb rentals that would generate about $400,000 in revenue a year for San Antonio, based on Airbnb’s rate of rentals in the city.

Also, in a separate process, the City of San Antonio has put together a task force to investigate whether to regulate STRs.

Since 2015, the amount of cumulative listings of Airbnbs in this city has risen from about 400 to 1,700, with a concentration in areas such as south downtown/Southtown, the near East Side, the neighborhoods just north of downtown and the Northwest side.

In some neighborhoods like Dignowity Hill, on the near East Side, some property owners are renovating their homes for Airbnb use.

Chris Lazaro, housing policy manager for the city’s Department of Planning & Community Development, said STRs might be taking the place of permanent housing. But Lazaro also told members of the housing commission last week that this scenario was unlikely. He referenced a 2016 study that determined that .03 percent of the 2,976 Airbnbs units in Portland were replacing potential housing stock.

Lazaro said the precedent for the nightly fee is based on a $1 nightly fee that New Orleans established that benefits that city’s Neighborhood Housing Improvement Fund.

In the Dignowity Hill area, where about 44 active rentals are listed on Airbnb, rental units were once considered affordable, said Liz Franklin, 10-year resident of Dignowity Hill, said. But the concept of affordable housing is “null and void” in Dignowity, as “it caters to a more affluent population and at $1,100 a month, affordable is not even part of the equation.”

Franklin supports the $2 fee, assuming it “goes to the right pot.” Members of the housing commission said they don’t know exactly how the money generated from the nightly STR fee would be applied.

Chris Mongeon, Dignowity Hill resident, is currently renting out three bedrooms at his house on 1115 Nolan St. on Airbnb.

But some neighbors, including Franklin, are trying to thwart Mongeon’s efforts to expand on the Airbnb trend and build a two-story, two-car garage with three apartment units in his backyard.

Mongeon said he’s fine with the idea of an STR fee.

Mongeon understands those Dignowity Hill residents who are against STRs and some of their arguments—How can we trust these people who we don’t know? How are they going to contribute to the neighborhood? But he said STRs are a double-edged sword.

“The free market is the free market,” he said. “When a neighborhood transitions to be more desirable, there are pros and cons that come along with that.”

On one hand, renting out rooms brings a diverse crowd and an influx of business to neighborhoods who benefit from increased traffic. On the other hand, these renovated homes could impact property values and thus increase property taxes.

“It’s a really complicated situation,” Mongeon said. “Obviously, we’re concerned for all of our neighbors, as tax appraisals have skyrocketed over the last few years.”