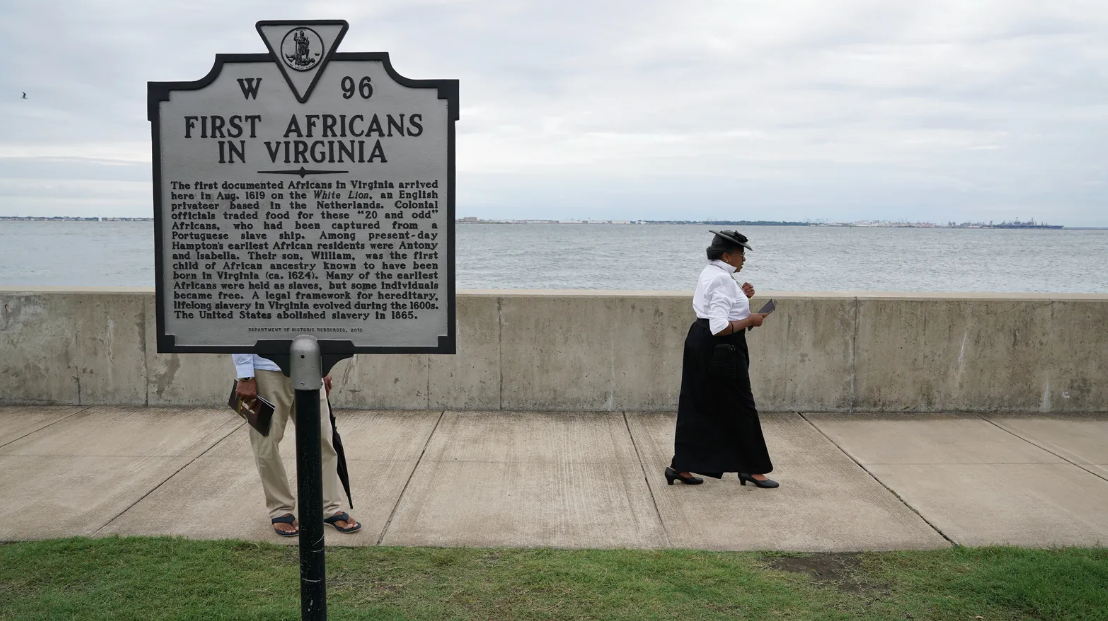 A blaze of conservative backlash ignited in 2019 when The New York Times published The 1619 Project and Nikole Hannah-Jones’ opening commentary. Conservative critics fueled heated debates on the role of critical race theory in the classroom and, more recently, the journalist’s tenure battle with the University of North Carolina at Chapel Hill. Today, critical race theory – or the study of how racism shapes laws, policies, and society – is familiar to most and, so too, is the debate about how race factors into the teaching of American history.

Chalkbeat has tracked at least 27 state-level efforts attempting to restrict educators from discussing systemic racism, critical race theory, and The 1619 Project. The bans and political pressure affect millions of students, educators, and administrators nationwide by inhibiting classroom conversations on racial injustice. To chronicle how Hannah-Jones’ work and tenure controversy contributed to this transformational moment in history education and educational policy, Chalkbeat has created a timeline of key events.

The New York Times launches The 1619 Project, the brainchild of Hannah-Jones, a veteran journalist and recipient of the John D. and Catherine T. MacArthur Foundation “genius grant.” The series of articles and columns commemorates the date 400 years ago when about two dozen enslaved Africans disembarked near Kikotan or Point Comfort, today located in Hampton, Virginia. According to the series, their arrival in 1619 represents the expansion of American slavery and the “founding contradictions” of U.S. colonial history. Three months later, Hannah-Jones wins the Distinguished Alumna Award from the University of North Carolina at Chapel Hill.

The New York Times publishes a letter from five historians denouncing what they called a “misleading” project and noting the newspaper’s plan to distribute the series to schools. That same month, the Pulitzer Center, an educational outreach organization that promotes democracy through journalism, releases its annual report, which details the successful educational partnership between The Center and The 1619 Project. The report states that thousands of educators in every state used the provided lesson plans. It adds, “Five school systems adopted the project district-wide: Buffalo, New York; Chicago; Washington, DC; Wilmington, Delaware; and Winston-Salem, North Carolina.”

Hannah-Jones wins the Pulitzer Prize for Commentary. In its citation, the committee recognized Hannah-Jones for her stage-setting essay “which seeks to place the enslavement of Africans at the center of America’s story, prompting public conversation about the nation’s founding and evolution.” Days later, the world watches as white police officer Derek Chauvin murders black Minneapolis resident George Floyd. The incident leads to days of racial unrest, which Hannah-Jones chronicles through the lens of critical race theory in her column, “What is Owed.”

On Jan. 6, Trump supporters storm the U.S. Capitol, falsely claiming that state election officials rigged voting results to guarantee then-President-elect Joe Biden’s victory. In his final days in office, Trump’s controversial 1776 Commission releases its report. In a press release, Trump describes the report as “a dispositive rebuttal of reckless “re-education” attempts that seek to reframe American history around the idea that the United States is not an exceptional country but an evil one.”

The Biden administration announces the creation of the American History and Civics Education grants to promote “culturally responsive teaching.” And on April 26, the University of North Carolina at Chapel Hill announces that Hannah-Jones would join the university as the first African American to hold the Knight Chair in Race and Investigative Journalism, a position historically held by a tenured faculty member.

Three weeks after the announcement, conservative backlash and pressure from conservative activist and UNC Board of Governors member Art Pope leads the board of trustees to withhold tenure, a status that grants faculty members substantial job security and academic freedom.

Following public outcry and student demonstrations, the UNC board changes course and approves Hannah-Jones’ tenure application in a 9-4 vote.

Hannah-Jones declines the tenured position at the University of North Carolina and announces that she will instead join Howard University, a historically black institution, in a tenured position as the inaugural Knight Chair in Race and Reporting. In a July 7 interview on CNN, she says, “Trying to really silence me at the [University of North Carolina] is part of a wave of these anti-1619 Project, anti-critical race theory, anti-history bills that are being passed. And they’re being passed in the same legislatures that are also passing voter suppression laws, so these two things are going hand-in-hand.”