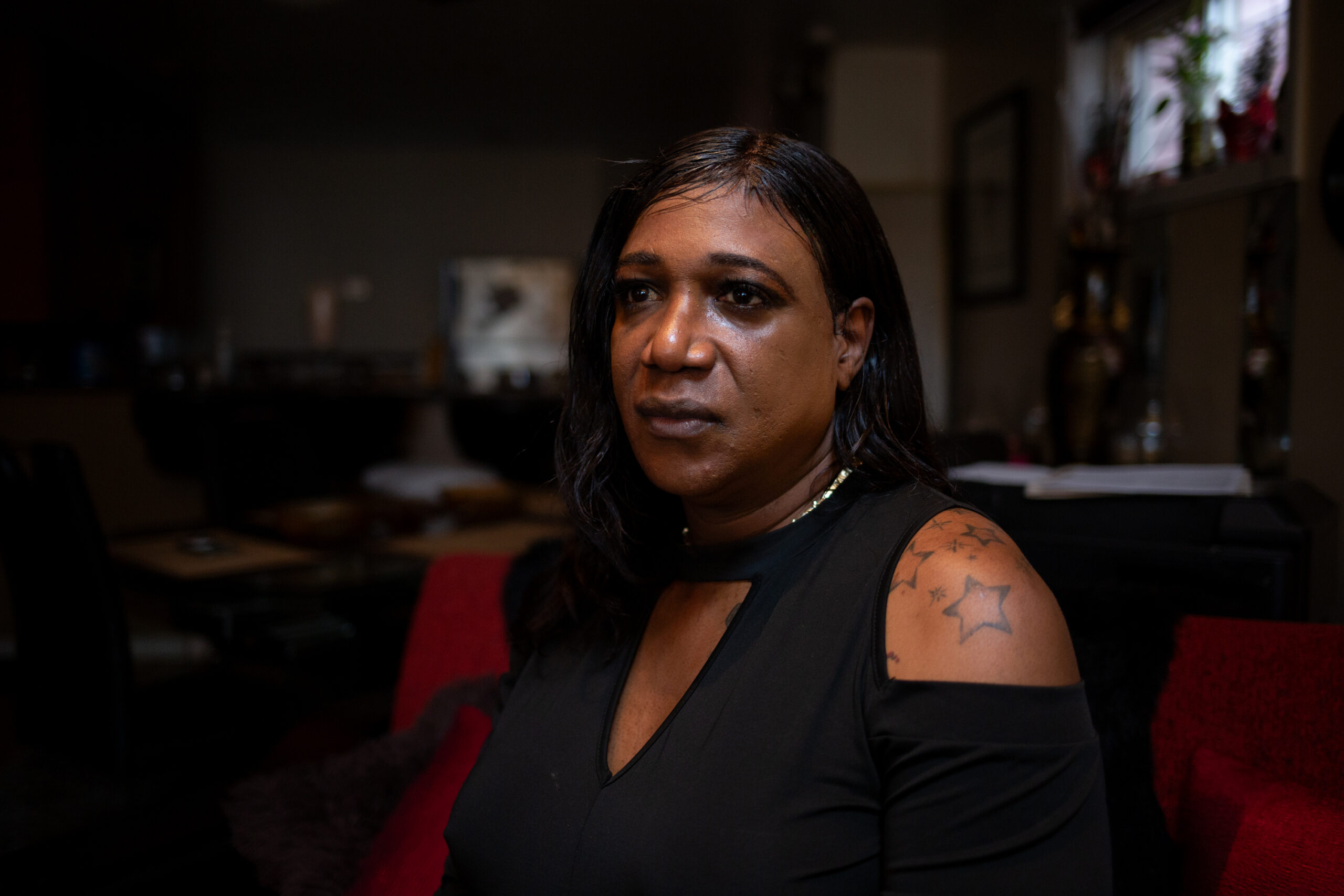 A transgender woman sexually harassed and denied housing by a real estate broker is still waiting a year later for $50,000 in damages —  and said she’s heard little from the city agency that put her in an anti-discrimination ad campaign.

“I received absolutely nothing,” Giana Desir, of Brooklyn, told THE CITY. “And on top of receiving nothing, not even a phone call.”

It’s been just over a year since the New York City Commission on Human Rights ordered the broker, Henry Walter, and his company Empire State Realty & Management of Brooklyn, to pay Desir.

On Wednesday, after THE CITY inquired about the payment lag, city lawyers filed a petition in State Supreme Court seeking a $38,000 late fee on top of the original penalty. That drives the amount owed by Walter and company up to $113,000.

Meanwhile, Desir said, no one from the human rights agency has contacted her in  about eight months.

“It’s really kind of screwed up that people in the commission are probably only going to look back at this because someone brought attention to it, when it should have been something that should have been important to them,” Desir added.

Desir was facing eviction and fearing homelessness when she met Walter in 2015.

Now, she says she feels “used” by the city’s human rights agency, which featured her in an anti-housing discrimination ad campaign but hasn’t kept her up to date on the status of her case.

“The only communication I had with anyone dealing with this situation was for the small ad that they did,” Desir said. “Basically, nobody really gave a hoot.”

Human Rights Commission officials confirmed to THE CITY that Walter and Empire haven’t compiled with the order from last year. Walter and his company also didn’t participate in a mediation process with members of the trans community, which could have lowered the civil penalty by $15,000.   https://www.instagram.com/p/B_nVINDBf_V/?igshid=fr79qcys4bjh

The commission did not respond to questions about why the person at the center of the case was not kept apprised.

Desir, who’s lived in a Canarsie apartment since 2018, said the incident, legal proceedings and aftermath of news coverage have been emotionally draining.

“I still remember how disheartening, how hurt and how crushed I was when I could not find an apartment, simply based on me being trans,” she said. “I don’t think anyone can understand how disheartening that feels.”

For over a year, THE CITY had been asking the Commission on Human Rights about the status of Desir’s case and then payment owed, with little detail in response. On Tuesday, a spokesperson finally said the case had been referred to the Law Department for collection and enforcement. The petition was filed the next day.

The Law Department’s new filing reiterates the facts of the case and spells out the justification for increasing the penalty:

“Rather than assist Ms. Desir in finding an apartment, Respondent Walter made sexually suggestive, lewd and outrageous statements to Ms. Desir, and told her the apartments he had available were not suitable for Ms. Desir because she is a transgender woman,” wrote Assistant Corporation Counsel Daniel Whitman.

A Law Department spokesperson said the agency is committed to seeking justice.

“We’re taking steps to enforce the Commission’s order,” said the spokesperson, Nick Paolucci. “We’ll hold Empire and Walter accountable — they are not above the law.”

He said it was the human rights agency’s responsibility to “deal with the complainant.”

Neither Walter nor a representative of his company could be reached for comment.

Desir said support for the trans community ebbs and flows with the “political winds,” and that it was particularly difficult during Donald Trump’s presidency, as certain rights and protections came under attack.

But she said she appreciates anyone who understands that “people are people.”

“It took a while for people to realize that gay people were just people. Trans people, we’re just people,” she said. “I don’t feel like every time I speak to somebody, I need to explain my trans-ness to anyone. That’s another human being that deserves all the rights that you and your children and your family get.”