Please ensure Javascript is enabled for purposes of website accessibility Which Mayoral Candidates Agree with You? Here’s Why We Made a Tool That Tells You - Mid Year Media Review
Skip to content 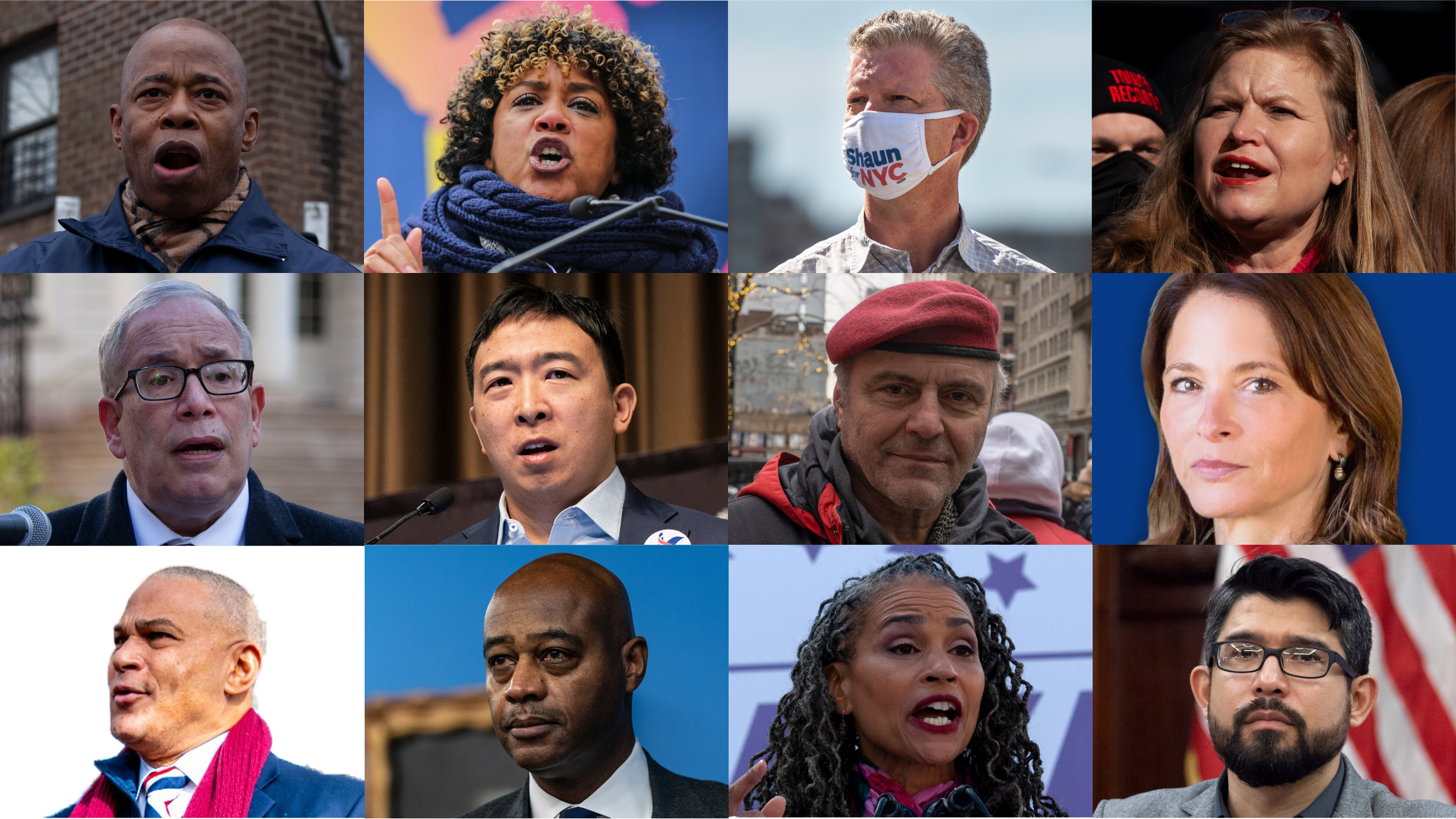 One reader from Brooklyn asked a question that we get all the time: “How can I differentiate between the gazillion mayoral candidates?”

To be perfectly honest, we also had the same question.

It’s not easy to keep track of everyone running (there are more than 40 mayoral candidates). And knowing that you can pick up to five candidates with ranked choice voting may make casting a ballot in the June 22 primary feel even more daunting.

So we decided to make a tool to help with all that.

It’s basically a short series of questions — one might even call it a quiz — that will match you with candidates who align with you on a particular issue. To breakdown how it works, we talked with a couple of the people at THE CITY behind Meet Your Mayor: interactives and graphics producer Will Welch and deputy editor Alyssa Katz.

First, we got candidates to take a stand

More than flashy campaign speeches and talking points, readers told us they wanted to know where candidates actually stand on the issues when stacked against each other.

A reader in The Bronx said: “Stances are really important to me and those can be really hard to figure out — what is each candidate standing for?”

Katz said that’s the whole point of Meet Your Mayor: “We are forcing the candidates to show us how they make tough decisions between alternatives, because ultimately that’s what you’ll be doing as mayor.”

She said that candidates often try to make themselves stand out to voters by floating big ideas and hypothetical programs. But that kind of self-promotion doesn’t always give voters an idea of the tough choices the candidate would make under pressure in office.

THE CITY sent mayoral candidates a survey and gave them the opportunity to answer the same set of questions, starting with three major topics: policing, educationand COVID recovery.

The team selected about a dozen candidates to include based on who is doing well in polling and fundraising, and who has been participating in public forums. Meet Your Mayor includes both Democrats and Republicans.

We told the campaigns that if they didn’t respond, we’d try to answer the questions for them based on public statements the candidate has made.

Then, we went to a million virtual forums for you

Since early January, the mayoral hopefuls have been speaking at dozens of candidate forums and other public campaign events, mostly online.

We know that pretty much no one has time to watch all of those events. So in addition to the surveys, we pulled statements from these recorded forums to show each candidate backing up their choice in their own words.

So far, we’ve waded through around 35 online meetings and 35 interviews, as well as the candidates’ campaign websites, social media accounts and news clips. We’ll keep updating and adding to the record as the primary gets closer.

Now, this is where you come in…

Lots of issues, but let’s start with the NYPD, COVID recovery and education

We used all of the survey responses, the online forum transcripts and other statements to build Meet Your Mayor, which presents readers with the same exact questions we asked the candidates.

And as you answer each of the questions, the tool will show you who aligns your answers.

Welch said: “You can see literally issue by issue exactly where you line up with the candidates.… Hopefully, this will allow you to see where there are differences, and also see where there’s a lot of agreement.”

We asked the candidates four or so questions on various topics. And as you answer them, you’ll see which candidates agreed with you.

Pro tip: When using Meet Your Mayor, make sure you hover over or click on the candidates’ photos after each question to see these corresponding quotes.

More issues? Yes! They are coming…

Over the course of the next couple months, Meet Your Mayor will roll out new topics, including housing, the budget and more. By the end, you should be able to see which candidate or candidates best reflects your stances across a wide spectrum of issues.

So this isn’t the last you’ll hear from us about Meet Your Mayor.

But, as with everything with the Civic Newsroom, we want to hear more from you. We’re still building on this tool, so help us figure out what some future topics should be — and help us hold our future leaders accountable.

A few more tools for you

Got some time? Here are a few campaign events this week

Speaking of events: The next round of our Civic Newsroom meetings is coming up. We are returning virtually to Mott Haven, Brownsville and Flushing. We’re also holding another city-wide online meeting.

Here are details for the second round of sessions:

While all the meetings are open to everyone, if you live in those specific neighborhoods, please try to join us for those meetings. If you live elsewhere in the city, please join us for the citywide meeting.

This article was originally posted on Which Mayoral Candidates Agree with You? Here’s Why We Made a Tool That Tells You