Please ensure Javascript is enabled for purposes of website accessibility I was a Stuyvesant senior on 9/11. It changed me forever. - Mid Year Media Review
Skip to content 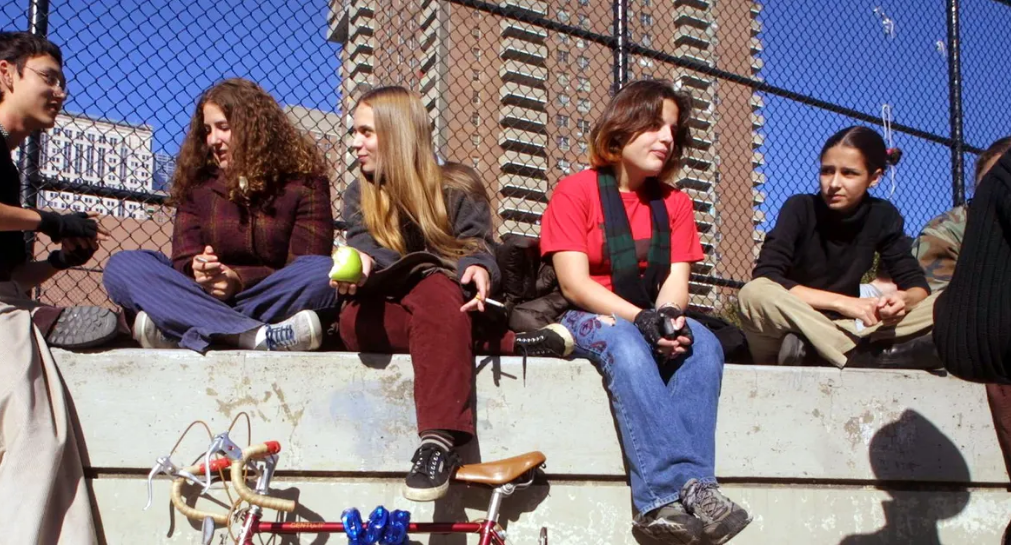 Stuyvesant High School’s drafting department sat on the 10th floor, an isolated outpost at the very top of the building. Whereas the original Stuyvesant building on 15th Street stood out as a grand beaux-arts monolith, the newer Battery Park City building blended in with the upscale brick- and glass-clad condos going up around it. In Mr. Scotti’s drafting class, I sat with my back to the window, so it was my desk mate who, overlooking the southern tip of the island out toward the Statue of Liberty, bore the brunt of the distraction.

On the morning of September 11, halfway through our lesson, Mr. Scotti was teaching us to draw straight lines or something of the sort. Only three days into the school year, we weren’t bored yet, but we were still teenagers in an early morning session who had been doing something incredibly repetitive for three-quarters of an hour and knew we were only halfway through class.

Suddenly the sound of a major explosion shook me out of my line-drawing stupor. My deskmate’s eyes went wide. The building shook violently, and when I turned around to look outside, a huge fireball had engulfed the north tower of the World Trade Center. Mr. Scotti looked alarmed, but when he finally spoke, it was to tell us to return to the lesson. He’d been at Stuyvesant in 1993 when a bomb had gone off in the basement of the World Trade Center. They hadn’t evacuated the school then, so he assumed we’d stay put this time, too.

Unsurprisingly, Mr. Scotti’s “focus on the lines” approach didn’t do much to calm the class. Isolated in the 10th-floor classroom, I couldn’t see how the rest of the school was reacting, but I suspected I should panic. As Mr. Scotti taught, attempting to keep the class calm, a student popped in from a room next door, where they had turned on the television, and announced that a plane had hit the World Trade Center.

That idea seemed absurd — absurd enough that I didn’t really give it much thought as the fire burned. I watched as what looked like objects fell from the North Tower. I told myself that they were just construction materials — pieces of plaster, sheetrock, nails. I didn’t worry that these objects seemed to move. The smoke made everything look like it was moving. For almost 20 years, I’ve known that those falling shapes were people. In that moment, however, many of the important details weren’t registering.

What did register were the sounds. Screams fled in from the street below, shouting surrounded us, and sirens blared from all directions. The first 15 minutes of the disaster felt like hours, and during those “hours,” I thought a lot about how every day on the way to school, as clouds moved past the Twin Towers and made them look like they were migrating toward me, I would think to myself, Those are too tall — they could fall on me. When the first tower was hit, my first thought was, I am scared, but my second thought wasn’t about the victims or how emergency services would possibly be able to respond to something this big or anything even remotely as generous. My second thought was, I was right.

Eventually, a voice over the loudspeaker told us to stay put. A few minutes later, something with wings pierced the shadow of the fires. I assumed it was a curious, death-defying bird. It was a plane. We heard another huge explosion. I’ve thought a lot about the fact that the second plane, which passed directly by my window, was the last plane in my life that I didn’t pay attention to. It was the last time that I didn’t track an aircraft’s path until I could be sure it would make it out of view. Since 2001, I have lost hours of my life, little moments every day, to watching planes go by. Despite all that was going on, 9:02 a.m. on September 11, 2001, was the last minute of my life that was free of the obligation of noticing.

The rhetoric around 9/11 is always that it was this massive singular event that will never be replicated. That we should #NeverForget it. That it’s special. It’s not. Little 9/11s happen constantly. We often create them out of situations that didn’t have to be disasters at all.

Unsurprisingly, the people who suffer the most in disasters big and small are often the people with the least agency — kids. Every day in America, millions of children head to school worried that a random act of gun violence could end their lives. Kids in Flint, Michigan, prepare for school without clean water or living with the complicated legacies of having gone years without that resource. Kids in New Orleans, Louisiana, and Houston, Texas, get dressed in homes and neighborhoods still dealing with flood damage or flooding anew. Kids in California wake up in neighborhoods suffused with smoke from acres-wide fires and have to pretend it’s like any other day. Kids living in pandemic hot zones or, frankly, anywhere in America in 2020 and 2021, watch their world shrink overnight.

The experience of 9/11 may have been on a larger scale than a few of these, an act of mass violence paired with a major health and environmental disaster, but that doesn’t mean that these individual crises aren’t bad enough on their own. Lives are irrevocably changed by smaller disasters, too.

Often the way we process the scale of a disaster isn’t really about how big it is, anyway. A lot of big and little 9/11s happen to kids and communities that don’t have the coattails of responders or other designated “heroes” to ride or financial resources to throw around or voices the media is willing to seek out. Even with the clarifying effect that the COVID-19 pandemic has had on many Americans, we at most do some hand-wringing. We ask, “What did we do to create this problem?” Then we do nothing.

Occasionally, when adults fail to take proper stock of the situation, we leave kids to ask what’s going on themselves. March for Our Lives, the impressive organization that was formed by student survivors in the aftermath of the school shooting at Marjory Stoneman Douglas High School in Parkland, Florida, is an outgrowth of a system in which adults shirked their duty to think critically about the role they had played in creating a crisis. It shouldn’t have been on the kids who were victimized to inquire about the policies that led to their trauma, but somebody had to.

In 2006, fresh out of college,  I started an advocacy organization called StuyHealth that advocates for young adults impacted by the 9/11 disaster and the World Trade Center cleanup. Ever since I have been doing the work of raising the profile of that story and letting the students of 9/11 know about the services available to them. In 2019, I testified before Congress alongside comedian Jon Stewart and 9/11 first responder Det. Lou Alvarez, who has since died of cancer, to make sure students would be a part of the Zadroga Act’s permanent renewal.

If we learn anything from the slow-rolling, still simmering COVID-19 crisis, I hope it’s this: That preemptive action to save people from suffering is always a good idea. That it’s worth a risk to the economy to make sure people are safe. People are our most important asset, not financial indicators. In the aftermath of a crisis, however, I don’t think that we should be initially preoccupied with how we allowed the crisis to happen. When the damage is done, what we should ask first is, “How can we protect survivors from further harm?”

People rarely mention the unpleasant reality that is living with the long-term consequences of a disaster, but we do see glimmers of it in the news sometimes in reports, for example, about GoFundMe accounts popping up for gunshot victims and cancer patients. (Medical bills account for one-third of GoFundMe’s business, and crowdfunding platforms have become one of the main ways that American families pay for sudden health expenses.) Trauma can result in higher rates of substance abuse and suicide. And traumatized adults may make terrible decisions that traumatize kids further in the name of safety.

We think we’re addressing the question of how to prevent further harm while asking Stuyvesant students to wear IDs, claiming that is how we will protect them from terrorists. Or asking kids in Parkland to use clear backpacks to protect them from guns. Or watching kids in Flint bathe in donated bottled water.

Unfortunately, wearing IDs doesn’t clean the air at Stuyvesant, nor does it make the student body feel safer from terrorism. Clear backpacks in Parkland inflicted their own trauma because they were a visual reminder that something terrifying had happened recently and that nothing would ever be the same. Bathing in bottled water doesn’t stop Flint’s kids from experiencing the effects of having already bathed in and ingested contaminated water.

Instead of waiting around or letting ourselves get drawn into a system that pits trauma victims against each other, we should proactively attend to all of their unfortunately imminent problems: Flint’s need for clean water, the need to pass some kind of gun control legislation, the need to wear masks to stop the further spread of COVID, as well as the problems that forthcoming disaster victims are sure to face down the road — and the never-ending health care costs that come with living through the aftermath of a crisis. Figuring out how to do this is, in part, the responsibility of victims like myself.

Those of us who have the obligation of noticing the world around us should take the victories we’ve won and lessons we’ve learned and start thinking broadly about how to help others like us. We should fight for their access to care as if it’s our own community on the line because, in so many ways, it actually is.

This article was originally posted on I was a Stuyvesant senior on 9/11. It changed me forever.