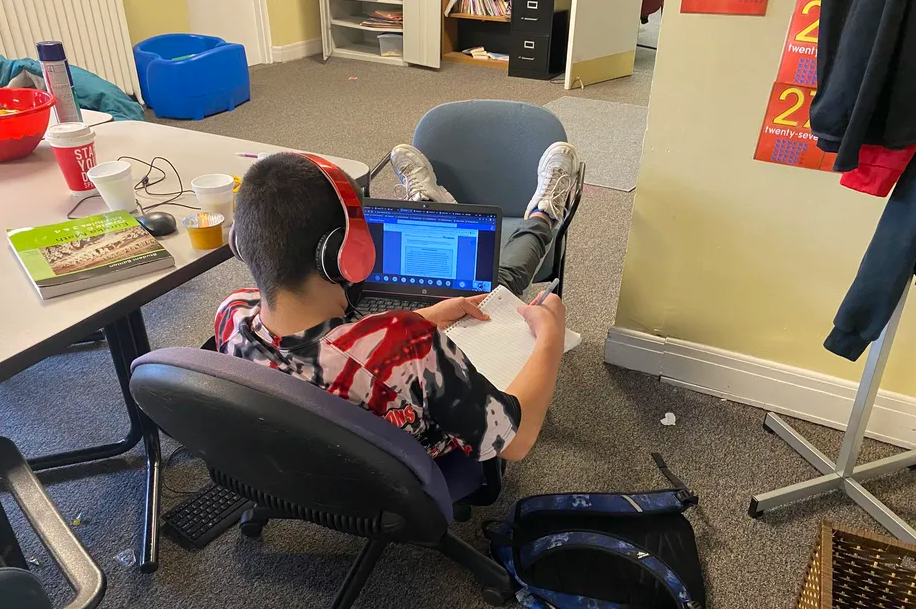 Instead of offering its own remote instruction next school year, Indianapolis Public Schools proposes to direct students to two local virtual charter schools.

Students who want to continue all-remote learning next year would have to transfer to Phalen Virtual Leadership Academy or Paramount Online Academy. The IPS board reviewed partnership agreements Tuesday night and plans to vote on them Thursday.

Under the partnerships, the two virtual charter schools would join the district as innovation schools, operating independently with oversight and additional funding from IPS. The agreements outline a five-year term.

District teachers have been simultaneously instructing virtual and in-person students. Superintendent Aleesia Johnson said that has been “incredibly challenging and not sustainable long term.”

“We need to make sure we have an option that does not put that lift on our individual classroom teachers but could still respond to our families who want that virtual option in the future,’’ Johnson said.

IPS officials said that last month they surveyed about 5,000 families of students who were learning remotely through online surveys, a high school advisory meeting, and parent focus groups. About 650 people responded. According to the district, 60% of respondents said they would like a full-time virtual option next school year, but Johnson said she expects hundreds — not thousands — of students to sign up for the virtual option.

The two virtual schools will receive per-student state funding, and an additional $500 per student from the district.

The extra district funding will allow the schools to provide a “high-quality, small class sizes, fully virtual program,” according to IPS documents. Daily live instruction will take place at both schools.

The funds would cover technology and facility needs for both schools. Paramount, for example, plans to use part of that funding for noise-canceling insulation for teachers, Johnson said.

The virtual schools submitted applications. Johnson said that the district’s academics team then interviewed leaders about their curriculum, their student feedback cycle, and grading system to make sure it all met district standards.

Two years ago, Indiana lawmakers slashed funding for virtual schools due to low performance and started funding virtual schools at 85% of what it normally provides districts for each student. Amid widespread remote learning this school year, the state provided full funding for all students.

On Tuesday night a few board members said they were hesitant, since the schools are new and virtual charter schools have a history of low performance in Indiana.

“I’m not really seeing how this particular opportunity that has been very risky and in many cases, not even effective in teaching — to put that into our portfolio just seems a little bit too shaky for me,” Collins said.