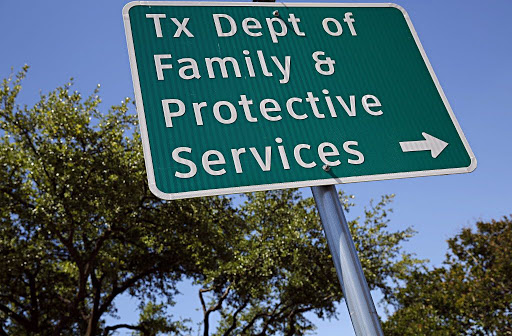 Two years after U.S. District Judge Janis Jack ordered a long list of reforms for the Texas foster care system, state health and human services officials have made some improvements. But on Tuesday, Jack again decided they haven’t done enough.

In a quick morning hearing, Jack said she will give state officials until May to make progress on all of her orders, which resulted from a now decadelong lawsuit against the state filed by representatives for the more than 15,000 children in foster care in Texas. If the state fails to make the changes in time, Jack said she would not only sanction the state with hefty fines but also call another hearing for every new example of noncompliance.

“The agencies must be able to continue their efforts to protect children in the state’s managing conservatorship from abuse and neglect,” Abbott wrote.

Last year, Jack found state officials in contempt of court on two separate occasions for not making enough progress on her orders, which include timely investigations of abuse and neglect in foster homes, increased oversight of residential facilities that house children and improved communication between state agencies that oversee foster children and license their facilities.

As of Jan. 24, 485 investigations on reports of abuse had remained open for more than 30 days, and only 38 of those had valid extensions, Jack said.

“We should all be working together on this, and in that spirit, I’m going to tell you that this is not compliance,” Jack said of the backlog in investigations.

A report of persistent abuses at Devereux Advanced Behavioral Health, a long-term residential facility near Galveston, triggered the hearing after court-appointed monitors found that staff at the facility consistently used injury-inducing physical restraints on children and multiple staff members had been accused of neglect or sexual assault.

“I’m just trying to get my head around — you all are paying Devereux to have these children raped and restrained, abused and not educated,” Jack said during the hearing.

Devereux officials couldn’t be immediately be reached for comment Tuesday.

Kerrie Judice, a child protective services research and policy analyst for the nonprofit TexProtects, said investigations often take long because caseworkers have overwhelming caseloads and each one requires thorough reporting. But she said they still need to be completed in a timely manner.

“These remedial orders went into effect two years ago, and we’re continuing to see where the state is placing children at an unreasonable risk of harm,” Judice said in an interview with The Texas Tribune. “We’re not seeing kids come out of that placement [in a facility] better than when they came in. If anything, we’re seeing kids potentially more traumatized.”

This requires residential facilities to use a treatment model that recognizes the amount of trauma children have faced, have a registered or licensed nursing staff available 24/7 on site and demonstrate family engagement and outreach, among other requirements.

None of the roughly 250 Texas facilities that provide 24-hour care for multiple children meet these requirements, Jack said.