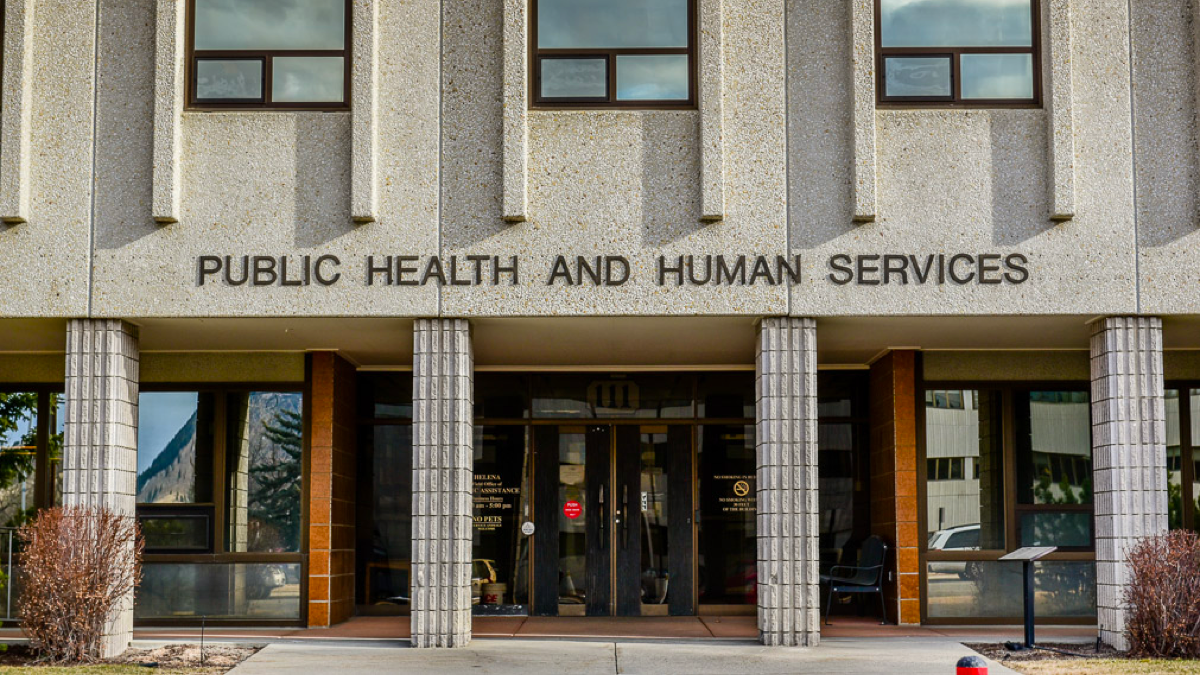 Adam Meier, most recently a policy consultant for Connecting the Dots Policy Solutions, previously served as secretary of the Kentucky Cabinet for Health and Family Services under former Republican Gov. Matt Bevin. Before taking that position, Meier worked for Bevin as his deputy chief of policy. Gianforte announced Meier as his choice to lead Montana’s DPHHS in mid-January.

In his opening remarks to lawmakers on the Senate Public Health, Welfare and Safety Committee Wednesday, Meier said he wanted to re-enter public service in part to effectuate change in policy rather than only proposing new ideas. He said he was advised by an unnamed colleague to consider applying for a position in the Gianforte administration.

“Since I’ve arrived, I’ve been extremely impressed with the leadership team that Gov. Gianforte has assembled,” said Meier, who mentioned that his family is still in Kentucky. “Equally impressed with the team at DPHHS. It’s just an incredible team of hardworking public servants.”

Several people spoke in favor of the nominee. Those included Lt. Gov. Kristen Juras, three of Meier’s former colleagues from Kentucky, and the operations services branch manager of DPHHS, Erica Johnston, who said she considers the position to be the most important appointment in Gianforte’s cabinet.

“I, in my work with Adam thus far, have observed that his breadth of knowledge in the very services and programs that we operate is highly valuable,” Johnston said. “He has a measured approach. He asks thoughtful questions. He understands the work that we do.”

Republicans and Democrats on the committee posed a range of pointed questions to Meier that plumbed his philosophy on managing the child welfare system, substance use disorder treatment programs and Medicaid caseloads overseen by DPHHS. As of November of last year, roughly 240,700 Montanans, including children, received health care through standard Medicaid or expanded Medicaid. In that same month, fewer than 2,500 households were enrolled in public assistance through Temporary Assistance for Needy Families.

“Do you have any idea how, by running that organization, we could reduce the number of people on welfare, return them to being solid citizens, and not have their children grow up on welfare?” asked Sen. Brad Molnar, R-Laurel.

Meier, in response, described his support for holistic services that help Montanans gain stability through public assistance and get connected to other resources, such as job training and opportunities for gainful employment.

“We need to make sure we’re having a warm hand-off,” Meier said. “We need to engage our community partners so that we have good places in their communities that they can go to receive education, receive support, receive food assistance, whatever the case may be, whatever they need to get on their feet. It’s really about coordinating those programs so that it builds a continuum of care and not just a hodgepodge of different benefit programs.”

Molnar also questioned Meier about how he would handle improper decisions made by employees within the Child and Family Services Division, which investigates reports of child abuse and neglect. When asked about how he might seek to remove unsatisfactory caseworkers, Meier expressed his intention to ensure employees are adequately trained and supported for their difficult jobs.

“What often happens is blame is placed on that frontline worker,” Meier said in a lengthy response. “‘So and so didn’t do a visit.’ But we don’t look at why they didn’t do the visit. We don’t look at that second story. And it’s really important that we look at that second story to see … what happened in the system that caused that bad outcome to happen.”

In their questions, Democrats honed in on Meier’s role in changing Medicaid policy in Kentucky, including a controversial work requirement proposal created by the Bevin administration. The Kentucky HEALTH waiver was accepted by the federal government in 2018, but eventually challenged in court. It was recently rescinded by Kentucky’s current governor.

Meier said he viewed the wide-ranging policy as a way to incentivize healthy, stable lifestyles and eventually shift Kentucky residents to the private insurance market.

“There were protections that many of those people would move off of Medicaid,” Meier said. “The idea was that many of them would be moving into private insurance because we would have been successful in creating those links to employment and training.”

In an exchange with Sen. Mary McNally, D-Billings, Meier acknowledged that Montana’s Medicaid expansion program has been thoroughly structured by the Legislature since its initial passage in 2015.

“You guys have set the policy as it relates to Medicaid expansion and what you want to see in it,” Meier said. “So my job here is to carry out the policy and effectuate the policy that you guys have put forth, and that Gov. Gianforte has put forth in his vision.”

Meier acknowledged that he has room to grow in his new position, specifically when it comes to working with tribal governments. He noted that while Kentucky has a range of cultures and communities, it does not have any federally recognized tribes or reservations.

“This is something I am eager to learn more about,” Meier said. “But I will say that my reputation is one that works with stakeholders … My goal is to work with all of the community partners so that we can have not just a top-down approach, but a community-driven approach.”

Sen. Diane Sands, D-Missoula, pushed Meier on his targeted outcomes within the Gianforte administration, particularly given his $165,000 salary previously announced by the governor.

“Exactly what are those specific metrics against which your performance is going to be measured, Mr. Director?” Sands asked.

Meier said he and Gianforte are currently “setting goals” for the department and are still assessing the available data on which to base their impact. He said the Legislature will be kept informed of the department’s progress on all fronts.

The committee did not vote on Meier’s confirmation on Wednesday.