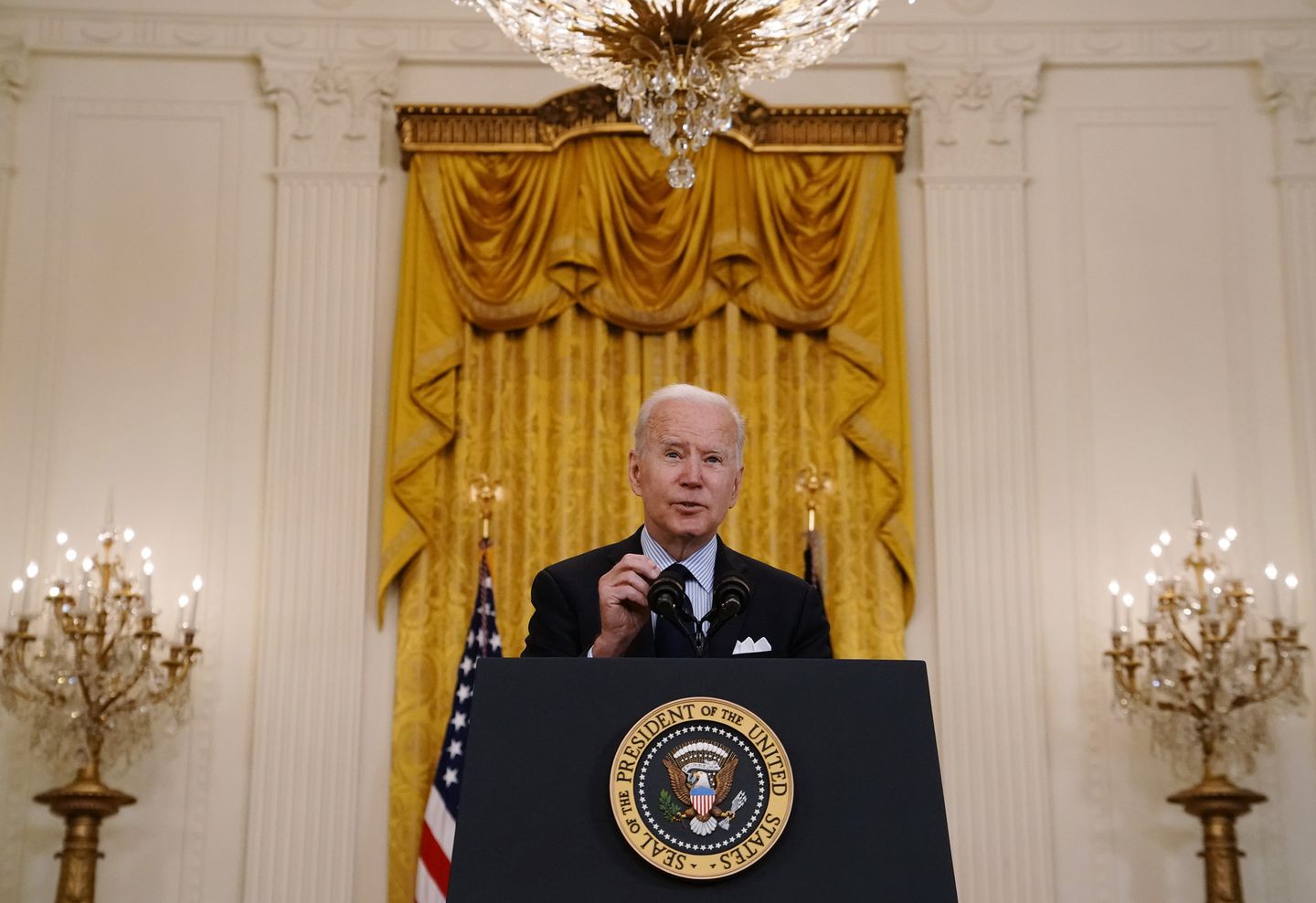 Many Americans are wary of President Joe Biden’s trillions of dollars in new spending proposals, according to the latest polling data.

The newly released Yahoo News/YouGov poll asked Americans about a range of issues related to Biden’s spending plans and the economic impact of the growing federal budget.

Employers across the country have reported difficulty hiring workers, in part because of a $300 weekly unemployment benefit provided by the federal government on top of state benefits.

Notably, a plurality of 43% of Americans said the federal government should discontinue the $300 federal unemployment payments that began as a result of a surge in unemployment during the pandemic while 41% said they should continue.

Recently, Republicans in red states and in Congress have called for an end to the payments. Several Republican senators introduced the “Get Americans Back to Work Act” last week to repeal the payments, citing employers’ difficulty in finding workers even as the unemployment rate rises.

The White House has rebuffed claims that the payments are the root cause of unemployment.

“We’re going to make it clear that anyone collecting unemployment who was offered a suitable job must take the job or lose their unemployment benefits,” Biden said last week. “We don’t see much evidence of that.”

Republicans in red states, though, see rising unemployment as a direct result of federal unemployment benefits, saying when the payments are added to state benefits, staying home becomes more attractive than heading back to work.

More than a dozen states have announced they will no longer accept the $300 payments, saying they are doing more harm than good.

Texas became the latest state to turn away the federal payments. Texas’ Republican Gov. Greg Abbott pointed to the Texas Workforce Commission, which says roughly 45% of job postings offer wages over $15.50 per hour and about 76% pay over $11.50 per hour, well above the minimum wage.

“The Texas economy is booming and employers are hiring in communities throughout the state,” Abbott said. “According to the Texas Workforce Commission, the number of job openings in Texas is almost identical to the number of Texans who are receiving unemployment benefits. That assessment does not include the voluminous jobs that typically are not listed, like construction and restaurant jobs. In fact, there are nearly 60 percent more jobs open (and listed) in Texas today than there was in February 2020, the month before the Pandemic hit Texas.”

The polling data and Republican response to federal help mark a mindset shift as the economy poises to fully reopen amidst rising vaccinations.

“At this stage of opening the state 100%, the focus must be on helping unemployed Texans connect with the more than a million job openings, rather than paying unemployment benefits to remain off the employment rolls,” Abbott said.

Pollsters interviewed 1,561 Americans last week across all demographics. The poll has a 2.6% margin of error.