Please ensure Javascript is enabled for purposes of website accessibility Melbourne finally has a Crown royal commission — is this going to stop crime and gambling harm? - Mid Year Media Review
Skip to content 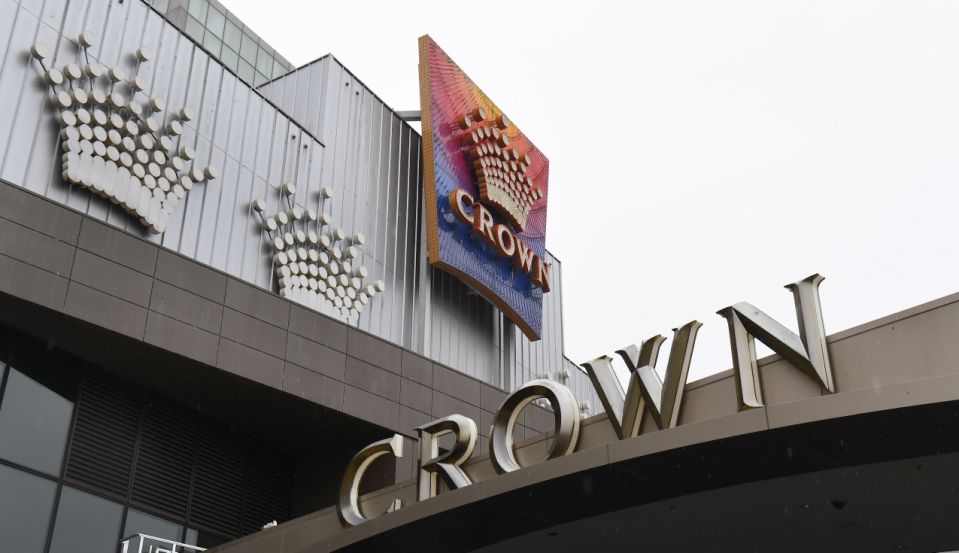 The Victorian government has announced a royal commission into Crown Melbourne, following the damning findings of the Bergin inquiry into Crown’s Sydney casino licence earlier this month.

The inquiry found Crown Sydney Gaming was “not a suitable person” to operate the Sydney casino.

It also found Crown Resorts was “not suitable to be a close associate of the licensee”, pointing to the infiltration and exploitation of Crown’s Melbourne and Perth operations by “criminal elements, probably including international criminal organisations”.

Last week, the Western Australian government announced an inquiry into the operations of the Perth casino. Now, it’s Victoria’s turn.

The Victorian royal commission will look specifically at the suitability of Crown Resorts Ltd (the parent company) to be the operator of the Melbourne casino. The terms of reference are narrowly oriented towards Crown’s compliance with Victorian law and regulation, rather than focusing on regulation more broadly.

What about existing regulation?

The royal commission appears to be a vote of little confidence in the Victorian gambling regulator. The Victorian Commission for Gambling and Liquor Regulation has at least three inquiries already under way into Crown. These include a review of the Bergin findings, and a review announced after 2019 media revelations about links to organised crime. There’s also a regular review of the casino licensee, brought forward from 2023.

Then again, in her report, Commissioner Patricia Bergin recommended regulation of casinos should be undertaken by an independent casino commission. She also said this body should be armed with the powers of a standing royal commission.

The logic here is that conventional regulators lack the power to properly inquire into, and demand evidence of, the workings of a business that is a magnet for criminal involvement and money laundering.

Of course, any proper investigation into gambling regulation needs to look far beyond what happens in casinos.

Poker machines in Australia’s clubs and pubs take about A$13 billion from punters every year, more than twice the $5 billion lost at casinos. Much of what is lost at casinos goes into poker machines. Harm and money laundering are also endemic in suburban pubs and clubs.

Crown, perhaps more than other gambling venues, is a locus of gambling harm. It has more than 2600 poker machines, each making about $170,000 per year, or $462.7 million in total, as Crown’s annual report reveals. The “high rollers” are the cream on top of the profitable “grind” of the main floor – the term casino operators apply to their regular customers.

Across Australia, there are nearly 200,000 poker machines operating in other casinos and suburban clubs and pubs. These are also magnets for money laundering and tax evasion. This might be at a smaller scale individually, but in the aggregate, it’s as big a problem as those identified at Crown.

This is easiest in NSW, where poker machines have a “load-up limit” of $7500. Laundering drug profits, or some cash-in-hand payments, is as easy as a quick visit to the local club.

So, any scrutiny of Crown’s suitability surely needs to consider how the casino addresses its legal obligation to provide gambling responsibly.

There’s certainly evidence this is a significant issue for Crown. It’s previously been fined for tampering with poker machines, and reprimanded by the Victorian regulator for not taking harm minimisation seriously.

Too big to fail?

Crown is touted as a large employer, a contributor to tax revenue, and a major entertainment and tourism venue.

It may be all of these things, but as far as employment goes, the Australian Bureau of Statistics tells us gambling activities across Australia employed 26,000 people in November 2020, while the creative and performing arts employed 50,000.

As a contributor to tax revenue, the Bureau of Statistics also says Crown contributed less than 1% of Victoria’s state tax revenue in 2018-19, or about $228 million. Lotteries contributed more than twice that, and poker machines in clubs and pubs nearly five times as much.

It’s entirely possible the net value of the operation to Victoria may be overstated, to put it mildly.

On Monday, the Victorian government said it would “legislate” later this year to “give effect to any findings of the royal commission”. It also said it had started work to set up an independent casino regulator.

This would be a solid step, but it also needs to encompass the regulation of all forms of gambling. There’s no doubt Crown’s malfeasance in Melbourne and Perth went apparently undetected for so long because regulation was under-powered, under-resourced, and frequently undermined by political parties of both major persuasions.

Melbourne’s Crown royal commission needs to report back by August. This is an ambitious timeline.

In the meantime, it will be fascinating to observe how Crown remakes itself, as has been promised by its chair, Helen Coonan, who is now also CEO.

Even more fascinating will be whether the other inquiries, reviews and assessments also now underway actually produce any real change.

Only when the regulator, the system of regulation, and the legislation that underpins it all are robust, suitably powered, and properly resourced, will there be real change.

Until then, we can expect periodic scandals to engulf gambling operators, and the machinery of gambling harm production to grind on.

This article was originally posted on Melbourne finally has a Crown royal commission — is this going to stop crime and gambling harm?