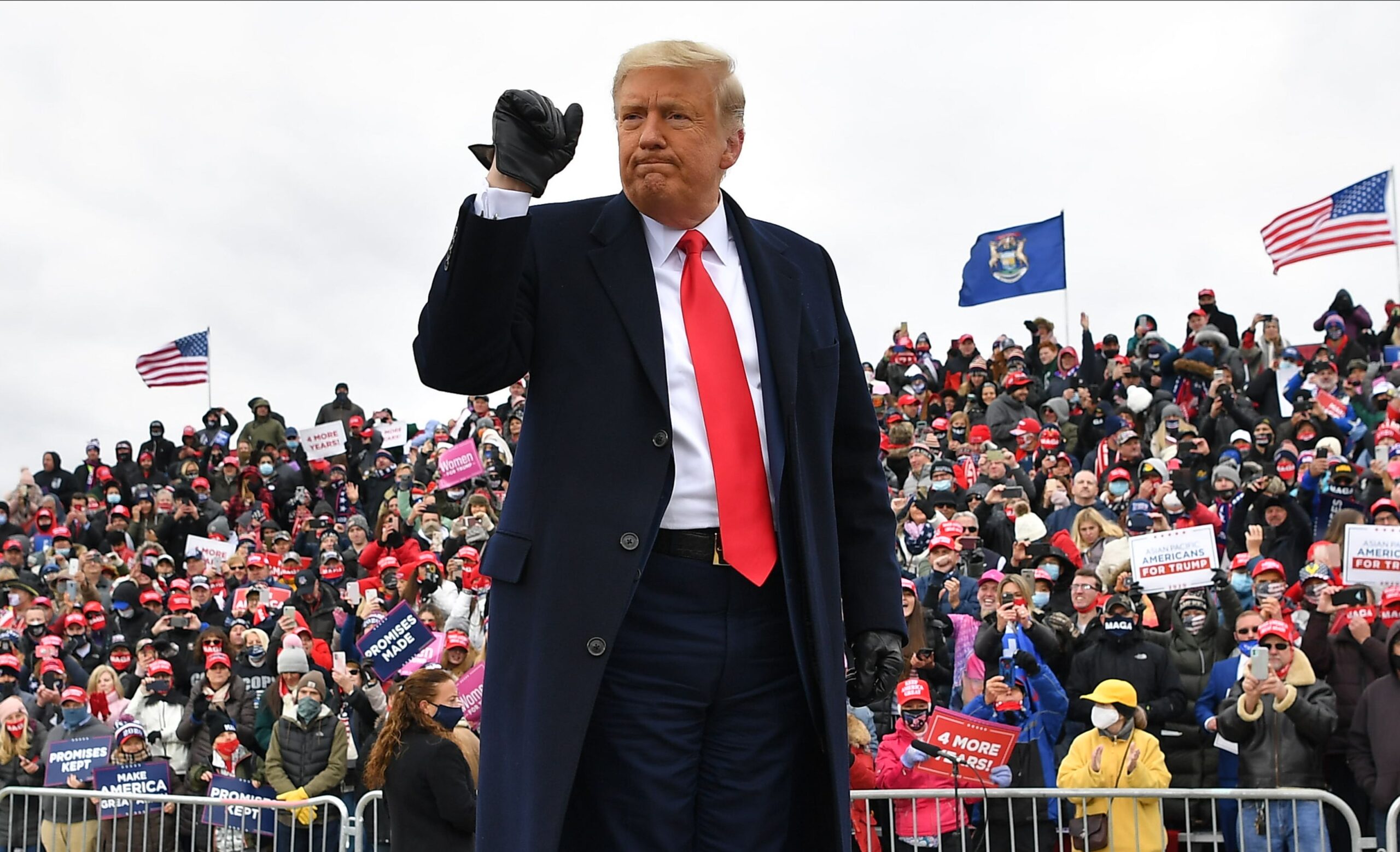 Members of the Republican Study Committee visited the Rio Grande Valley this week to learn about the challenges Texas is facing in one of the heaviest trafficked sectors along the states border with Mexico. The committee is the largest conservative caucus in the U.S. House of Representatives, chaired by Rep. Jim Banks of Indiana.

At an event at the unfinished border wall at the Pharr-Renayso port of entry with former President Donald Trump, committee member Madison Cawthorn, R-North Carolina, said what he observed was a humanitarian crisis and the border needed to be shut down.

“Every state in America,” he said, “is a border state. What’s going on here affects the entire rest of the country. It affects our labor market, our infrastructure … and will absolutely destroy our welfare system, and then our country will basically collapse. Everyone needs to be incredibly concerned about this. I’m calling on my own Governor Roy Cooper to do exactly as Florida Governor Ron DeSantis has done to send some of our forces down to the southern border so that Gov. Abbott has the resources he needs to secure our border.

“We need to stop the hemorrhaging,” he added. “We need to lock it down and stop anyone from getting into our country. It is absolutely not safe to not know who is in our country.”

U.S. Rep. Lauren Boebert, R-Colorado, tweeted a photo of herself with migrant children at the border Tuesday night, saying, “If [Vice President] Kamala [Harris] had left the tarmac and visited the actual border, she’d have seen these scared and abandoned children I saw last night. This is a humanitarian crisis that we must address. Anyone who claims to care about the lives of children would be appalled at the things I’m seeing down here.”

Harris faced criticism last week when she visited the border community of El Paso – her first border visit since being put in charge of the immigration crisis by President Joe Biden more than three months ago – but avoided regions seeing the highest levels of illegal immigration.

Former Texas Secretary of State and now Congressman Roger Williams, said, “We’re here to send a message to everybody that we’ve got to get politics out of this. This is a humanitarian crisis. It’s a sovereignty crisis. We need to build this wall. We know it works.”

The root cause of illegal immigration, he said, wasn’t because of other countries’ policies but because of Biden’s policies. Harris and Biden have said massive amounts of people wouldn’t try to enter the U.S. illegally if it weren’t for the poverty and oppression they face in their home countries.

In response to the surge of crime Texas is experiencing from illegal immigration, Congressman Chip Roy told The Center Square, “Texas has to secure the border. I think we ought to go so far as to just seal the border. Texas needs to say right now, ‘We don’t care what you’re saying, Washington, we are going to do this.’”

When asked about Abbott shutting down the ports of entry on state roads, which many Texans are asking him to do, Roy said, the move “should be on the table. We ought to be talking about it.

“I’m glad the governor is talking about building the wall and doing what we need to do,” he added, “but we can’t wait 18 more months to take back Congress to then try to fight two more years of Biden. We’re not going to make it three and a half years. We’ve got to secure the border now and that’s going to take an overt action, now. Literally getting people down here to support DPS, National Guard, whatever infrastructure is needed, possibly shutting down a lot or all traffic.”

Roy says his colleagues are also urging their governors to offer help especially after Florida’s DeSantis “stepped up a little bit. I’d like to see all of them step up more, like send resources, send dollars, send people. But Texas is going to have to secure the border herself.”

Also at the border with the congressional delegation was state Sen. Paul Bettencourt, R-Houston, who said the unfinished wall was a “graphic illustration of a half built wall missing the whole project intent.” The goal is to do what has been happening in California since the 1990s, where the barriers built around the point of entry were designed to slow illegal immigration into a controlled fashion as opposed to having a wide open border like what is in Texas.”

Jackson County Sheriff AJ Lauderback told The Center Square that what is happening in Texas happened immediately after Biden reversed policies that worked. He said, “I think we have to be constantly reminded that within the space of four hours we went from a stable, secure national border with a foreign country to mass chaos.

“The byproduct of bad policy here from the federal government, when you successfully open the border up, you bring in masses of cartel influence and empowerment who are now able to work with impunity.” It’s a very efficient business the cartels operate, he said, adding that the cartels are enemy number one to the United States and Texas.

The solution, Lauderback says, is to “re-implement successful policies that we know are proven to work. Be loud and proud of a Texas and America that has a safe national border.”

To those who don’t think what is happening in Texas affects them or that immigration is not an issue, Lauderback suggests that they “come over here to Texas and see exactly what we are experiencing here. And understand that immigration and open border policy damages all states and all counties. What’s in Texas today will be in all counties in other states tomorrow or your backyard.”