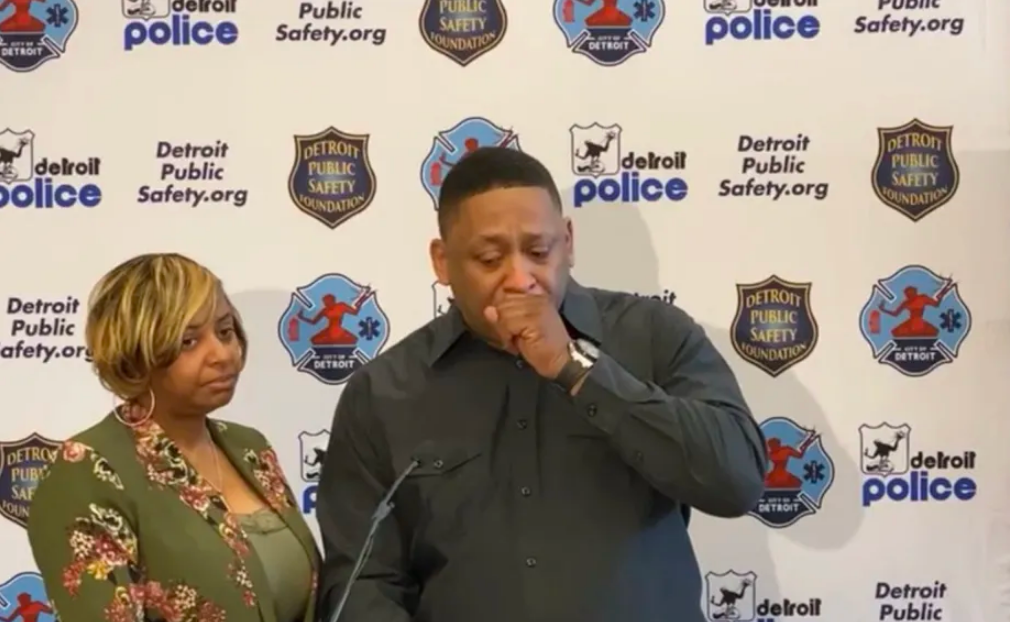 Skylar Herbert’s parents haven’t touched her bedroom since the 5-year-old died of COVID-19 complications nearly a year ago. They still hear her voice. They still see her dancing the way the bright, friendly girl loved to do. And they still cry every day.

Skylar was the first child in Michigan to die from COVID-19, and in her honor, the city of Detroit   has changed the name of the main Detroit Public Safety headquarters gathering room from the Michigan Room to the Skylar Herbert Room. Skylar’s parents, LaVondria and Ebbie Herbert, are both first responders.

For the parents, who spoke with emotion and tears and wore black face masks with the words “Skylar Forever” in white at a press conference Wednesday, the honor is humbling.

“Just to have her honored — this is overwhelming,” said Ebbie Herbert, a Detroit firefighter. His wife is a Detroit police officer.

Speakers during Wednesday’s event said her death last April was a catalyst to help people understand the dangers of the virus. Now, organizers hope people will look back at COVID’s impact on the city over the past year and understand the importance of getting vaccinated. The event ended with this message: “Take it for Skylar.”

When Skylar became sick, Detroit was in the midst of a serious surge in positive coronavirus cases. A year later, that surge is back, not just in the city but across Michigan. Positive COVID-19 cases have risen sharply. So have hospitalizations.

But at Wednesday’s event, the focus was on Skylar and honoring her memory.

“The loss of Skylar touched the hearts of every single person in this city, because of her age and because she comes from a family who spent their whole lives protecting us. It hit even more personally,” Mayor Mike Duggan said.

LaVondria Herbert said she’s still trying to cope with her daughter’s death. She prays often, but there is still that nagging question of, “Why did this happen to me?”

“People don’t know my story. This was my first child. I had her at 41 years old. And I didn’t want to have kids and then I had this miracle baby. I was so excited once I found out I was having a girl.”

Skylar was a little girl with a big heart and an even bigger smile whose personality lit up the room.  She liked to sing and dance, even though “she wasn’t a dancer at all, but you couldn’t tell her that,” her mother said.

“She’s probably dancing around right now like, ‘Oh my God, did y’all see my picture? They got my picture up.’ She was always happy, such a sweet girl. Very compassionate.”

In a video that played during the event, Ebbie Herbert said one of the most difficult things for him to cope with is that his job as a firefighter requires him to risk his own life to save strangers.

“And I see my own daughter and I can’t help her. What can I do?” Ebbie said. “It was devastating to our family.”

The two have become vaccination advocates. They see it as a way to honor their daughter’s memory. They’ve both been vaccinated.

“Skylar’s death won’t go in vain,” Ebbie said. “If you say you’re taking it for Skylar, I’m fine with it.”

This article was originally posted on Memorial honors Detroit COVID victim, age 5, as her parents push for more vaccinations