Please ensure Javascript is enabled for purposes of website accessibility Michigan’s school exam must go on after waiver is denied, but who will take it? - Mid Year Media Review
Skip to content 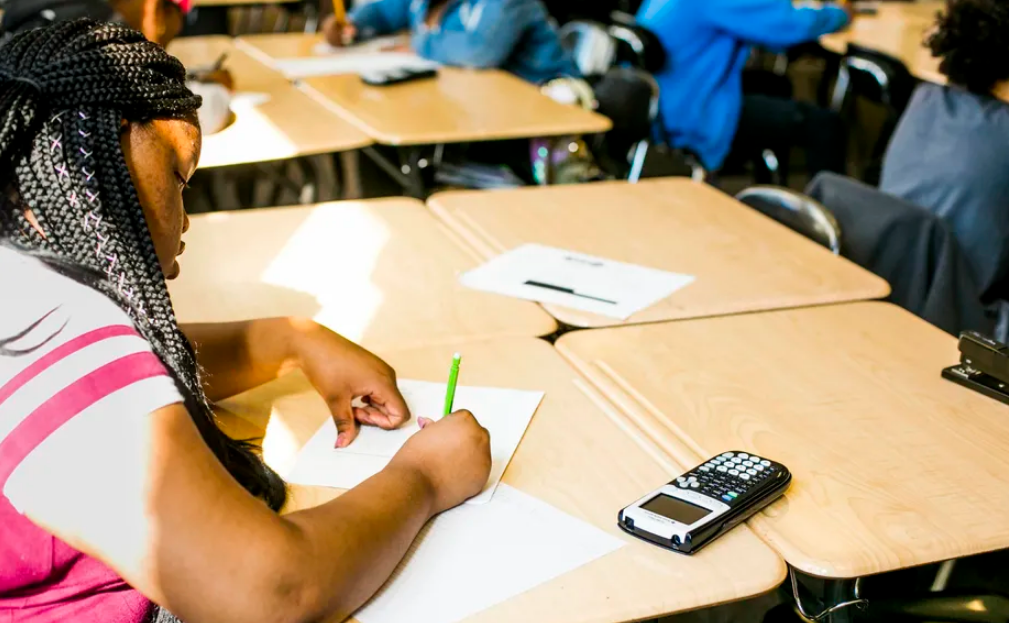 The U.S. Department of Education has denied a request from Michigan officials that would allow the state exam to be canceled this year, a move one state education official described as “shameful.”

“This is beyond disappointing. It’s shameful,” Casandra Ulbrich, president of the Michigan Board of Education, said in a statement Tuesday evening. “USED had an opportunity to do the right thing for the right reasons, and instead chose to appease special interests rather than support students.”

The denial means Michigan schools can begin administering state exams beginning Monday. But there is enough flexibility to make the results difficult to analyze. For starters, the federal department previously said schools won’t be held accountable for rules that require 95% of its students to be tested.

And the Michigan Department of Education has told districts that students learning remotely don’t have to be tested.

“MDE has informed school districts that during the COVID-19 pandemic, it does not support requiring otherwise remote or virtual students to be brought into school solely for the purpose of state assessment,” a statement from the state department said.

In its denial letter, the federal department made a similar assurance to districts:

“We do not believe that, if there are places where students are unable to attend school safely in person because of the pandemic, they should be brought into school buildings for the sole purpose of taking a test,” wrote Ian Rosenblum, deputy assistant secretary for policy and programs.

The Michigan education department said districts must offer virtual students the option to come into school to take the state exam. That may particularly be important for students who want to take the SAT.

In late March, the federal department approved one Michigan request — to waive most school accountability rules. That waiver means the state won’t have to rank schools based largely on test scores.

Twice this school year, Michigan asked the federal government to waive the testing requirements. In its most recent request, the state said it wants to allow locally chosen assessments — called benchmark exams —  to be used to meet the federal testing requirements. Benchmark assessments are administered multiple times during a school year and allow educators to track improvement over the course of that year.

State law adopted last summer requires districts to adopt such an exam and administer it twice this school year.

The denial of Michigan’s waiver wasn’t surprising. South Carolina, which sought a similar waiver that would allow the use of benchmark assessments, was also denied.

State Superintendent Michael Rice issued a statement saying the federal department “continues to demonstrate its disconnect from conditions in public schools in Michigan and across the country. Michigan has the highest rates of recent COVID-19 cases and recent cases per 100,000 in the nation at the moment.

Said Rice: “Is it any wonder that educators are leaving the profession when, in a pandemic, USED insists that Michigan use time, which should be dedicated to children’s social, emotional, and academic growth, to test a portion of its students to generate data that will inform precisely nothing about our children’s needs that we won’t already know more substantially and quickly with benchmark assessments this year?”

Michigan’s state exams include the M-STEP, several additional state exams, and the SAT. Scores from the exam are used for accountability purposes.

“Obtaining data on student learning includes high-quality statewide assessments, which can help identify where opportunity gaps are persistent and have been exacerbated — particularly during the pandemic — and, along with other data, can help states direct resources and support to close those gaps,” Rosenblum wrote.

Jennifer Mrozowski, spokeswoman for the Education Trust-Midwest, an education advocacy and research organization, applauded the federal decision, saying they “took an important step in ensuring that Michigan parents, educators and policymakers will have critical data to better understand the impact of this unprecedented period of unfinished learning. The student assessment data also will be critical to informing how to invest state and federal dollars equitably so that funding is directed where it’s needed most.”

This article was originally posted on Michigan’s school exam must go on after waiver is denied, but who will take it?