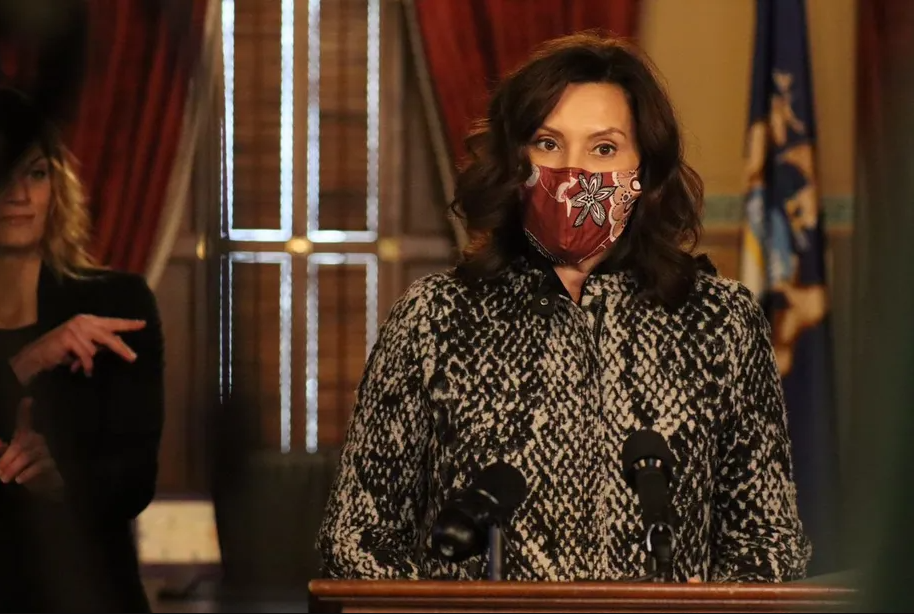 Gov. Gretchen Whitmer signed the final pieces of a $70 billion state budget on Wednesday but not before nixing a provision that would have prohibited enforcement of school mask mandates.

The budget bill the Republican-controlled Legislature passed last week would have prohibited state and local health officials from enforcing orders requiring children under 18 to wear masks.

During Wednesday’s bill signing at Lansing Community College, Whitmer said she will not enforce that provision because she wants to “continue to support our local public health measures and protect people and save lives.”

“It is important for Michiganders to have every available tool in their toolbox to protect themselves and others from this deadly virus. Gov. Whitmer will always protect public health measures that save lives and oppose any attempts to undermine or restrict basic life-saving actions throughout this pandemic,” Leddy said.

The bill signing came as COVID cases continued to rise in Michigan and across the nation.

Republican ​​Sen. Jim Stamas, who leads the appropriations committee, said the spending plan increases investments in important priorities such as education and economic recovery and that Whitmer should support it in its entirety.

“It is a shame that this governor would even contemplate ignoring any part of this budget that passed with overwhelming bipartisan support,” he told Chalkbeat.

Democrats have said they supported the bill because they knew the mask measure inserted by Republicans would be unenforceable.

Parent Emily Mellitis is glad Whitmer will allow mask enforcement to continue in schools and counties that require them.

“The majority of Michiganders are fed up with anti-mask politicians who are hiding their heads in the sand while COVID-19 continues to sicken and kill people, fill our hospitals, and stretch our doctors and nurses to the breaking point,” said Mellitis, a Macomb County mother and member of the Michigan Parent Alliance for Safe Schools.

She hopes the governor will now require masks in all state schools, but Whitmer hasn’t been willing to go that far even at the urging of her former top health adviser, Joneigh S. Khaldun.