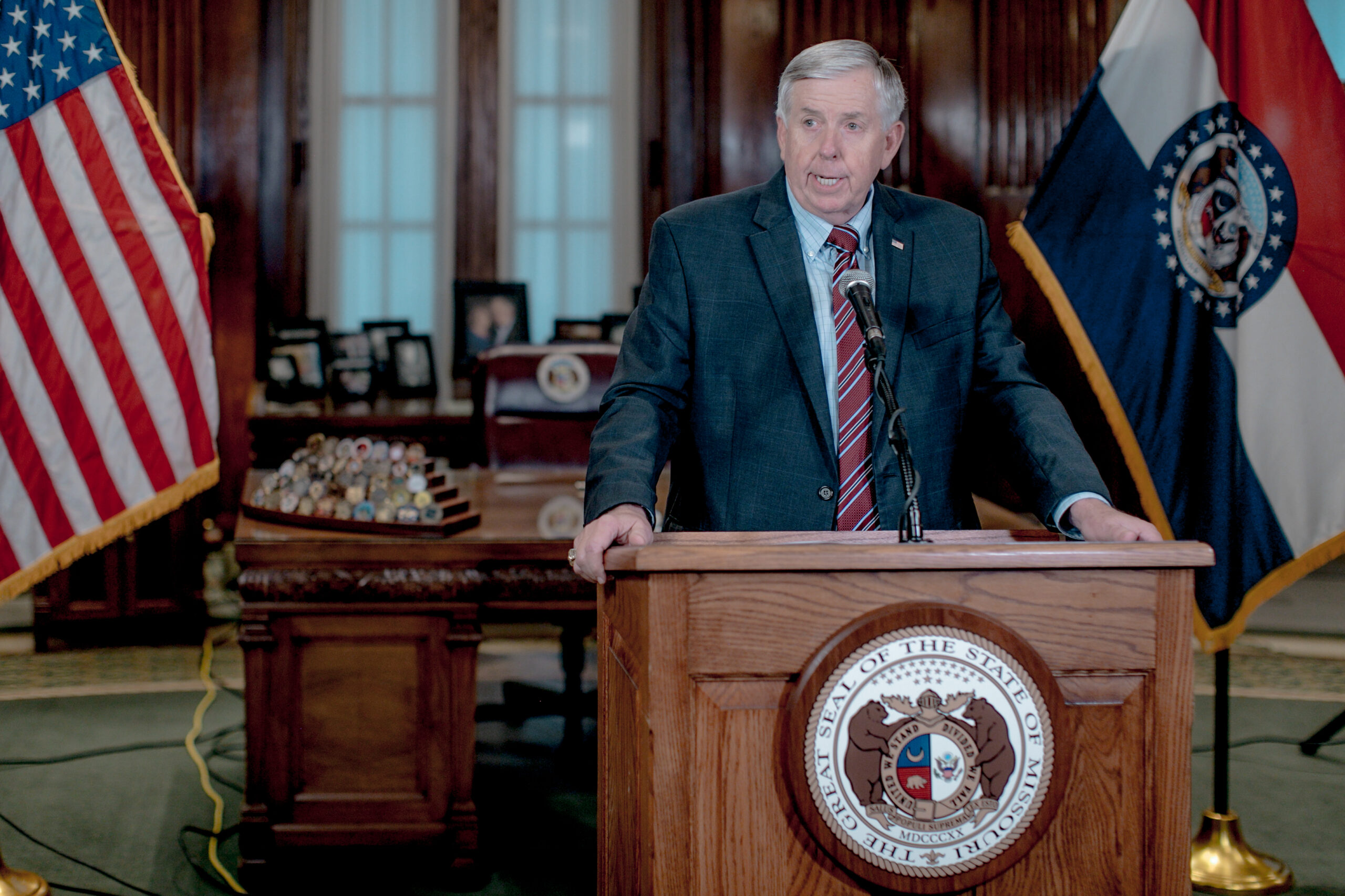 If a worker is fired for not getting a federally mandated COVID-19 vaccination, Missouri Republican Gov. Mike Parson wants to help them.

“You see what Iowa just did,” Parson said Thursday in an interview with The Center Square. “I think we want to make sure civil rights or civil liberties are being exercised. If somebody has religious conviction, we want to make sure that’s upheld – whatever that takes. And if it’s for health reasons, we want to include that, too.”

Iowa Republican Gov. Kim Reynolds late last month signed into law a bill allowing the state’s workers to seek medical and religious exemptions from the vaccine mandate and guarantees unemployment benefits for those fired for refusing to get vaccinated. The Iowa legislature passed the bill during a one-day special session scheduled to approve the state’s redistricting maps.

“We’ve been in contact with the Attorney General’s office and we were waiting for the OSHA guidelines to come out,” Parson said. “We wanted to see where the federal government was going to see what kind of lawsuits to file.”

The New Orleans-based Fifth U.S. Circuit Court of Appeals on Nov. 6 temporarily halted the OSHA order after Louisiana Attorney General Jeff Landry and others filed a similar lawsuit in that jurisdiction. While Parson stopped short of wanting to guarantee unemployment benefits for those losing their jobs for declining vaccinations, he said his administration is planning for the possibility of federal mandates.

“If those people are going to lose their jobs, which I don’t think they should… but evidently there’s a little bit of a problem as to what everybody’s view is on those civil rights issues,” Parson said. “So we want to be prepared for that if they go down that road.

“We’re going to try to pick those people up. We want to make sure people have opportunities for testing. There are different avenues we can take. But we definitely are in the process of seeing how we can help people if they’re going to lose their jobs.”

Parson highlighted the impact the mandate might have for health care workers and others whose contributions were critical early in the pandemic.

“People have been out there for 18 months on the front lines and all of a sudden you’re going to say they’re not worthy do their jobs anymore is problematic,” Parson said. “I don’t care where they work or who they are because, during the heat of the battle, we won with them.”

Parson said the overarching problem is the federal government’s involvement in an area best suited to state governments.

Approximately 50% of Missouri’s six million residents completed vaccinations, according to the Department of Health and Senior Services website. Parson emphasized that more than 15,000 Missourians are receiving vaccinations each day. About 5,200 of those average daily vaccines are third doses – booster shots – as 451,179 have been administered since they became available Aug. 16.