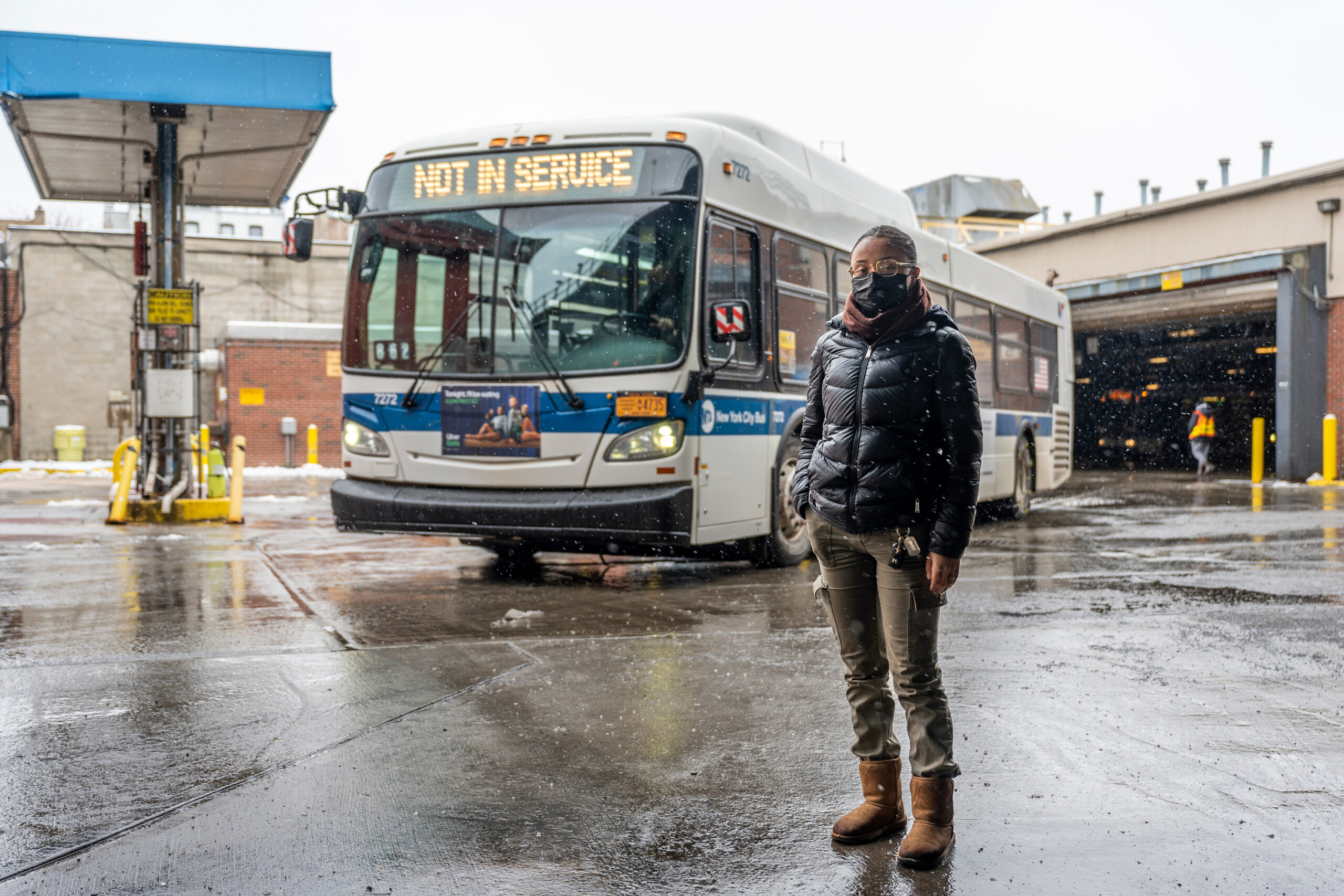 An apprenticeship program that trains high school graduates for jobs at the MTA is on the chopping block — even though the transit agency just got $4 billion dollars in federal aid.

The potential mid-stream elimination of the Transit Mechanical Apprentice Training Program — which gives youths on-the-job experience to help them become everything from MTA mechanics to electricians —  would represent “a betrayal of their trust,” Transport Workers Union Local 100 declared.

In an email sent Friday to the head of buses at the MTA, a top union official wrote that the apprentices were recruited out of city public schools “with a guarantee to further develop their skills in a professional trade” and to have a shot at a “lifelong career.”

“We made a commitment to them and we need to keep it,” JP Patafio, a TWU Local 100 vice president, wrote in the email that was provided to THE CITY.

Patafio said the union has pushed management for months to save the program, but MTA officials relayed news of the possible cut at a recent meeting where “no one was happy” but “the sentiment was that we would try to save it.”

The email notes that New York City Transit “is in a deficit of technical trades” and that “this program was designed to help mitigate this problem.”

The MTA, which has a workforce of about 70,000 employees, announced last year that it expects to surpass, through attrition and retirement, its goal of eliminating 2,700 jobs as part of an agency-wide reorganization.

Since the apprenticeship program was launched in August 2018, 10 workers have moved on to full-time careers at New York City Transit after completing their training, union officials said.

But 18 who have yet to complete the three-year program could lose their jobs, said Jonathan Jackson, a TWU Local 100 vice chair for surface transit. He added some of those being trained for skilled labor may be offered positions as cleaners.

“They should be expanding this, not cutting it,” he added. “This program is like a jetpack straight into the middle class — bang, you are right there.”

The MTA said the program, which costs about $2 million a year, has enlisted 37 apprentices.

Those who’ve been in the program see it as a path out of poverty.

“It really puts us at a different level from where we come from,” said 19-year-old Sandra Diaz, an apprentice who maintains heating, ventilation and air conditioning systems at the MTA’s Fresh Pond bus depot in Queens. “Working this job, I feel like I have a chance to get out of where I came from.”

Diaz joined the apprentice program in September 2019 after graduating from the Bronx Design and Construction Academy. She said she had other job offers coming out of the South Bronx vocational high school, but “dropped everything and went with the MTA” because of its training and career prospects.

Diaz said she heard earlier this month about the possibility of her apprenticeship being terminated before she has a chance to complete her training and certification.

An MTA spokesperson said the agency does not negotiate or discuss labor matters publicly.

“But what we have made clear is that in this fiscal crisis, we continue to be faced with an $8 billion deficit and are grappling with very difficult decisions,” said the spokesperson, Shams Tarek. “While no decisions have been made about this important program, our priorities remain avoiding layoffs and draconian service cuts.”

MTA officials this week announced that billions in federal aid and improved tax revenue will allow the agency to avoid service cuts through 2022. The MTA board last week approved 7% toll increases on nine bridges and tunnels, but has postponed a planned fare hike until the summer.

For months, officials had warned of thousands of layoffs and cuts to subway, bus and commuter rail service without significant federal aid.

But that may not be enough to save the apprenticeship program.

Alberto Caamano, a product of the program who now works as a mechanical maintainer at the Grand Avenue bus depot in Queens, described it as “a big opportunity” for him and his family.

“I wasn’t a college person, and I didn’t want to disappoint my mom,” Caamano, 20, told THE CITY. “I wanted to do the best I could and the best I could do was MTA — if you take this pipeline away, that’s not a good thing.”

Caamano said the job has been “honestly better than anything i could have thought of.”

“I came from the lower class, I live in The Bronx, but we’ve all been trying to take advantage of the program,” he said. “For us, that’s a great opportunity.”

Patafio described the program as “a success by a lot of different measures.”

“This is what we need — training people, getting young people good jobs,” he said. “And they want to cut it?”