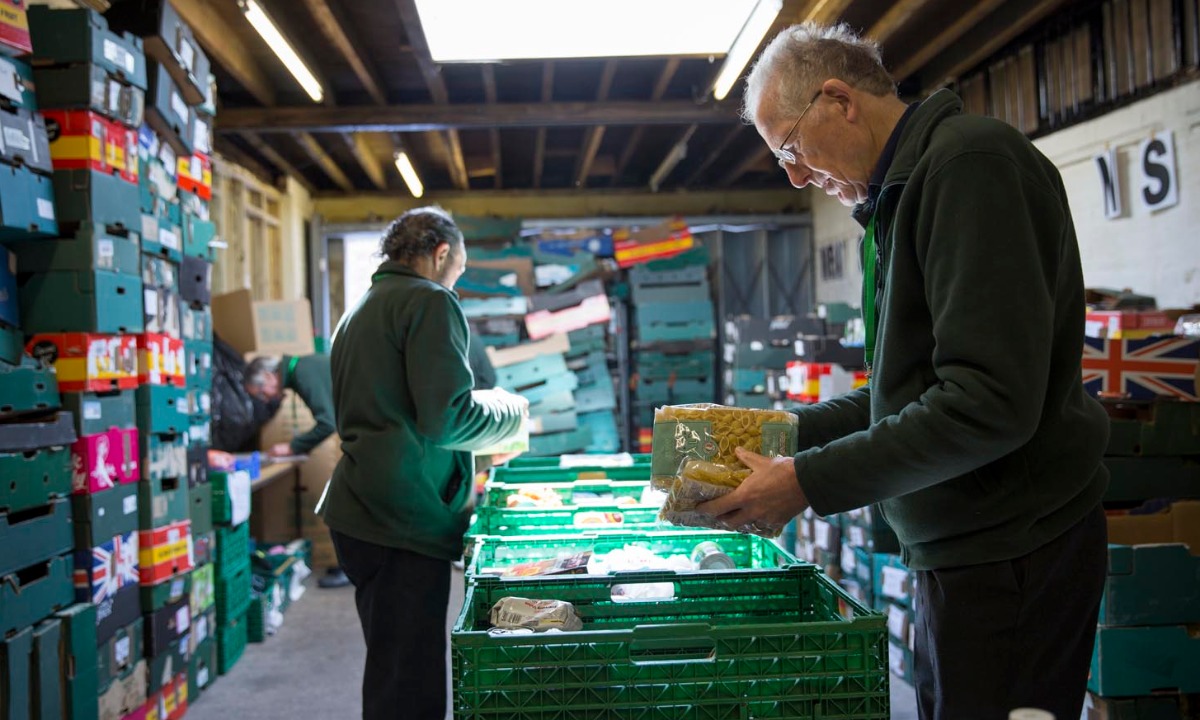 The Cuomo administration move followed weeks of lobbying by leaders of nonprofits who argued that those providing meals to food-insecure people across the five boroughs need the shots to protect themselves and the growing legions they serve.

The news that the workers and volunteers would be added to Phase 1b of the inoculation rollout arrived in an email sent to advocates Monday by Kerri Neifeld, the state’s assistant secretary for Human Services & Mental Hygiene.

“Workers [including volunteers] in the emergency food network” can make appointments for the shots, she wrote.

The latest expansion of the vaccination-eligibility pool came less than a month after Gov. Andrew Cuomo added restaurant staffers and delivery people when THE CITY pressed him on the issue. Other food workers — including grocery and bodega employees — are already eligible for the jabs.

At the peak of the pandemic, food insecurity surged from 1.2 million New Yorkers to 2.2 million, according to City Hall estimates.

Joel Berg, CEO of Hunger Free America, predicted the latest vaccination expansion would cover “thousands” of nonprofit sector workers, including those who work for Meals on Wheels.

Questions lingered, though, over exactly which nonprofit volunteers and workers can now get the shots.

While Berg and others said that mutual aid group volunteers appeared to be eligible under the updated state guidelines, a government source said that wasn’t the case.

“We’ve got no guidance whether folks who work for mutual aid are eligible,” said Kevin LaCherra, a coordinator for North Brooklyn Mutual Aid. “By and large the city has pretended that this work isn’t happening because it only highlights the work that they aren’t doing.”

City officials have repeatedly faulted the Cuomo administration for failing to spell out exactly who is eligible each time the roster is expanded.

State officials also haven’t made clear whether nonprofit staff who assist people sign up for SNAP and WIC benefits are eligible for the vaccine. Several nonprofits leaders said they believed those employees were covered even though they don’t deliver food.

“We continue to work our way through the current universe of eligible New Yorkers and are examining next steps as the federal vaccine supply increases,” he said.

Many nonprofits rely heavily on volunteers and will likely begin to notify them about their possible eligibility, according to several people involved in the broader process.

“We need to understand how it all works,” said Greg Silverman, executive director of the West Side Campaign Against Hunger. “Is there some limit like you have had to volunteer for X-number of hours?”

He hailed the expanded vaccine access and said the nonprofit staffers and volunteers are “essential workers who have been doing work of safety net that does not exist.”

“This is government working,” Berg said, noting many of the nonprofit workers are “people of color.”

Still, he and other nonprofit leaders wished their staffers and volunteers had been added sooner.

The delay “reinforced some of the racial disparities in the vaccine distribution,” Berg said. “I just want to make sure the most vulnerable people get the most help first, understanding that there is rationing and not everyone can get a vaccine overnight.”

Before Monday’s announcement, some pantry workers were able to get vaccinated because they argued that they were the same as grocery staff. One nonprofit official, who asked to remain anonymous, said she was unable to get clarification on that issue via the state’s vaccine hotline.

“We’ve been doing this work since Day One,” Grimaldi said. “We are not able to work from home. We’re out there with the public, serving one of the most essential services you can imagine.”

He noted that the food insecurity typically gets a lot of media attention after a big crisis like the 2008 financial downturn or Superstorm Sandy.

“We always rise to the occasion and we see huge increases in the demand,” he said. “But people kind of forget the role that we play. We are not just here during the natural disasters and pandemics.”