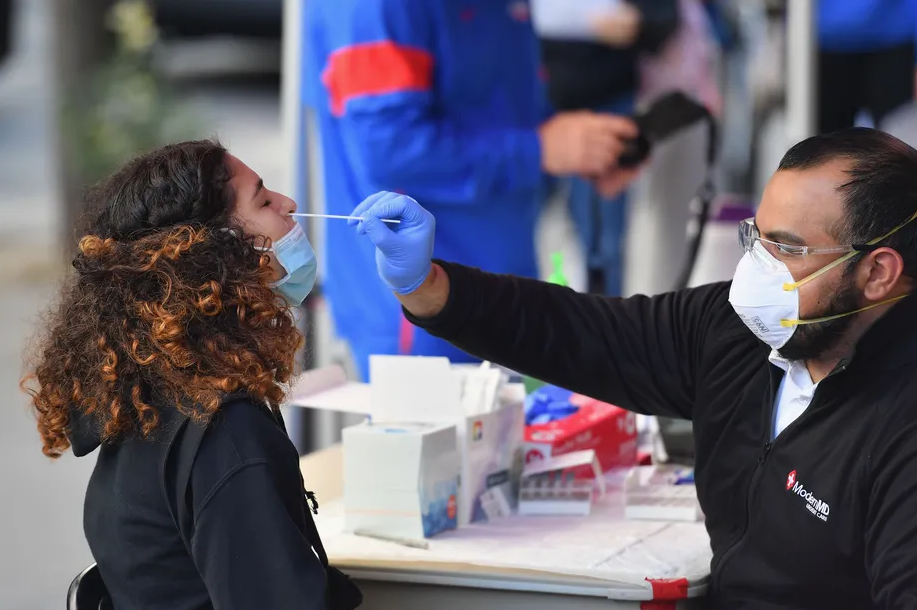 Newark Public Schools has yet to launch a COVID testing program for students and teachers nearly a week after the state’s “vaccine or test” mandate went into effect, and nearly two months after the academic year began.

The lack of a testing program and a consent form that asked for insurance information could have possibly discouraged families and students from submitting required consent forms, union officials and a school board trustee say. As of Oct. 21, only 24% of the student population had signed up for COVID testing, the district said in an email last week.

State Health Department Commissioner ​​Judith Persichilli has said testing strategies in schools can help detect new cases to prevent outbreaks, in addition to prevention strategies such as masking, physical distancing, and hand washing. However, results can be skewed if only a small portion of the larger student body is being tested.

There’s a relatively low opt-in rate for student COVID testing in some other major cities, including in New York City, with only 35% of eligible students consenting to get tested and Chicago, with a mere 7% of students signing up for regular testing.

The district said in the email that it was “waiting for approval to start” the testing program for students, but did not respond to a follow-up question requesting further details, such as which entity was providing that approval.

Meanwhile, the Newark Teachers Union says 90% of its approximate 4,000 members are vaccinated. But only 2,556 teachers, or 64%, have uploaded their vaccination proof into the employee portal, the district says. That would mean around 1,400 or so teachers will need to get tested weekly under the state mandate.

As for the COVID testing program for school personnel, the district said it’s “in contact with several vendors” but did not give a date when testing would begin.

Newark isn’t the only district without a testing program in place for teachers.

According to an NJ Spotlight article, the Murphy administration has granted an extension with no deadline to 375 school districts to get their testing programs started. The state Department of Education did not answer several calls and an email requesting more information about the extension and whether Newark was among those districts who were granted one. An email Monday afternoon to the governor’s office was also not answered.

New Jersey said last month it would provide schools about $267 million in federal funds to cover the cost of routine testing. About 625 districts chose the option to use a state-contracted vendor for an end-to-end testing program, including test kits, staff, and diagnostic lab services. Another 125 districts chose to use the funding to contract with a vendor of their own choice, Persichilli said during a COVID news conference last week. It’s unclear which option Newark opted.

Newark Teachers Union President John Abeigon said that despite the lack of testing provided by the district, teachers have been following the governor’s mandate since the first day of school by getting tested at local sites.

Why the low number of student consent forms?

Newark’s youth vaccine rate nearly doubled between mid-July and September, from 30% to 55% of  12- to 17-year-olds who had received at least one dose. As of Monday, 63% of children eligible for the vaccine had at least one dose, an increase of 13 percentage points. About 51% of that age group in Newark are fully vaccinated, the state COVID dashboard shows.

The district has said it would provide testing for all students.

A copy of the student consent form obtained by Chalkbeat shows that a parent, guardian, or student signature is needed to sign off on a statement giving consent to weekly testing until June 30, 2022.

The agreement, which was provided by the district, also states that by signing the form, they are authorizing “JL Hudson Holdings LLC, Saint James Health, Inc. or its assignee” to bill their insurance or health coverage for that service “when available.”

Saint James Health, a community health center with locations in the East and West wards, has been working with the district this academic year to provide vaccines for students and the school community.

School board member Josephine Garcia previously said at a board meeting that several parents were concerned about being required to complete insurance information before submitting the form, which is available on SchoolMint, the district portal.

“It becomes like a hard stop for the parents when they try to finish completing the forms,” Garcia said at the Sept. 30 board meeting.

The form provided by the district shows that student and guardians’ basic contact information is required, as well as the student’s medical allergies and other information, but insurance information isn’t required.

Abeigon said teachers ran a “campaign” in the first few weeks of school urging students and parents to submit the forms. But now teachers and families are upset, he says, because seven weeks into the school year, there’s no testing in sight.

“Teachers worked over time to get those forms signed, but the end result is there’s no testing happening,” Abeigon said. “The next time we explain the urgency of getting something signed by the parents, the parents are going to be like, ‘you were urging about getting the consent forms signed but you never did the testing.’”

The teachers’ efforts seem to have garnered 8,891 students to submit completed forms as of Oct. 21, out of about 37,000 total students.

“They promised us that they would have student and staff testing in the schools upon opening the schools in September and to date, that has not happened,” Abeigon said.

Abeigon says he anticipates more families will submit forms once they see a testing program in place. “A lot of our parents are ‘wait and see,’” he said.

When asked how the district is addressing any hurdles with getting more consent forms signed, Deering said in an email, “The district continues to maximize strategies to increase the number of signed consent forms received.”