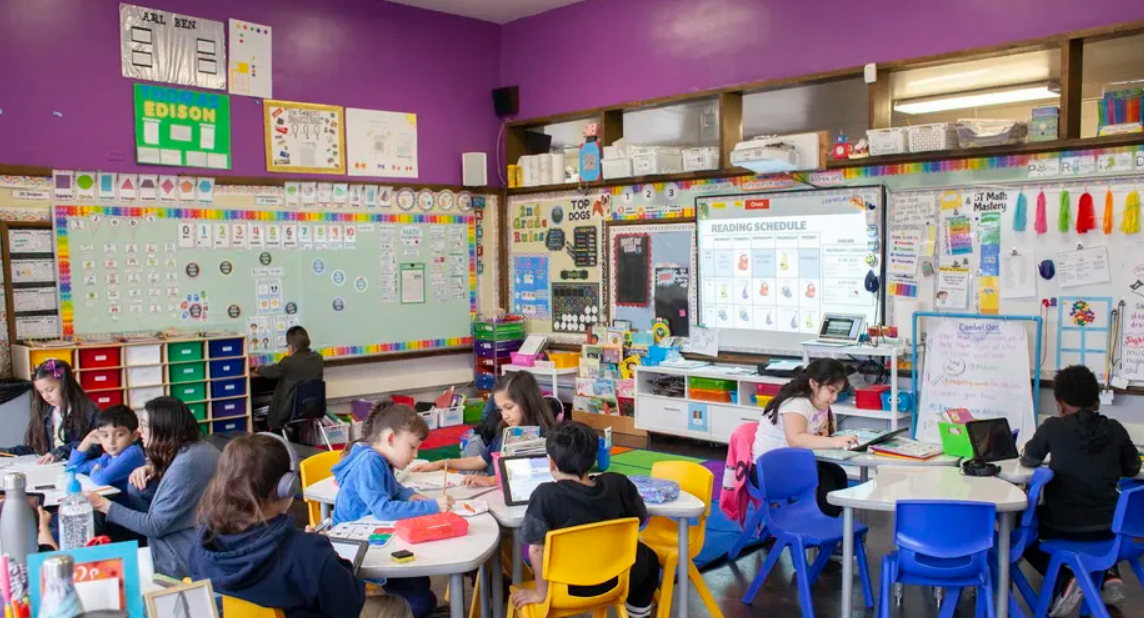 The Illinois legislature ended a long spring session with a raft of education bills heading to Gov. J.B. Pritzker’s desk that will shape what students statewide are taught in classrooms.

It sent to the governor a $42 billion state budget that will include a boost for K-12 school districts through the evidence-based funding formula, while holding flat money for preschool programs.

During overtime, the Senate also passed a compromise elected school board bill that would establish a 21-person school board and kick off elections beginning in 2024. However, it must go back to the House, which adjourned on Monday and has not yet set a date to reconvene.

In the meantime, several bills could impact the student experience. Here’s what to know.

With the passing of the TEAACH Act, Illinois public schools will be required to teach elementary and high school students about Asian American history, beginning in the 2022-2023 school year. If the governor signs the bill into law, Illinois will be the first state to mandate the teaching of Asian American history. Lessons can include the incarceration of Japanese Americans during World War II, the resettlement of Japanese Americans in Illinois, and the service of the 100th Infantry Battalion and the 442nd Regimental Combat Team of the United States Army during World War II.

An end to restraint and seclusion in schools:

This session, Illinois lawmakers were successful in passing a bill that will phase out the use of isolated time out and physical restraint over the next three years in public schools, charter schools, and special education non-public facilities. This legislation is a direct response to an investigation by ProPublica and The Chicago Tribune that revealed how Illinois students, many  with disabilities, were harmed from being placed in time out rooms and that the practice was broadly used in districts throughout the state.

Students with disabilities between the ages of 18-21 can continue receiving special education services until the end of the school year, rather than the day before their 22nd birthday due to the passing of HB 40. Another bill, HB 2748, will allow students who turned 22 when in-person instruction was suspended for a period of three months or more due to the pandemic to receive services until the end of the following school year. This is a win for special education advocates who said the abrupt cutoff date made it difficult to prepare students for college or employment.

The Right to Play Every Day:

Illinois passed a bill that, starting July 1, will require public school districts to allow students from kindergarten to fifth grade to play for 30 minutes every day. Children cannot be excluded from playtime as a punishment. Students with disabilities must have accommodations to participate in playtime.

If signed by the governor,  this legislation would require public schools — including charters —  to teach personal health and safety beginning in kindergarten starting in 2023. Students in sixth grade through high school would receive age-appropriate, medically-accurate comprehensive sexual education, with lessons spanning healthy relationships, anatomy, puberty, gender identity, and sexual orientation and identity. The bill sparked heated debate during the spring session — ultimately, legislators included a provision that lets parents opt their children out of lessons and made teaching consent optional instead of a requirement. Another bill will require school districts to include sexting in sex education.

This article was originally posted on Newly passed legislation could bring change to Illinois classrooms. What to know