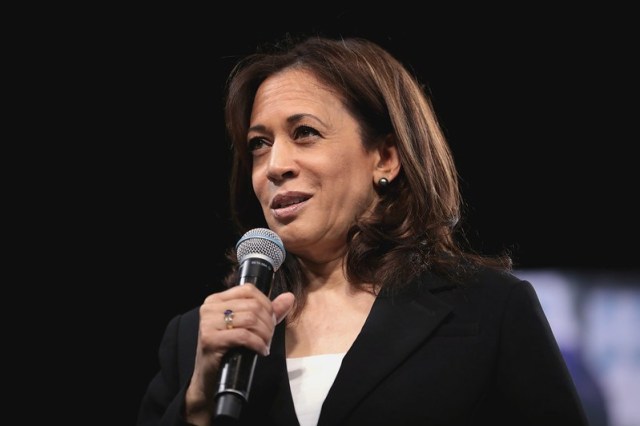 While presumptive Democratic presidential nominee Joe Biden did not choose New Mexico Gov. Michelle Lujan Grisham as his running mate, he followed through on his promise to select a woman as his running mate when he chose California U.S. Senator Kamala Harris on Tuesday.

Harris, the daughter of a Jamaican immigrant father and an Indian immigrant mother, is the first woman of color as a running mate for a major political party.

U.S. Sen. Tom Udall, one of Harris’ colleagues in the Senate since she joined the chamber in 2017 after a stint as Attorney General of California, called Harris “an exceptional, exciting, and historic choice for the Democratic ticket.”

“Senator Harris is well suited to make the case against Donald Trump and his administration’s disastrous incompetence — on coronavirus and beyond. The Biden-Harris ticket will generate immense enthusiasm in New Mexico, the West, and across the nation, and I am confident voters will be energized behind breaking another barrier and electing a black woman to the second highest office in the land,” Udall said in a statement. “And as vice president, Senator Harris will be the kind of governing partner that every president needs — someone like Vice President Joe Biden was for President Obama — providing steady leadership and trusted counsel.

“I’ve had the honor of serving with her on the Intelligence Committee, and I know firsthand how committed Senator Harris is to upholding our American ideals of liberty, equal justice, and democracy,” Heinrich said. “Joe Biden and Kamala Harris have the vision and leadership our country so desperately needs, and they certainly have what it takes to defeat Donald Trump and make history in November.”

“There is no doubt that Senator Harris will be a fierce fighter for our working families,” Haaland said in a statement. “Today is a good day for our daughters and our sons; it is a reminder that our country can and will live up to its potential of inclusion and success for all of us. Thank you Joe Biden!”

The Trump campaign, meanwhile, referred to Harris as a “far-left radical.”

“Kamala Harris has solidified Joe Biden’s campaign as the most radical ticket in history,” Deputy Director of Regional Communications for the Republican National Committee Christiana Purves said in a statement. “The only way to stop their dangerous agenda is to re-elect President Trump in November.”

And the Republican Party of New Mexico also slammed the choice.

“Joe Biden’s selection of Kamala Harris as his running mate shows yet again his extreme shift to the far-left. Harris supports radical socialist policies, including Bernie Sanders’ government takeover of health care, trillions in new taxes, and extreme abortion proposals that will corrupt the very soul of our nation—while leaving us trillions more in debt,” RPNM Chairman Steve Pearce said. “Biden’s choosing Harris as his running mate makes us even more confident that we will turn New Mexico red in November and have four more years of prosperity, growth, and America First policies that lift up all New Mexicans.”

The Democratic Party of New Mexico applauded the Biden choice.

“U.S. Senator Kamala Harris has made a name for herself as a champion for Democratic values and a strong voice against hatred and division. Her work represents the same values that we are fighting for here in New Mexico as we continue to build a New Mexico for all,” DPNM Chair Marg Elliston said in a statement.