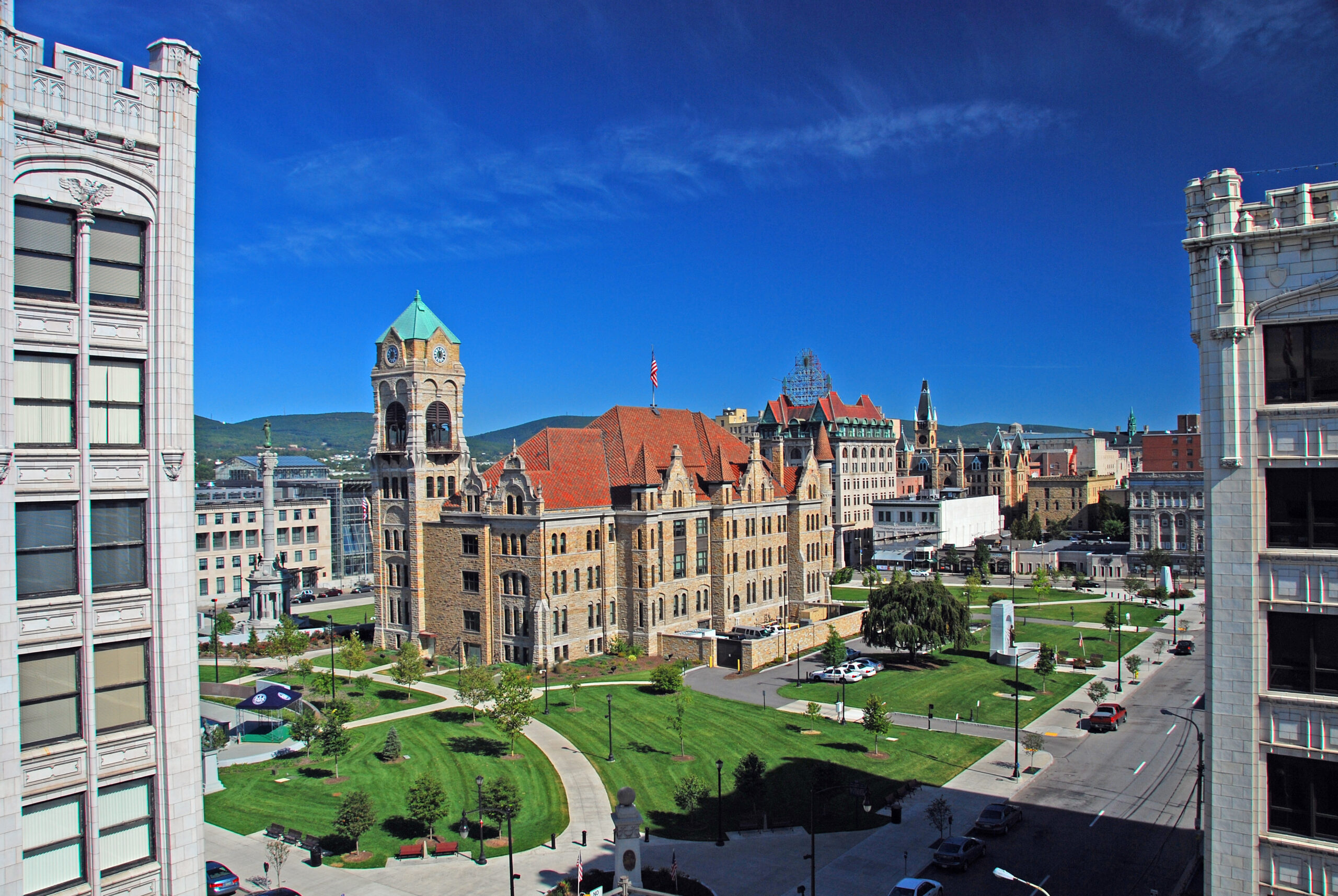 If you drive around northeastern Pennsylvania, you’ll notice the ubiquitous presence of roadside signs marking a seemingly endless succession of boroughs and townships.

Luzerne County alone has 76 municipal jurisdictions, including four cities. In the region’s industrial past, the anthracite coal industry fueled the growth of dense, immigrant-majority “patch” towns. But today, after decades of profound economic change, many Luzerne boroughs are a fraction of their early-twentieth-century size. The county’s smallest borough, Jeddo, is home to just 108 residents.

Today, Luzerne simply has too many municipalities. The issue is evident throughout Pennsylvania, second in the nation for number of local governments. Amid ongoing demographic and economic change, northeastern Pennsylvania’s localities should lead the state in embracing regionalization or increasing municipal collaboration.

Today, the Scranton-Wilkes-Barre-Hazleton corridor confronts many challenges, from workforce-development issues to law-enforcement coverage. Many of these headwinds, moreover, are regional in scope. As a 2018 Brookings Institution report put it, “No single mayor or leader can effectively move these levers.” It added that “acting regionally includes being place-sensitive, ensuring that struggling residents and neighborhoods are critical assets in regional prosperity.”

Many northeastern Pennsylvania counties – especially Luzerne and Lackawanna – are economically interdependent. Long ago, the regional economy’s mutual dependence was driven by the coal industry. Today, health-care services, higher education, and the proliferation of industrial parks have intensified this trend. Northeastern Pennsylvania’s modern economic landscape is a microcosm of the state as a whole.

The evidence for is clear: regionalization can help communities effectively leverage municipal resources, improve local outcomes through efficiency, and, in some cases, even save money. The problem: even at the local level, Pennsylvania remains culturally fractious – so the idea of regional collaboration remains controversial.

Northeastern Pennsylvania could benefit from regional approaches to issues like policing, transportation, and education. For example, the majority of police officers in the region work part-time. Over the past decade, some municipalities have increasingly employed part-time officers as a cost-effective measure. In many cases, officers work for multiple municipalities to ensure full-time hours. But since 2007, all efforts to form regional police forces in Luzerne failed because cooperation among municipalities essentially disappeared.

Today’s labor shortage has hit nearly every occupation, including law enforcement. Municipalities are struggling to find even part-time officers, including in Luzerne, which has seen population gains and significant demographic change since 2010.

Regional police forces would improve coverage. Such forces would reduce the need for state-police support in communities like Hazle Township, one of Luzerne’s largest municipalities. In a 2010 regional policing study, the Institute for Public Policy & Economic Development in Northeastern Pennsylvania and the Economy League found that consolidation led to better officer training, more municipal resources, and better community coverage.

Transportation is another case in point. Many residents of Lackawanna and Luzerne Counties live in one county and work in the other. In 2013, the Institute proposed forming a Regional Transportation Authority (RTA) that would oversee the two counties’ public bus systems, Wilkes-Barre Scranton International Airport, and the area’s rail authorities. The RTA, which would be the state’s third-largest transportation authority, would lead to increased federal funding in northeastern Pennsylvania.

But in 2021, not long after the region’s two mass-transit systems began talks, the proposed collaboration fell apart. It was an unfortunate development – especially as municipalities begin allocating American Rescue Plan funds. A robust transit system would serve a region where 10% of residents in Luzerne and Lackawanna don’t own cars. The system, moreover, would improve access to the northeast’s industrial parks, particularly during odd-hour shifts. Overall, a consolidated transit system would accommodate residents’ needs, assist the business community, and improve the region’s labor market.

Then there’s the issue of school districts. The current systems, which have about a dozen districts in Luzerne and Lackawanna, include redundant administrations – not to mention property tax structures as their primary funding sources. Regional collaboration among districts could lead to revenue sharing and, subsequently, more equitable K-12 education. For now, though, the quality of a child’s education is currently predicated on zip code. Students in wealthier areas, such as Luzerne’s Back Mountain, show better grades and test scores compared with those in the poorer, urban areas, such as Hazleton.

Many factors affect successful regionalization – including the realities of Pennsylvania’s municipal code and how communities can consolidate. But the core challenge, as northeastern Pennsylvania demonstrates, is the inability of local governments to collaborate successfully for the good of their constituents. Now more than ever, it’s time for Pennsylvania’s communities to consider a different path.