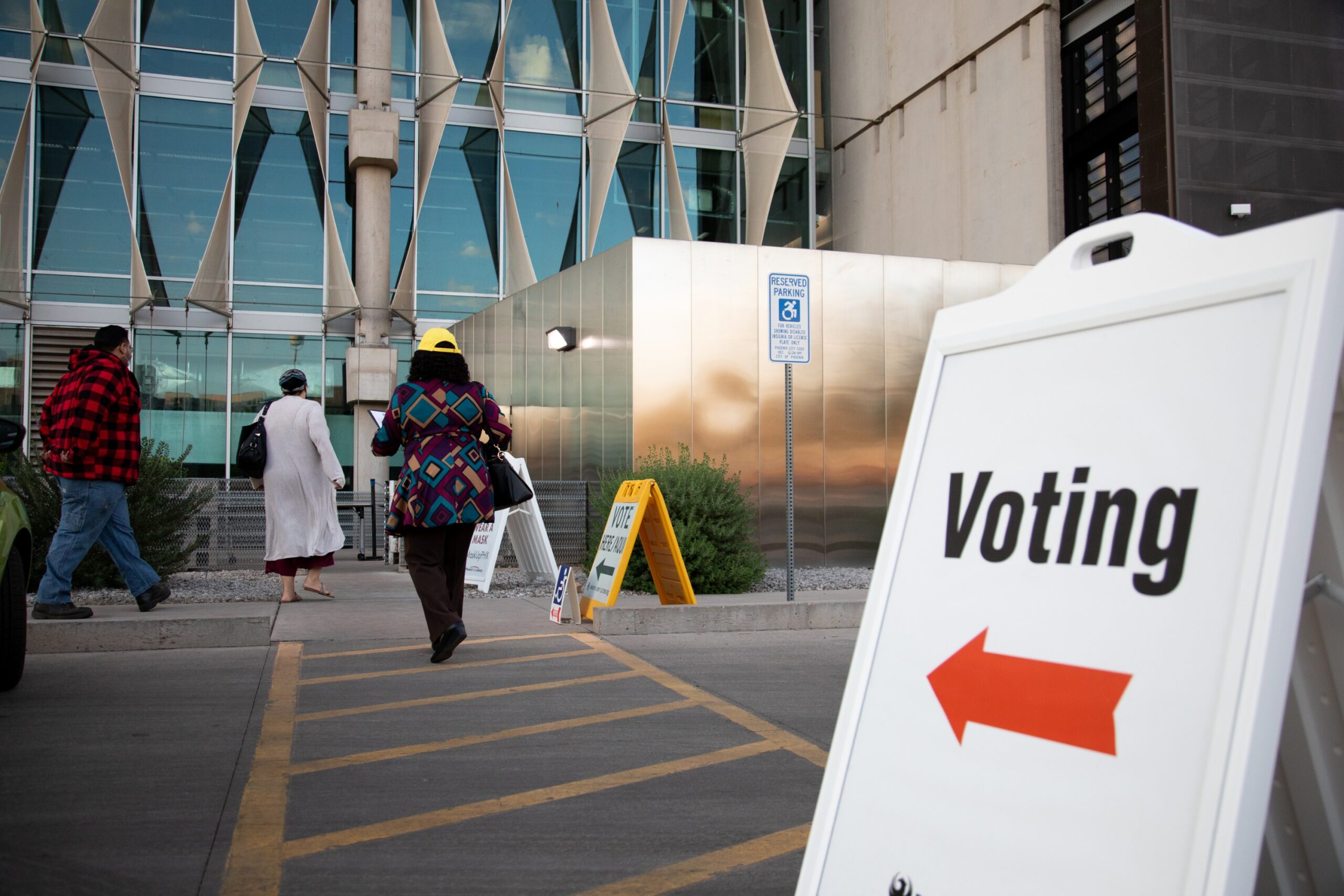 A coalition of good government and business groups is calling on Gov. Andrew Cuomo to extend the deadline for voters to change their political party to until less than a month before the city’s June 22 citywide primary elections.

Supporters of moving the already-passed deadline to May 28 say it would help more voters participate in the crowded upcoming mayoral race and other contests dominated by Democrats. But some Democrats see the bid as a distraction at best and at worst as an incursion that could have outsiders dipping in and swaying party primaries.

Altogether, some 3.3 million voters are registered as Democrats in the city, compared to 1.6 million New Yorkers who are with other parties or unaffiliated.

“It should change because everything has changed due to the pandemic and people are just not thinking about” the June primaries, said Betsy Gotbaum, the executive director of Citizens Union, whose group is part of a coalition that includes the League of Women Voters and the Partnership for New York City, an influential business organization.

The coalition chose May 28 because that is the deadline to newly register in New York to vote in the primaries. Allowing voters until that date to change parties would simplify signing up and getting the word out about voter registration, say proponents of an extension.

Supporters also point out voter participation in local primary races has fallen below 20% in recent years. They noted the already high number of unaffiliated voters has grown after several minor parties were purged for failing to reach a newly raised vote threshold in November.

Resistance From Dems and GOP

Leaders New York City’s five local Democratic parties did not respond to requests for comment. But a Brooklyn Democratic Party source said Republicans would be better off repairing their own party “before trying to raid ours.”

“We want to maximize the opportunity to vote, and we frankly don’t fear these proto-Republican groups that think they can switch their registrations and try to hijack our primary,” the source said Wednesday. “But we are also concerned about adding burdens to the Board of Elections as it tries to prepare for the first-ever ranked choice voting in citywide elections.”

One Republican Party head said that a change now would cause too much confusion, especially with the in-person petitioning process quickly approaching.

“The reality is, the process to qualify for the ballot starts in two weeks,” said Mary Reilly, the interim chair of the Staten Island GOP. “Candidates must secure signatures from active members of the political party they are vying for. To have voters changing their political party while this process is underway quite simply makes no sense.”

The annual party-switch deadline — Feb. 14, under state law — became mired in confusion this election cycle for reasons that go beyond the pandemic.

As THE CITY reported last week, the city Board of Elections kept to the Valentine’s Day mark, while the state BOE put it at Feb. 12 — and Feb. 10 for online party switching in the five boroughs.

On Sunday, Cuomo signed an executive order extending the deadline for voters to switch their party to Feb. 16 — the first business day after Valentine’s Day — following THE CITY’s report.

The governor’s press office didn’t respond to a request for comment on the push for the new May 28 deadline.

‘The Later the Better’

But while the coalition seeking the 3 ½-month extension isn’t staking a partisan claim, groups like Be Counted NYC — which has spent millions of dollars — and other independent upstarts are openly courting Republicans and third-party voters.

The goal: to blunt the influence of the local Democratic Party’s growing left wing and to pick a moderate candidate from the packed, Democrat-dominated mayoral field.

“The later the better” on the party-switch deadline, said Susan Berkowitz, a Manhattan resident who recently became a Democrat and helped found New Yorkers United for Change, which aims to get other GOPers to swap parties. https://datawrapper.dwcdn.net/SYu1V/8/

But Reilly told THE CITY that Be Counted NYC’s effort has led “hundreds of frustrated and confused” Republicans to reach out to the party after being bombarded by calls, texts, emails and even pre-filled out letters imploring them to change parties.

“Be Counted NYC is trying to trick voters into changing their voter registration to the Democratic Party,” said Reilly, whose party recently surpassed the 100,000 registered voters mark in 2020. “We urgently remind voters that here on Staten Island, your vote in a Republican primary plays a key role in selecting the person who will represent us.”

Kathryn Wylde, head of the Partnership for New York City, said a survey of employees who work at her group’s member organizations showed that many of them simply aren’t engaged in or informed about the upcoming elections.

“It’s just kind of irrational that if we want New Yorkers to participate in local elections, we aren’t making the registration deadline as generous as possible,” she said.