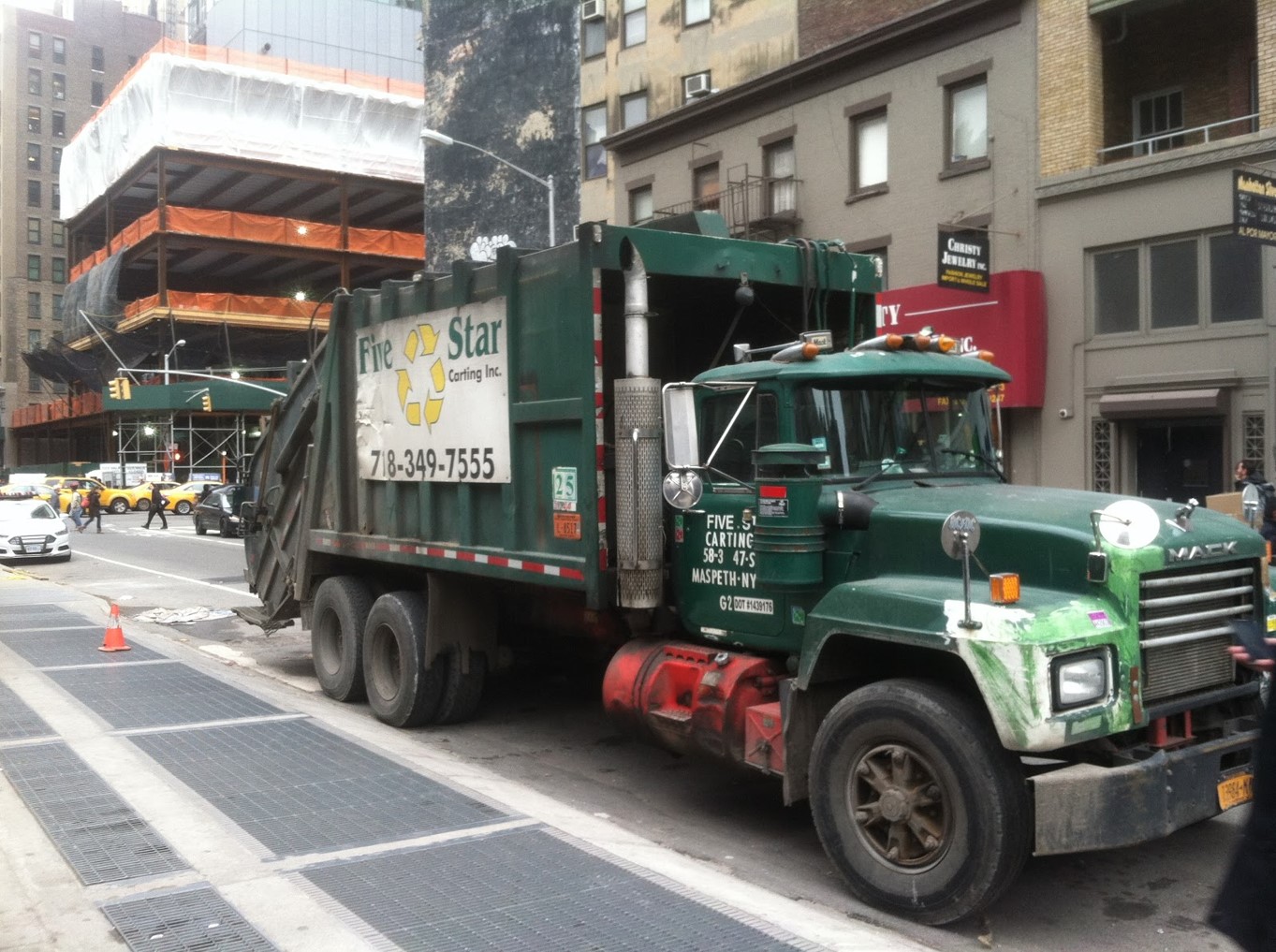 A law that’s successfully slashed how much trash gets trucked via city waste transfer station hot spots survived a second round of industry pushback Thursday.

A state appeals court panel upheld a 2018 City Council measure that specified sharp reductions in the daily tons of solid waste that the stations can handle in four community districts spanning The Bronx, Brooklyn and Queens.

Rejecting an appeal brought by Metropolitan Transfer Station after the law reduced the private dump’s permitted business by one-third, the court panel found that the city had conducted a proper environmental review. The judges also found the capacity reductions do not violate the company’s constitutional rights.

The affirmation of the Waste Equity Law came as welcome news to elected officials and residents in neighborhoods targeted by the law: Greenpoint and Williamsburg in Brooklyn, Mott Haven and Hunts Point in The Bronx, and the Jamaica area in Queens.

“This legislation will prevent communities like ours throughout the city of New York to ever have to become another garbage hub,” said Rolando Guzman of OUTRAGE, which stands for Organization United for Trash Reduction and Garbage Equity.

City Councilmember Reynoso (D-Brooklyn), a lead sponsor of the bill, told THE CITY he didn’t learn about the high rate of asthma in his Williamsburg community until he went to college.

Growing up in the 1980s and 90s, Reynoso said, he just figured that breathing in toxic fumes from the trash trucks barreling through Metropolitan Avenue was normal.

“You don’t know that you’re overburdened with something until you leave your community,” he said.

Until recently, some 38% of the city’s commercial waste came in and out of transfer stations in Reynoso’s native north Brooklyn — one of three communities citywide that handled 75% of the city’s total.

Local Law 152 also declared that no single community district would process more than 10% of the city’s waste. And the measure required the Department of Sanitation to put out progress reports — the first of which came out last month.

The review found that the four community districts — CD1 and CD2 in the Bronx, CD1 in Brooklyn and CD12 in Queens — saw a reduction of more than 10,000 tons of daily waste processing capacity during the year that ended Sept. 30.

In step with the law, Sanitation reduced the permitted waste capacity at transfer stations in the Brooklyn community district by 50%. The Queens and Bronx districts dropped by 33%. Exceptions in the law allowed some stations to exceed their lowered limit.

The report found “the law achieves tangible reductions in waste [processing] and associated truck traffic in designated communities,” noting that at some stations, the new capacity is lower than the average amount of waste received previously.

Reynoso said he wants to see more data come in over time before jumping to any conclusions. COVID-spurred business slowdowns and shutdowns, among other factors, have diminished commercial waste volume overall this year.

“The legislation has done what it was supposed to do, and it has reduced the amount of garbage coming into these three communities,” Reynoso said.

Melissa Iachan of New York Lawyers for the Public Interest, which filed a brief in the case on behalf of environmental justice groups and a Teamsters union local, applauded the results of the report in an interview prior to the court ruling.

She said the numbers showed the “law is doing exactly what we intended it to.” NYPLI, along with groups that include the New York City Environmental Justice Alliance, has worked for years to make the legal case to relieve the areas hardest hit by truck traffic, air pollution, noise, odors and other impacts.

“It will have a real impact on the air quality and quality of life for residents in these communities because of the effect of diverting waste from being processed in truck intensive, poorly sited facilities,” Iachan said.

That diverted waste will go to more sustainable facilities that export waste via barge and rail rather than by truck, she said, thanks to incentives built into the Waste Equity Law. Specifically, any quantity of waste that a transfer station exports from the city by rail or barge is exempt from the new limits.

The Sanitation Department issues permits to transfer stations on an annual basis, setting out the maximum amount of waste each can receive per day. Iachan noted that some permit renewals have already taken place, while others haven’t.

That means that the full effect of the law won’t be felt until next year.

“This coming year, all neighborhoods and communities should begin to notice the difference,” she said.

Northern Brooklyn and other communities became overburdened with trash after the 2001 closure of Staten Island’s Fresh Kills Landfill, Reynoso noted.

“What ended up happening is that trash got diverted to other parts of the city, and it didn’t go to affluent, rich areas,” he said. “They went to the industrial parts in the South Bronx and in north Brooklyn and southeast Queens.”

Bautista and the New York City Environmental Justice Alliance have been on the front lines of the fight for decades. He said the Fresh Kills Landfill closure and resulting cascade of waste into waterfront communities prompted this citywide network of advocates to form.

“This coalition came together because people were like, ‘If we don’t find a way to get a solution to this problem together, we’re going to continue losing this fight if it’s a neighborhood by neighborhood only fight,’” Bautista said.

He recalled feeling heartbroken only a few years ago whenever he saw children outside of PS 132 on Metropolitan Avenue, where trash trucks routinely drove by.

“Twenty, 30 yards from them, there were five trucks waiting for the light to turn green, and putting out all this diesel emissions in the air,” he said.