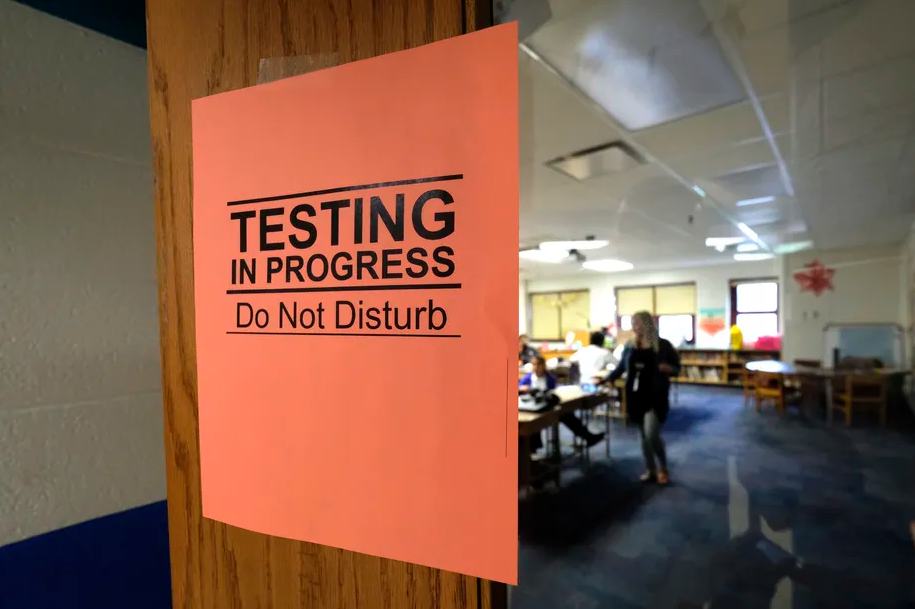 Pennsylvania Education Secretary Noe Ortega has informed the U.S. Department of Education that he wants to allow districts and charter schools to delay administering state exams until September, taking advantage of an option offered when federal officials told states on Monday that they must resume testing this year.

Acting Assistant Education Secretary Ian Rosenblum sent a letter to chief state school officers Feb. 22 telling them to administer standardized tests for 2020-21, despite the disruption caused by the pandemic and the prevalence of virtual learning. The department did not offer states the option to avoid giving tests entirely but offered flexibility, including the ability to give the tests later in the year rather than in the spring, as is customary.

“State assessments and accountability systems play an important role in advancing educational equity, by enabling states, districts and schools to use data to target resources to the students with the greatest needs,” Rosenblum’s letter said. “In addition, parents need information on how their children are doing.”

In response, Ortega on Tuesday posted on the department’s website a draft letter to Rosenblum stating that 320 of the state’s nearly 750 districts and charter schools are offering remote-only instruction due to state health guidance regarding the spread of the coronavirus in their areas.  He said it would be “impossible” within the next six weeks to balance health concerns while “safeguarding … the validity of any assessment results.”  The letter asks federal officials to issue one of the permitted waivers on the testing requirement.

Noting that the all-remote districts and charters enroll disproportionately high numbers of students who are economically disadvantaged, English learners, Black and Hispanic, or have special needs, Ortega said that the complex logistics of administering the tests in the spring would result in lower test participation and therefore defeat the purpose.

“The very student groups that have faced the greatest historical disadvantages will be systematically underrepresented in any near-term statewide assessment administration,” Ortega’s letter to Rosenblum said. “To be clear, Pennsylvania feels a moral imperative to assess students as one means of understanding and documenting learning loss; however, the assessment administration itself should not serve to aggravate or confound the issue.”

In Philadelphia, the district has remained entirely virtual as have most of its more than 80 charter schools, which together enroll more than 200,000 students.

The COVID-19 pandemic forced schools across Pennsylvania —  and the nation —  to shut down in March, a few weeks before the scheduled administration of the state standardized test, the PSSA. Since Rosenblum’s letter, several states including Michigan and Colorado took immediate steps to suspend the usual testing or substitute local assessments to fulfill the requirement.

Many civil rights groups told President Joe Biden’s administration that they opposed waiving the tests entirely, saying such assessments are necessary to expose entrenched educational inequities among different student groups and help direct resources where they are most needed.

While affirming that view, Education Voters of Pennsylvania, a leading advocacy group, issued a statement saying it agreed with Ortega’s position.

The group said the decision allows educators “to focus their time and energy for the remainder of this school year on teaching and supporting students” and on determining how to invest “one time federal funding to help mitigate the harm that Pennsylvania’s most vulnerable students have experienced” due to the pandemic.

The public is invited to weigh in on Ortega’s letter to Rosenblum by emailing [email protected].