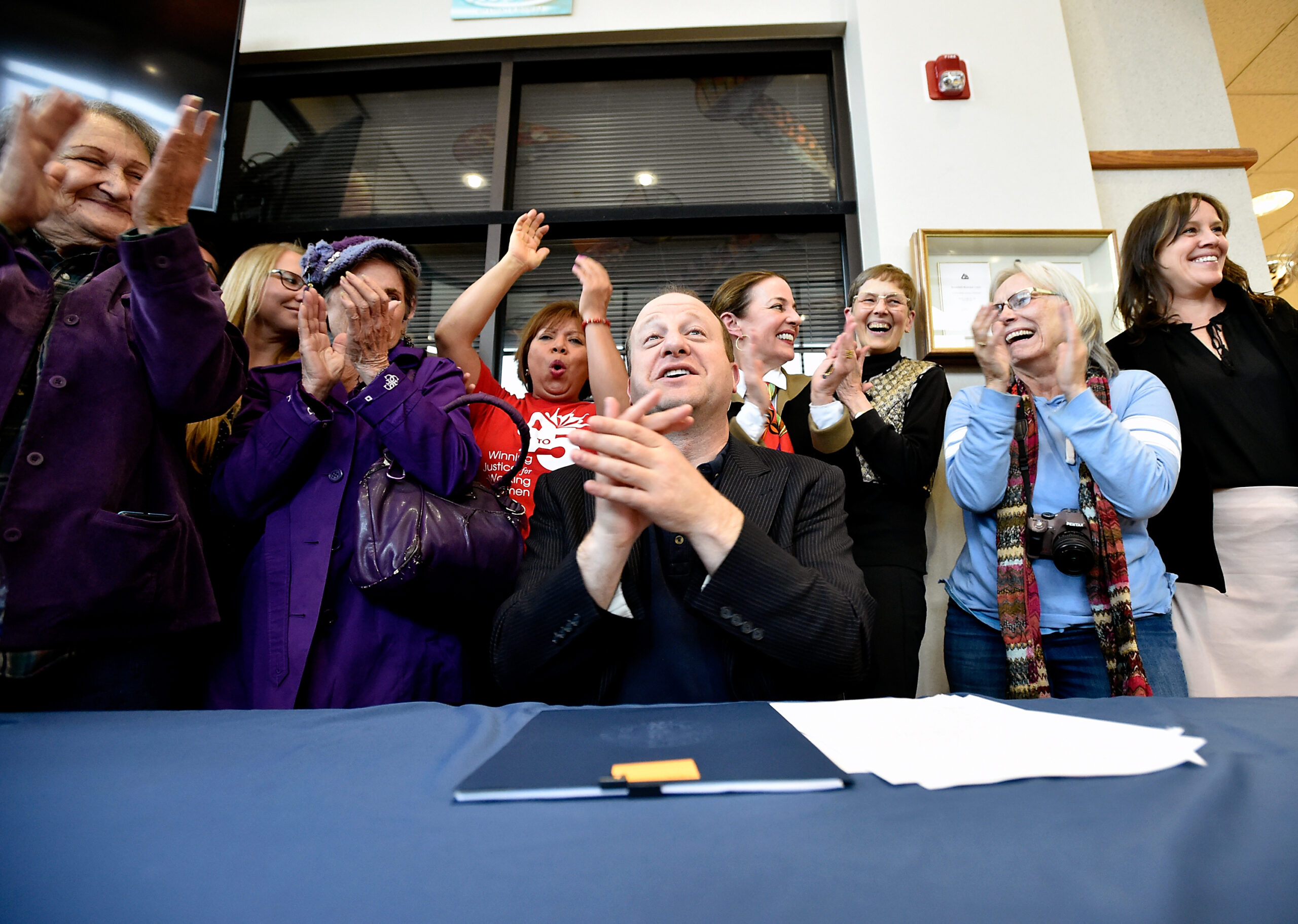 Two of the bills relate to changes to the state’s tax code, while the third bill concerns state property tax rates.

“Together, these bills provide meaningful tax relief so that families can afford to live in our great state a little bit better, and keep more money in their pockets,” Polis claimed at the signing event.

The bill also creates new deductions for businesses that convert to a worker-owned co-op, an employee stock ownership plan, or an employee ownership trust, according to its text.

According to the bill’s fiscal note, it is expected to general upwards of $90 million dollars during fiscal year 2021-2022. Next fiscal year, it is estimated to bring in over $140 million.

An analysis of the package by the Legislative Council Staff, a non-partisan arm of the General Assembly, shows the duo of bills could pay out over $450 million to low-income families in Colorado.

“Colorado’s tax code has been deeply unfair for far too long,” Sen. Chris Hansen, D-Denver, said. “Between our flat income tax structure, TABOR, and other restrictive fiscal policies, our state is entrenching power and protecting the status quo at the expense of hardworking people.”

Polis also signed Senate Bill 21-293 at the event, which will temporarily reduces the property tax assessment rates for agricultural and renewable energy land from 29% to 26.4%.

At the same time, residential property tax rates for single-family and multifamily homes will temporarily drop from 7.15% to 6.95%.

The bill has been criticized as an attempt to undermine a proposed ballot measure that would permanently lower property tax rates.

Fields told The Center Square in an emailed statement that the bills are being oversold.

“No matter how they try to dress it up, Democrats raised taxes and fees by over $600 million this session,” Fields said, in reference to a recent report by the Independence Institute. “At a time when families and small businesses are trying to recover from the pandemic, these increased taxes will only make it more difficult for them.”