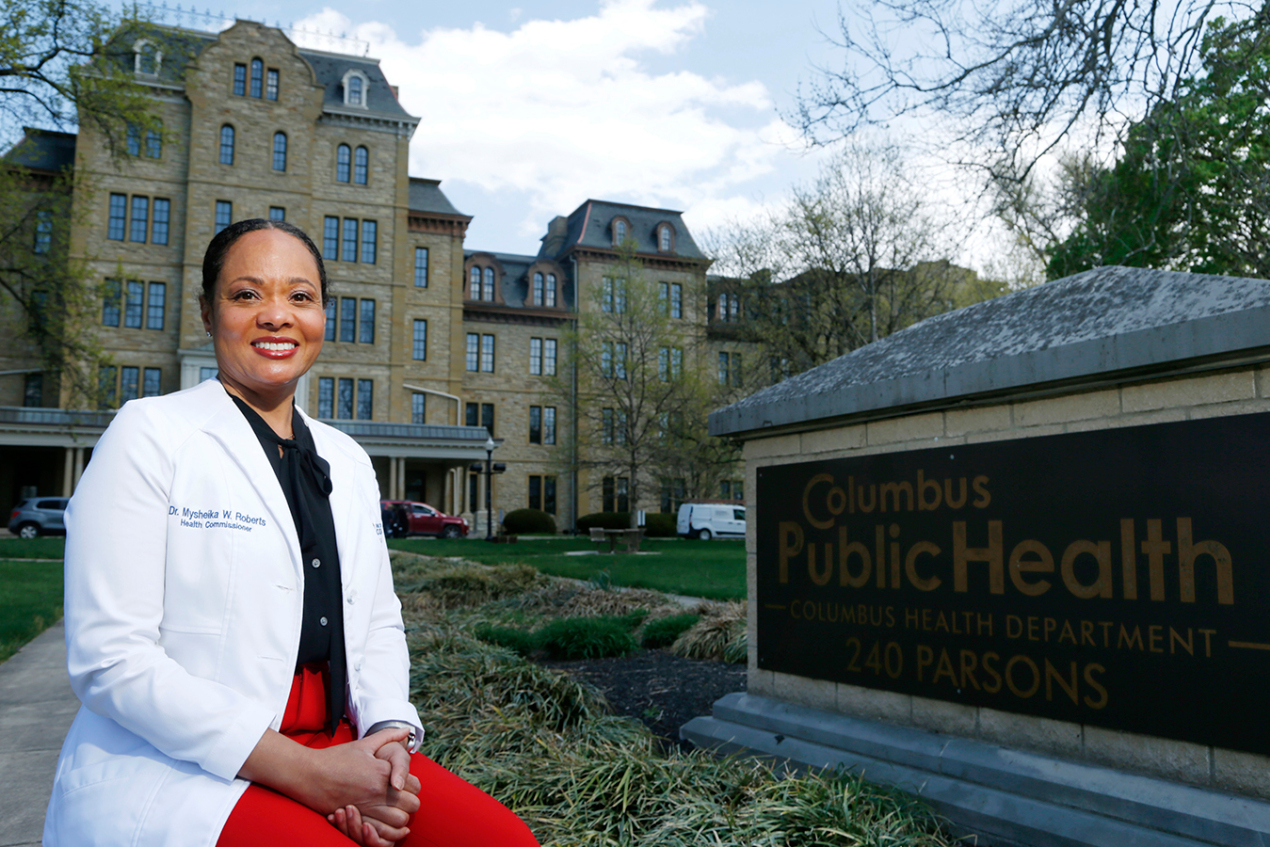 Congress has poured tens of billions of dollars into state and local public health departments in response to the covid-19 pandemic, paying for masks, contact tracers and education campaigns to persuade people to get vaccinated.

Public health officials who have juggled bare-bones budgets for years are happy to have the additional money. Yet they worry it will soon dry up as the pandemic recedes, continuing a boom-bust funding cycle that has plagued the U.S. public health system for decades. If budgets are slashed again, they warn, that could leave the nation where it was before covid: unprepared for a health crisis.

“We need funds that we can depend on year after year,” said Dr. Mysheika Roberts, the health commissioner of Columbus, Ohio.

When Roberts started in Columbus in 2006, an emergency preparedness grant paid for more than 20 staffers. By the time the coronavirus pandemic hit, it paid for about 10. Relief money that came through last year helped the department staff up its covid response teams. While the funding has helped the city cope with the immediate crisis, Roberts wonders if history will repeat itself.

After the pandemic is over, public health officials across the U.S. fear, they’ll be back to scraping together money from a patchwork of sources to provide basic services to their communities — much like after 9/11, SARS and Ebola.

When the mosquito-borne Zika virus tore through South America in 2016, causing serious birth defects in newborn babies, members of Congress couldn’t agree how, and how much, to spend in the U.S. for prevention efforts, such as education and mosquito abatement. The Centers for Disease Control and Prevention took money from its Ebola efforts, and from state and local health department funding, to pay for the initial Zika response. Congress eventually allocated $1.1 billion for Zika, but by then mosquito season had passed in much of the U.S.

“Something happens, we throw a ton of money at it, and then in a year or two we go back to our shrunken budgets and we can’t do the minimum things we have to do day in and day out, let alone be prepared for the next emergency,” said Chrissie Juliano, executive director of the Big Cities Health Coalition, which represents leaders of more than two dozen public health departments.

Funding for Public Health Emergency Preparedness, which pays for emergency capabilities for state and local health departments, dropped by about half between the 2003 and 2021 fiscal years, accounting for inflation, according to Trust for America’s Health, a public health research and advocacy organization.

Even the federal Prevention and Public Health Fund, established with the Affordable Care Act to provide $2 billion a year for public health, was raided for cash over the past decade. If the money hadn’t been touched, eventually local and state health departments would have gotten an additional $12.4 billion.

Spending for state public health departments dropped by 16% per capita from 2010 to 2019, and spending for local health departments fell by 18%, KHN and The Associated Press found in a July investigation. At least 38,000 public health jobs were lost at the state and local level between the 2008 recession and 2019. Today, many public health workers are hired on a temporary or part-time basis. Some are paid so poorly they qualify for public aid. Those factors reduce departments’ ability to retain people with expertise.

Brian Castrucci, CEO of the de Beaumont Foundation, which advocates for public health, calls Congress’ giant influx of cash in response to the crisis “wallpaper and drapes” because it doesn’t restore public health’s crumbling foundation.

“I worry at the end of this we’re going to hire up a bunch of contact tracers — and then lay them off soon thereafter,” Castrucci said. “We are continuing to kind of go from disaster to disaster without ever talking about the actual infrastructure.”

Castrucci and others say dependable money is needed for high-skill professionals, such as epidemiologists — data-driven disease detectives — and for technology upgrades that would help track outbreaks and get information to the public.

In Ohio, the computer system used to report cases to the state predates the invention of the iPhone. State officials had said for years they wanted to upgrade it, but they lacked the money and political will. Many departments across the country have relied on fax machines to report covid cases.

During the pandemic, Ohio’s state auditor found that nearly 96% of local health departments it surveyed had problems with the state’s disease reporting system. Roberts said workers interviewing patients had to navigate several pages of questions, a major burden when handling 500 cases daily.

The system was so outdated that some information could be entered only in a non-searchable comment box, and officials struggled to pull data from the system to report to the public — such as how many people who tested positive had attended a Black Lives Matter rally, which last summer was a key question for people trying to understand whether protests contributed to the virus’s spread.

Ohio is working on a new system, but Roberts worries that, without a dependable budget, the state won’t be able to keep that one up to date either.

In Washington, the public health director for Seattle and King County, Patty Hayes, said she is asked all the time why there isn’t a single, central place to register for a vaccine appointment. The answer comes down to money: Years of underfunding left departments across the state with antiquated computer systems that were not up to the task when covid hit.

Hayes recalls a time when her department would conduct mass vaccination drills, but that system was dismantled when the money dried up after the specter of 9/11 faded.

Roughly six years ago, an analysis found that her department was about $25 million short of what it needed annually for core public health work. Hayes said the past year has shown that’s an underestimate. For example, climate change is prompting more public health concerns, such as the effect on residents when wildfire smoke engulfed much of the Pacific Northwest in September.

Public health officials in some areas may struggle to make the case for more stable funding because a large swath of the public has questioned — and often been openly hostile toward — the mask mandates and business restrictions that public health officials have imposed through the pandemic.

In Missouri, some county commissioners who were frustrated at public health restrictions withheld money from the departments.

In Knox County, Tennessee, Mayor Glenn Jacobs narrated a video posted in the fall that showed a photo of health officials after referencing “sinister forces.” Later, someone spray-painted “DEATH” on the department office building. The Board of Health was stripped of its powers in March and given an advisory role. A spokesperson for the mayor’s office declined to comment on the video.

“This is going to change the position of public health and what we can and cannot do across the country,” said Dr. Martha Buchanan, the head of the health department. “I know it’s going to change it here.”

A KHN and AP investigation in December found at least 24 states were crafting legislation that would limit or remove public health powers.

Back in Seattle, locally based companies have pitched in money and staff members for vaccine sites. Microsoft is hosting one location, while Starbucks offered customer service expertise to help design the sites. Hayes is grateful, but she wonders why a critical government function didn’t have the resources it needed during a pandemic.

If public health had been getting dependable funding, her staff could have been working more effectively with the data and preparing for emerging threats in the state where the first U.S. covid case was confirmed.

“They’ll look back at this response to the pandemic in this country as a great example of a failure of a country to prioritize the health of its citizens, because it didn’t commit to public health,” she said. “That will be part of the story.”