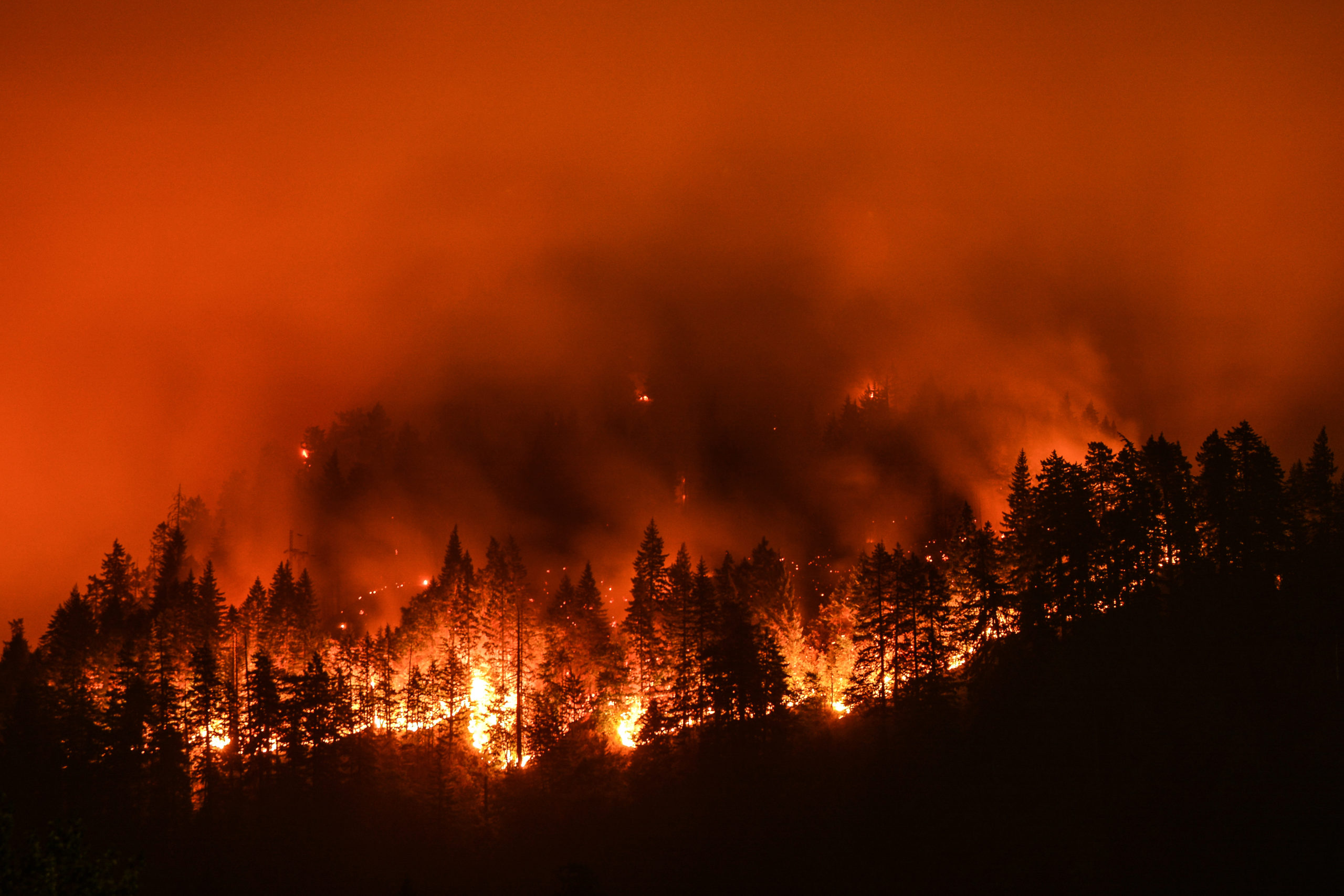 Recent rain and snow in parts of New Mexico have brought a temporary reprieve from the high fire dangers, but officials warn that the vegetation can dry out quickly and that precautions should be taken to prevent and prepare for wildfire.

“My biggest concern and concern from fire management is that people may become complacent because we have had a little bit of rain,” Teresa Rigby, a fire education and mitigation specialist with the U.S. Bureau of Land Management, told NM Political Report.

She said New Mexico is in fire season and that will continue through June and possibly into July.

“It really doesn’t take that much for things to turn around and where it was wet one day the next day it can burn,” she said.

The U.S. Drought Monitor, which releases a map every Thursday showing current drought conditions, shows slight improvements in drought in New Mexico this week compared to the previous week. While the entire state is experiencing some degree of drought, the severity has decreased in some areas. While last week’s map showed more than 52 percent of the state experiencing exceptional drought, that decreased to a little less than 48 percent in the most recent map.

“We would need a significant amount of rain and snow to make up for the deficit,” she said.

These storms have led to reduced fire danger in some parts of the state, leading to Carson National Forest choosing not to go into stage 1 fire restrictions on May 24 like it had previously planned.

“We’re grateful for all of the rain and snow that we’ve been getting recently in northern New Mexico, and we invite visitors to enjoy the beauty of the forest,” Forest Supervisor James Duran said in the announcement on May 20. “But we ask people to please recreate responsibly, make sure your campfires are completely out, and practice Leave no Trace principles.”

And Santa Fe National Forest announced on May 20 that only the west portion of the national forest will enter stage 1 fire restrictions on Monday.

“Fortunately, the east side of the forest has received a fair amount of moisture recently, but the west side remains extremely dry with high fire danger,” Forest Supervisor Debbie Cress said in a press release announcing the change. “Last weekend fire patrols on the Jemez Ranger District found another 14 abandoned campfires, one of which escaped the fire ring and had potential to become a wildfire. Stage 1 restrictions are the prudent way to reduce that risk until fire conditions improve on the west side.”

People can check what areas have fire restrictions by going to nmfireinfo.com/fire-restrictions.

Most fires are human caused

Mason said since January there have been 181 fires on state and private lands in New Mexico. These have charred 5,373 acres and some have destroyed homes.

Of those fires, more than 90 percent of them were caused by humans.

Humans can unintentionally start wildfires while burning debris, such as while clearing ditches, or by using equipment that creates a spark and catches dry vegetation on fire. Wildfires can also start when people leave campfires unattended.

Rigby also said humans tend to cause the majority of fires, however later in the year there is often an increase in lightning-caused fires.

That means people can take steps to reduce the likelihood of a fire starting.

Mason highlighted fires caused by sparks from dragging chains on the road while trucks are pulling trailers and blazes getting out of control during agricultural burning.

She also said people working on fence lines, including welding, cutting and grinding metal, should check the weather and take extra precautions to prevent a spark from starting a fire.

Rigby recommends keeping a fire extinguisher in vehicles and having a shovel and extra water to put campfires out when camping.

Mason and Rigby also emphasized steps that homeowners can take to protect their house. These include creating a “defensible space” around their home through landscaping.

Rigby said facnm.org/wildfire-preparedness is an interagency website where New Mexicans can receive tips about protecting their homes, including steps like cleaning debris off roofs.

Rigby also said if people see a fire, they should report it by calling 9-1-1.

Mason said climate change is increasing temperatures in New Mexico and leading to drier conditions. This can increase fire danger, especially if coupled with winds.

New Mexico experienced two years back to back without monsoon storms bringing significant moisture and the dry spring did not help.

“We’re hoping for a normal monsoon,” Rigby said, noting that the modeling currently shows that New Mexico can expect a more normal monsoon season this year.

That means more moisture and more rain, allowing vegetation to green up and, at least for a while, the fire danger will decline.

“We’ve had this strange weather and it really comes down to our changing climate,” Mason said. “We just don’t know what we’re going to get anymore.”

And fires can burn in any area and, she said, New Mexico has a variety of fuel types ranging from fine grasses to piñon-juniper woodlands and forests.This year, Mason said the State Forestry Division has seen fires in the bosque area in Valencia County.

“I think a lot of people don’t realize that a fire can start just about anywhere here in New Mexico,” she said.

This article was originally posted on Recent storms have brought moisture, but fire danger remains